In the last few weeks, after DC Comics announced that Superman’s son Jon Kent would be a bisexual character, as seen in comic book issue # 5 Superman: Son of Kal-El, the whole world has started talking about it. As would be expected, despite all the good idea to bring an interesting context to the LGBTQIA + community with an increasingly prominent character, there was profanity, prejudice and a lack of information on the part of some people. The highlight here in Brazil culminated in the homophobic comment from volleyball player Maurício Souza, who ended up being released from Minas Tênis Clube, in addition to being removed from the Brazilian volleyball team. This happened because, on his personal Instagram page, Maurício had posted an image of the gay kiss between John Kent and another character with the following caption: “It’s just a cartoon, it doesn’t matter. Go ahead and see where we end up. ”Anyway, let it be resolved.

But, back to the comic book discussion, according to the DC Comics editorial line, Clark Kent and Lois Lane’s son gets romantically involved with a friend. The relationship between Jonathan and Jay Nakamura, an activist hacker, is just one aspect that differentiates the current hero from his father. The comic book series, which has been out in the United States since June, follows Jon battling climate change-induced wildfires, avoiding school shootings, and even protesting the deportation of refugees to Metropolis, an allegory obvious to immigrants, a theme always addressed in the US. In other words, he’s a really committed character and this new revelation is completely consistent. 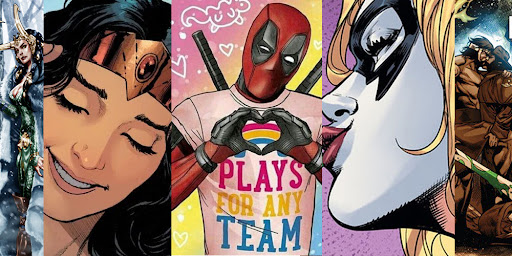 And it’s not just DC that in recent years has bet on characters that would bring more diversity to their stories, Marvel has been trying to take this step since it introduced so-called legacy characters, such as Miles, Thor, Heart of Iron, to Kamala Khan, among many others. This time around, we’re going to list ten amazing and exceptional characters here who were important for some barriers to be broken down, even as things like the Volleyball Player Affair keep happening. And it’s curious that so many great female characters had similar scenes, but only now decided to make a fuss. Anyway, if we forgot to name someone very important, let us know in the comments and say which character you like the most. 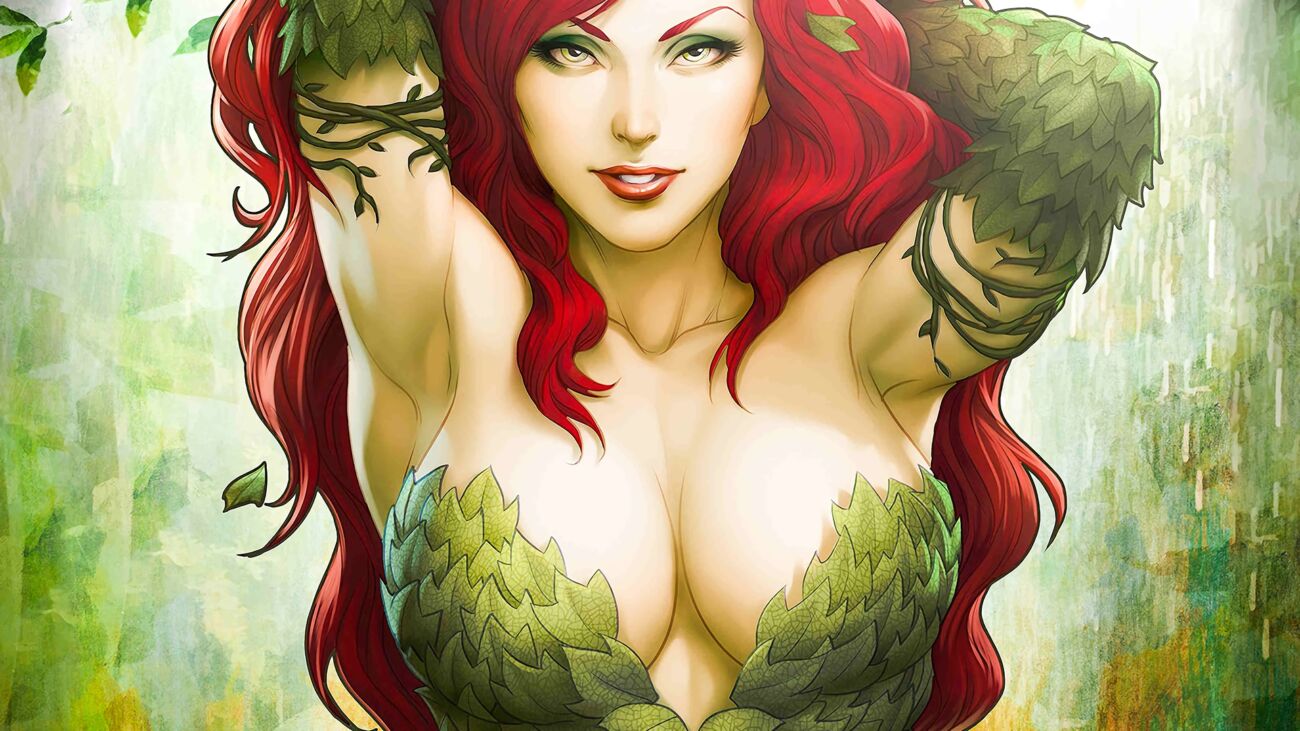 As you may know, Poison Ivy carries with it several symbols of the female figure, in addition to the extremely powerful and imposing figure that she appears to be. Ivy is an independent and determined woman who reminds her at all times that women don’t need men to defend them. He’s the kind of character who was born with a unique imagery force. There is no middle ground with Hera, who not only firmly believes that she is superior, but that all women are superior to men. She had several affairs with women in the comics and treated the opposite sex like a cat and a shoe. The big ones had only to accept and cry. 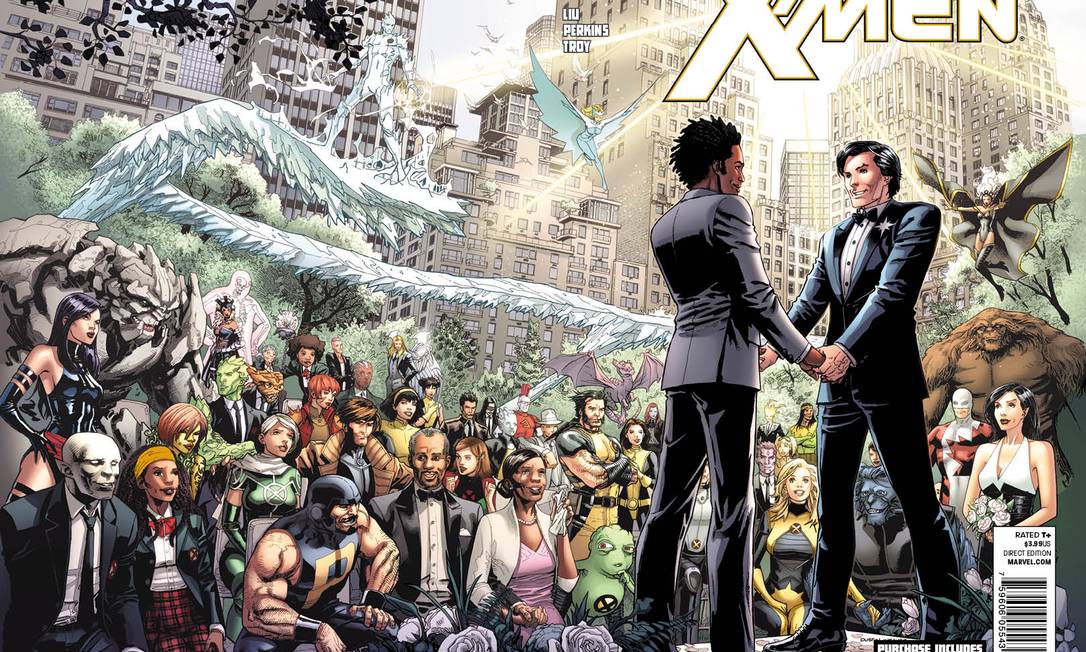 Northstar, or as Brazil was called, Estrela Polar, is Aurora’s twin brother and a member of Alpha Flight. Obviously, he and Aurora have a special bond, because when the two come together they are able to move at the speed of light and release a blinding glow. Northstar has always been homosexual, to the point of marrying in the classic X-Men Surprising Magazine, exactly at number 51. He marries his longtime partner, Kyle. Marvel editor-in-chief at the time, Axel Alonso, spoke about the case: “Our comics are always better when they reflect the real world. We have been doing this for decades and this is just the latest expression. It refers to the very time New York State allowed same-sex marriage. 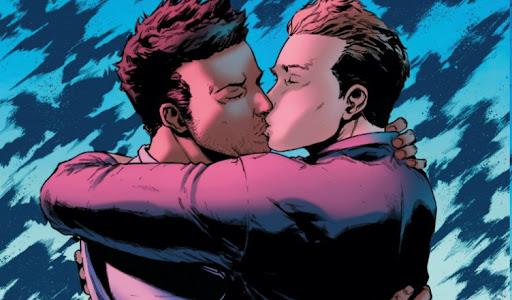 The most tragic fact in Iceman’s life isn’t that it took him years to be recognized as an Omega-level major mutant, but that it took him decades to become a gay man. The Ice Man (in the original) first appeared alongside myths like Cyclops, Jean Gray, Angel, Professor Xavier and Beast in the classic X-Men number 1 in 1963. He was created by master Jack Kirby himself and legend Stan Lee, becoming a central character in X-Men stories ever since. In 2015, readers finally discovered what they had suspected for years, the Iceman was gay! This happened after the original X-Men traveled back in time and found themselves in the present day. After talking to Jean Gray about the future, the Iceman discovers what he’s afraid to admit. Shortly thereafter, the current Iceman confesses that he has lived with this secret throughout his adult life. X-Men magazine, since its inception, has discussed the differences at length. 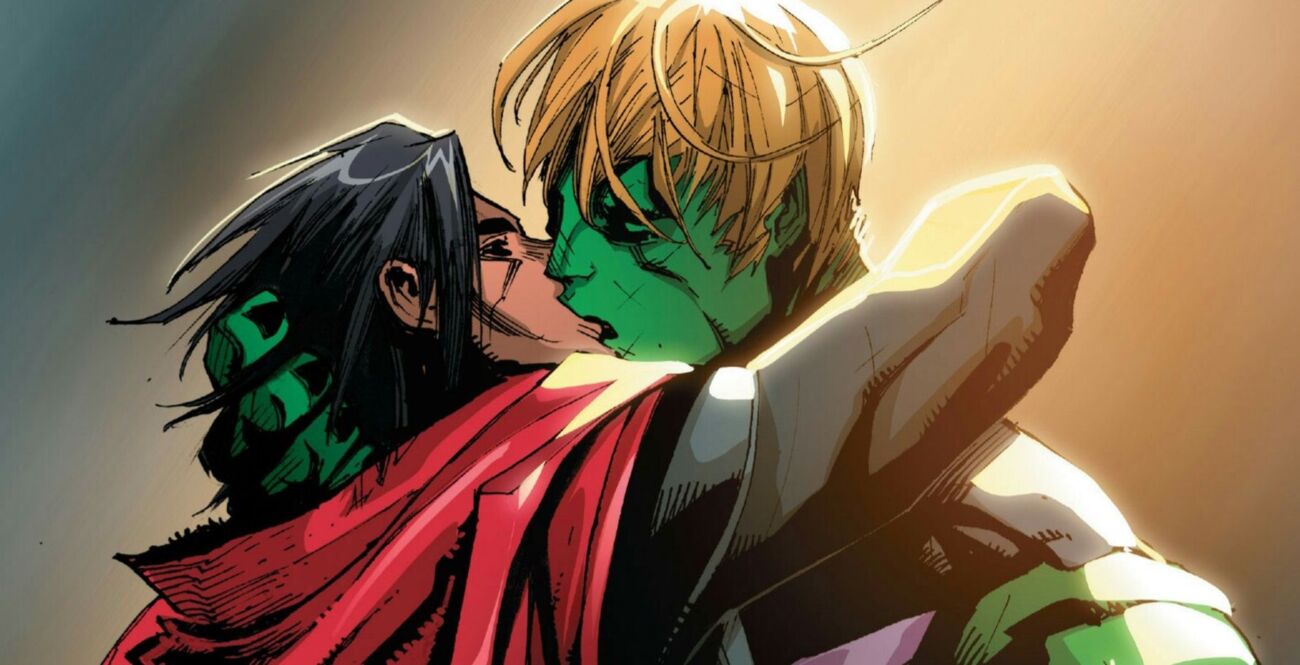 The Wiccan and Hulking duo (William “Billy” Kaplan and Theodore “Teddy” Altman) were first introduced to Young Avengers in 2005. Even though it seemed like the two were more than just friends, the relationship turned a lot of time to really develop. . In August 2020, in issue 4 of Empyre, the first homosexual marriage between superheroes is revealed on the official pages of the Marvel label, gaining a huge stir. In this issue, the duo travel to Las Vegas and get married before Hulking becomes Emperor of the Kree / Skrull alliance. Although it was a small celebration, the wedding was beautiful and brought together members of the Young Avengers. Make no mistake, this union was a giant leap forward for the comic book industry. 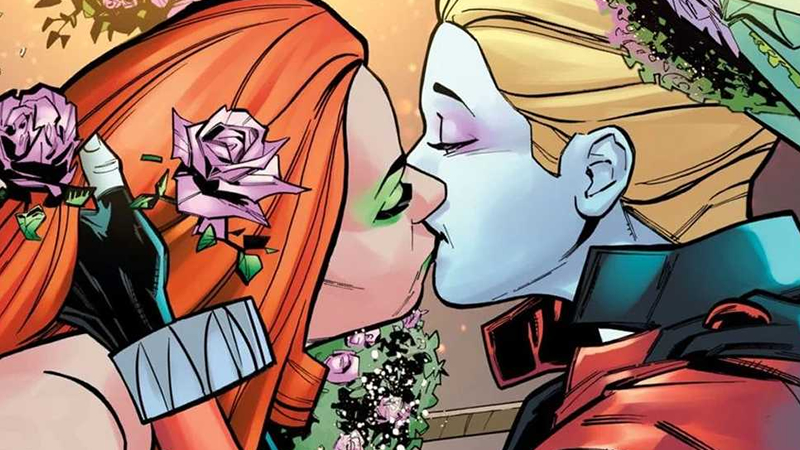 Yes, Harlequin has been the Joker’s “unofficial girlfriend” for decades, the star of the DC Cinematic Universe and the reason the label was able to connect with fans even at a bad time when they didn’t. never thought they would. She is younger than the most popular comic book characters and most importantly, less mature. But the best-selling character in DC is downcast, even more so than Batman. For years, she and Poison Hera shared a few moments, exchanging beards and innuendos that hinted at a certain sexuality between the two. However, DC has never admitted or denied anything. However, in 2017, Jimmy Palmiotti and Amanda Conner finally confirmed what fans have suspected for years, Harlequin is bisexual. In Arlequina issue 25, she and Hera finally kissed. 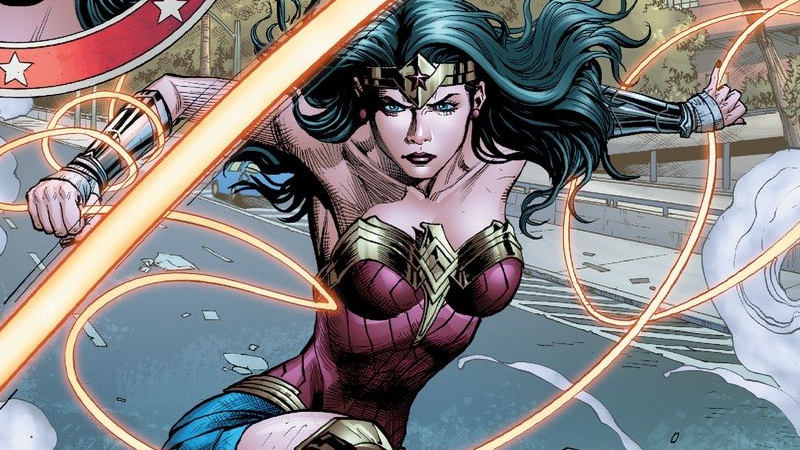 Wonder Woman was created by William Moulton Marston, famous for being married to Elizabeth Marston. He and his wife became famous for having a girlfriend, Olive Byrne. Together, the three had four children. Although they have never confirmed anything since her debut, DC has hinted at Wonder Woman’s sexuality. That is, until Greg Rucka is asked about Diana’s sexuality and replies, “Of course she’s bisexual.” DC doesn’t seem like it wants to get into this for real, but today we know that Wonder Woman is what many believed and hoped for: a role model for people of all ages, races, and sexualities. It is gigantic as a character.

John Constantine first went public with his bisexuality in 1992 in Hellblazer issue 51, with the following statement: “my girlfriends, my weird boyfriend … they all have a bad habit of giving up on me.” Although known, this bisexuality has never been put into practice. In other words, other than one phrase or another in the comics, Constantine never showed any form of attraction to men. Fortunately, after several live-action appearances, the version that appears in the Legends of Tomorrow series made it clear that it appeals to both women and men. This version of the character is the most authentic version we’ve seen outside of the comics to date. 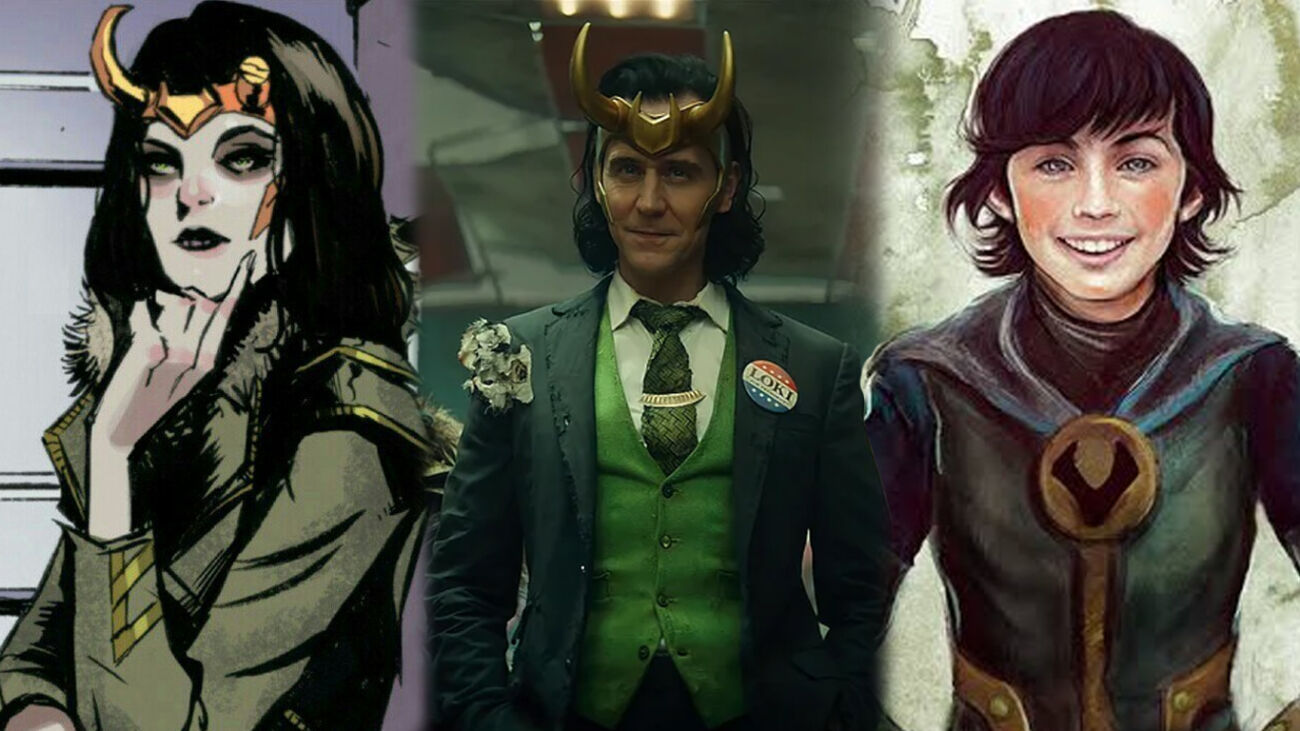 Unlike the other LGBTQ characters on the list, Loki was also mislabeled, as Genderfluid is defined as not identifying as male or female, therefore being non-binary. They believe he was labeled this way because it’s the easiest way to describe his shapeshifting abilities, it’s because he can change his appearance between male and female. No matter what he’s labeled, Loki has made it clear that his sexuality is based on cultural beliefs different from those we know on Earth: “My culture doesn’t really share your concept of gender identity. There are sexual acts. That’s it. ”As one of Marvel’s most popular villains today, Loki is a figure of plural sexuality. 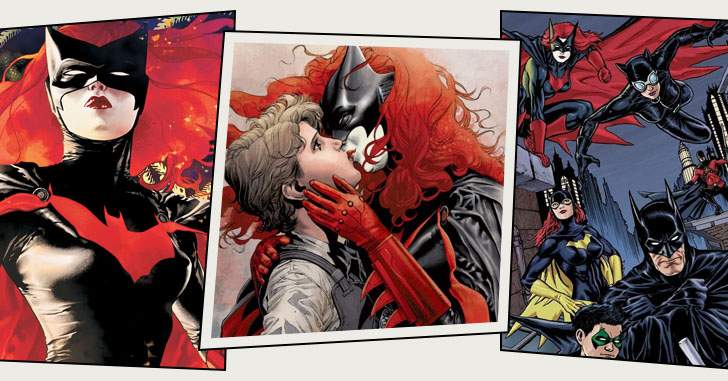 At a young age, Kate Kane, a wealthy, lesbian, socialite and Jewish young woman, was traumatized by the kidnapping and murder of two dear members of her family, her mother and sister. Kate moved in with her father and joined the Navy to impress him. Sadly, Kate was released from the service after declaring herself gay. After being fired, she found herself on the wrong side of a robbery, but as soon as the abuser entered, Batman showed up and saved her. Feeling the thrill of being saved by Batman, Kate became the new version of Batwoman. Readers also discovered that she had a girlfriend, Renee Montoya. Batwoman became a trailblazer in the LGBTQ community, where she not only had one of the best recent stories on the art note, but was also the first openly gay comic book character to win a TV series. 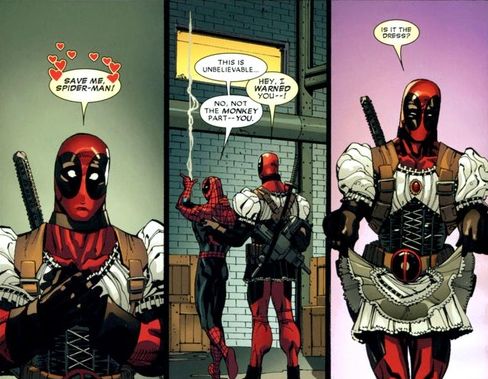 Former Deadpool writer Gerry Duggan said the hero was sexually attracted to “anything that moves”. Over the years, he made comments that sparked the interest of fans who wanted to know who the anti-hero was related to. Dominoes, Wolverine, Cable, Spider-Man, and Punisher are just a few of those mentioned, because there is so much more. Deadpool has breathed new life into an industry that is upright and often takes itself too seriously. Several writers have made good use of the character’s comedic appeal to talk about his sexual attractions. Even Ryan Reynolds has publicly stated that he wants to explore this pansexual side of the panicked hero in his future films, not least because he appeals to readers of all ages, beliefs and opinions, making him one of the greatest LGBTQ characters in the world. the comics.