They are dying to save the world, and we are dying that the premiere of “The Suicide Squad” is coming soon! Yesterday, a new James Gunn-led DC adventure trailer from “ Guardians of the Galaxy ” was released by surprise, which made fans even more excited for the film.

And how not to get excited ?! But until the date arrives, we’ve got some work to do: it’s time to meet the characters in this insane story – and look, there are plenty of them!

In the film, the unlikely Task Force X group, led by Colonel Rick Flag, will have to infiltrate the island of Corto Maltese in Latin America to destroy a sort of Nazi prison. The site conducts experiments with political prisoners, making them the world’s first metahumans. To do this, they must go through the dictator president Silvio Luna and his army, led by Mateo Suarez. 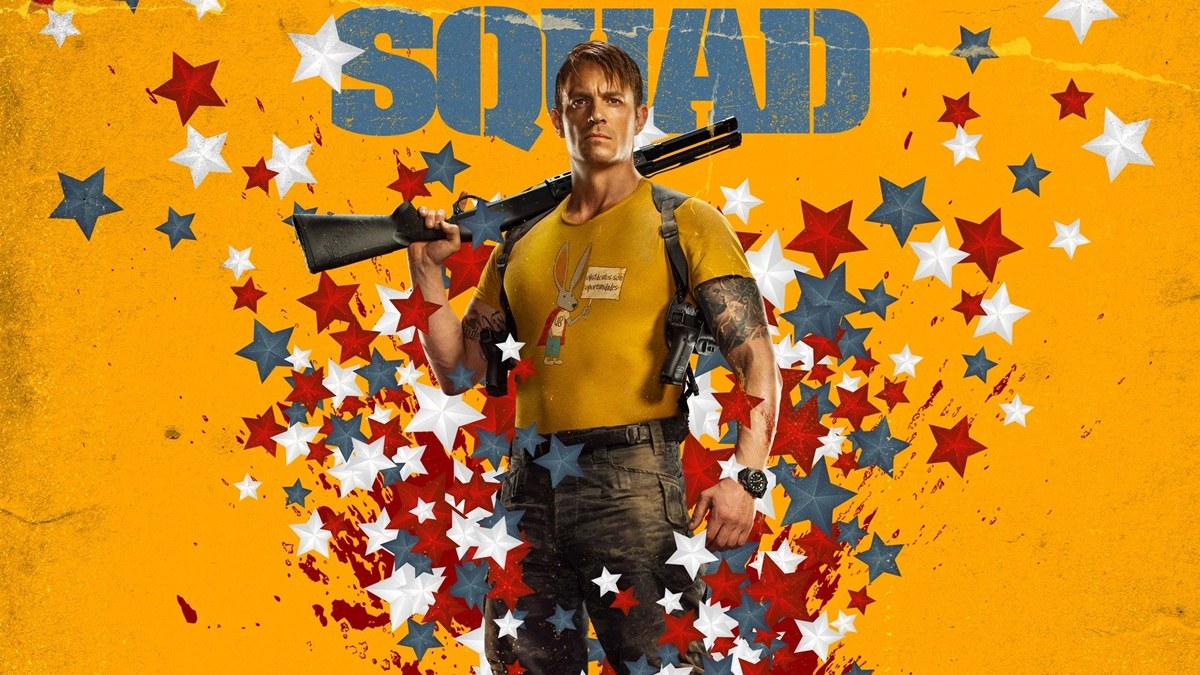 Task Force Chief Col. Rick Flagg (Joel Kinnaman) returns from the first film with Harlequin, Captain Boomerang and Amanda Waller. Chief of special operations of the army, it is he who commands the mission of this very heterogeneous team. 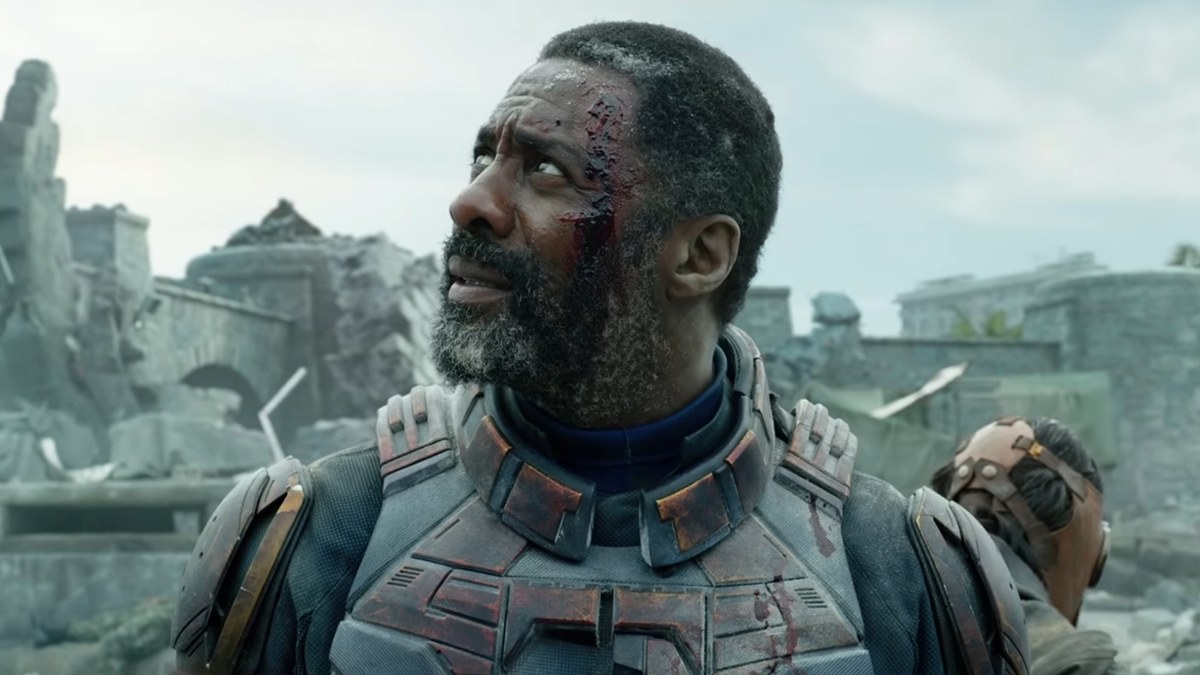 Bloodsport is a code name that has been used by more than one of the villains in the DC Comics universe, all enemies of Superman. The most famous is Robert DuBoius, the character of Idris Elba in the film.

In the comics, DuBois flees the draw to fight in the Vietnam War, but is obsessed with discovering that his brother has been sent in his place. Morally averse to combat and in poor sanity, he ends up being hired by Lex Luthor to kill the Man of Steel with a kryptonite bullet. Hence not only the enmity but also the reason for his arrest in Belle Reve. 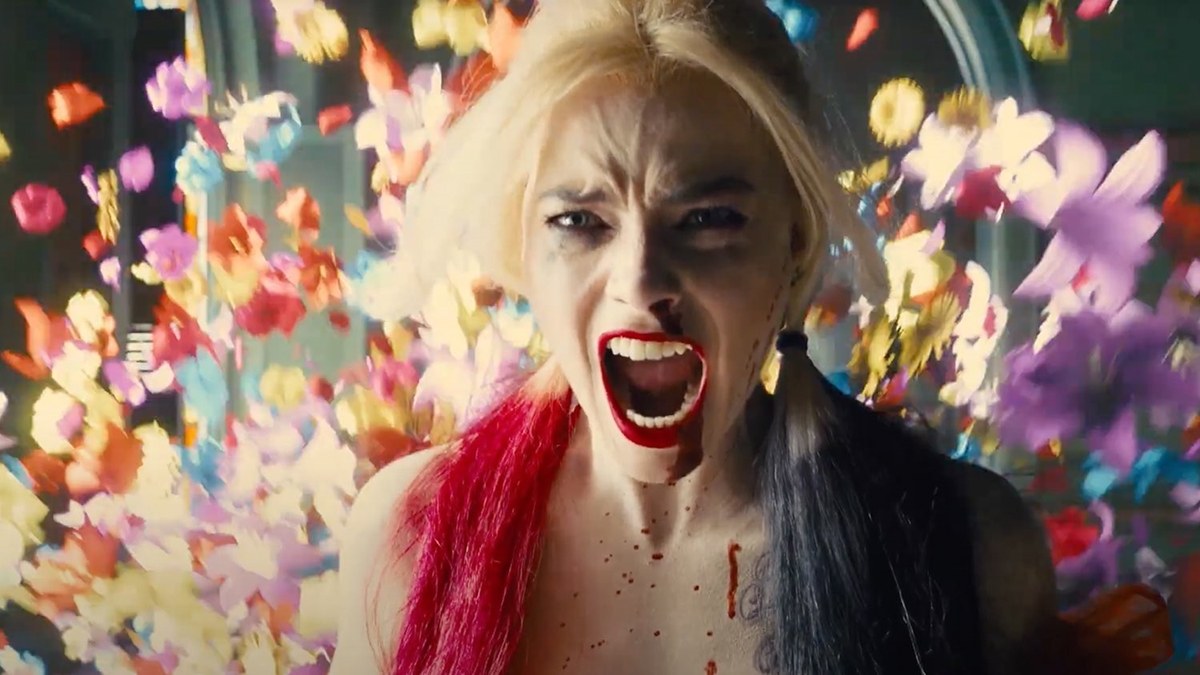 The most famous of the characters in the squadron, she was a psychiatrist who met the Joker while attending Arkham Asylum. After becoming the girlfriend and right-hand man of the Crime Clown, she continues to terrorize Gotham City, before being captured by Batman and sentenced to Belle Reve.

After the first Task Force X, Harlequin (Margot Robbie) is rescued from prison by the Joker, which led to the events of the feature film “Harlequin and the Birds of Prey”, in which she sets out in search of her independence by as a mercenary. 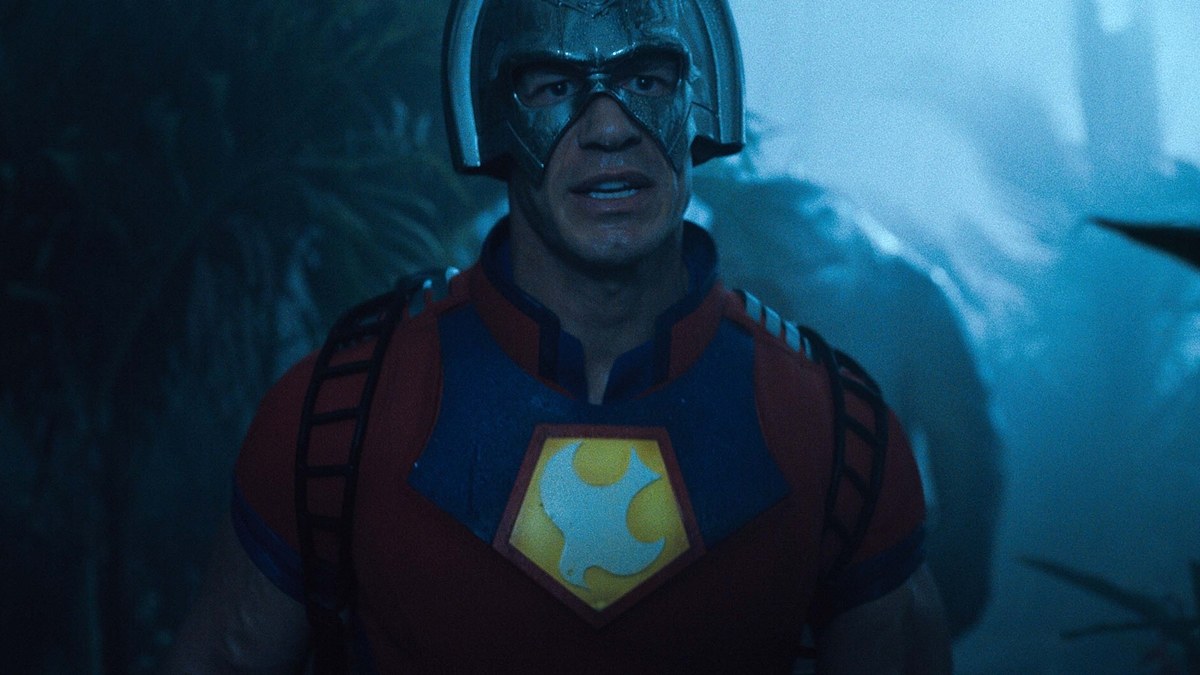 Christopher Smith, the peacemaker (John Cena), is a man who believes in peace at all costs – which makes him a violent extremist who eliminates anyone who stands in his way. He was captured by ARGUS and taken to Belle Reve prison after committing a series of murders, allegedly “in the name of peace”. 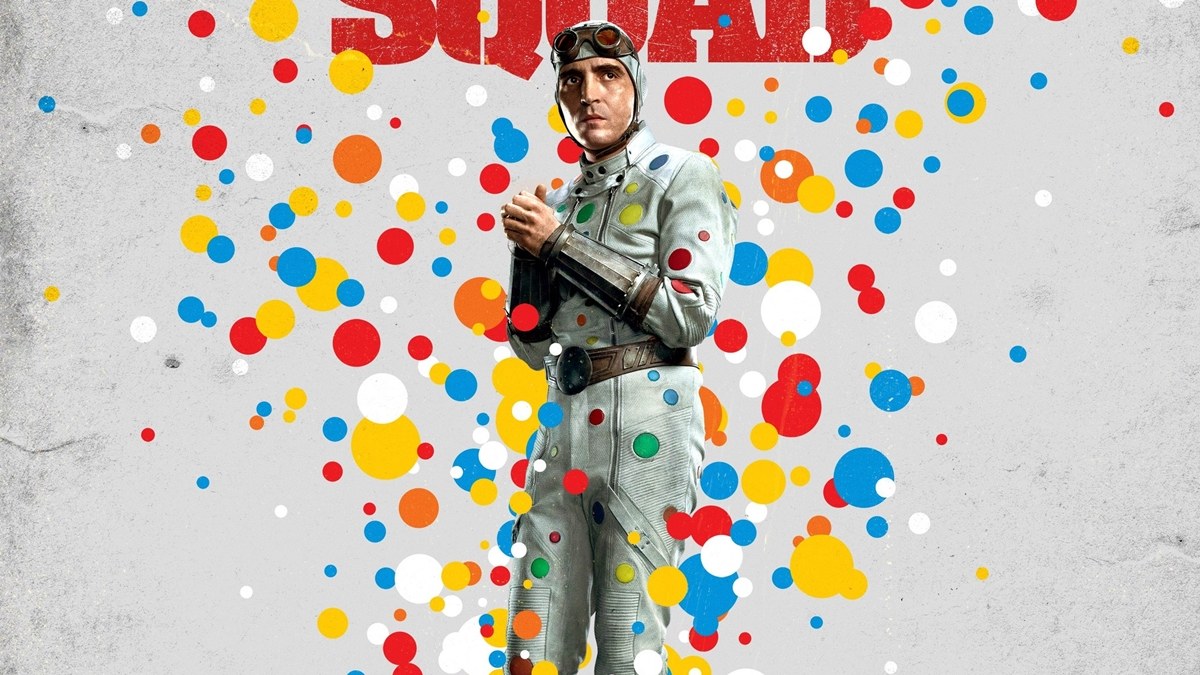 Abner Krill, the Polka Dot Man (David Dastmalchian), is a criminal who has the ability to produce multiple colored bullets from his costume, each color representing a different weapon. Among the weapons it manages to produce are explosives, lethal blades, and even rescue vehicles. In the comics, he’s a tertiary Batman villain first, and the oddity of his powers is his biggest characteristic. 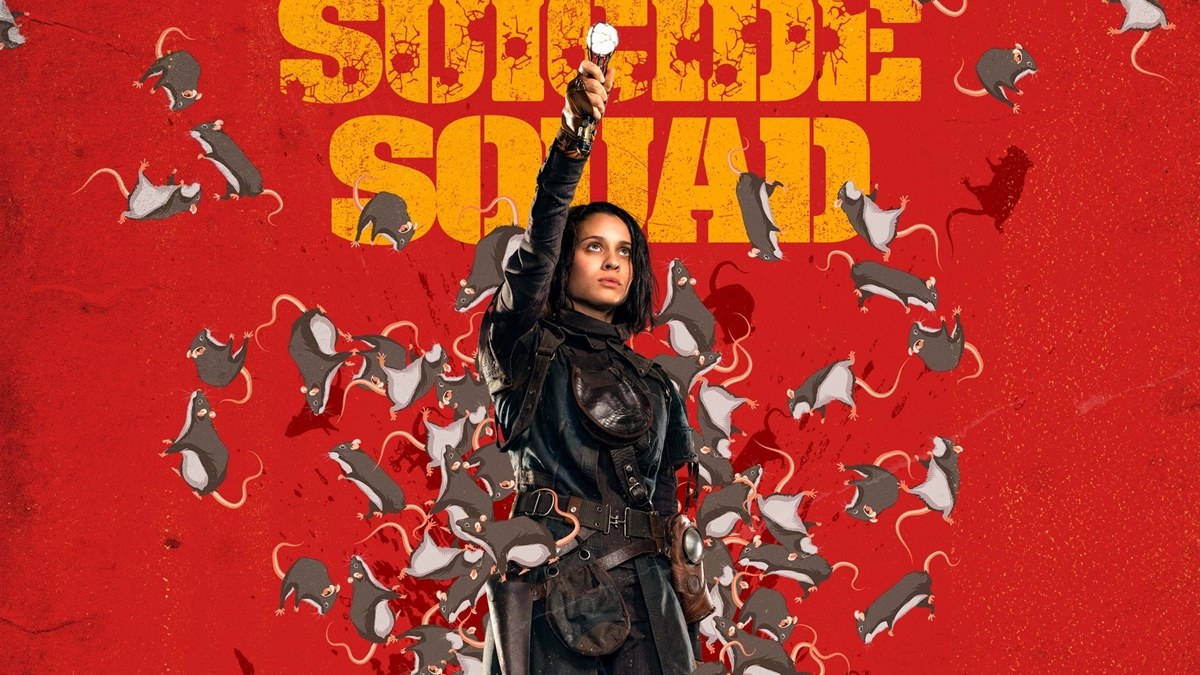 In the comics, the character Ratcatcher, or Mouse Hunt, is the supervillain Otis Flannegan, Batman’s foe who has the ability to attract and control voles to torture and control his prisoners.

In the film, however, Ratcatcher 2 (Daniela Melchior) will be a protégé of Otis Flannegan, trained by him from childhood to take on the role if captured. 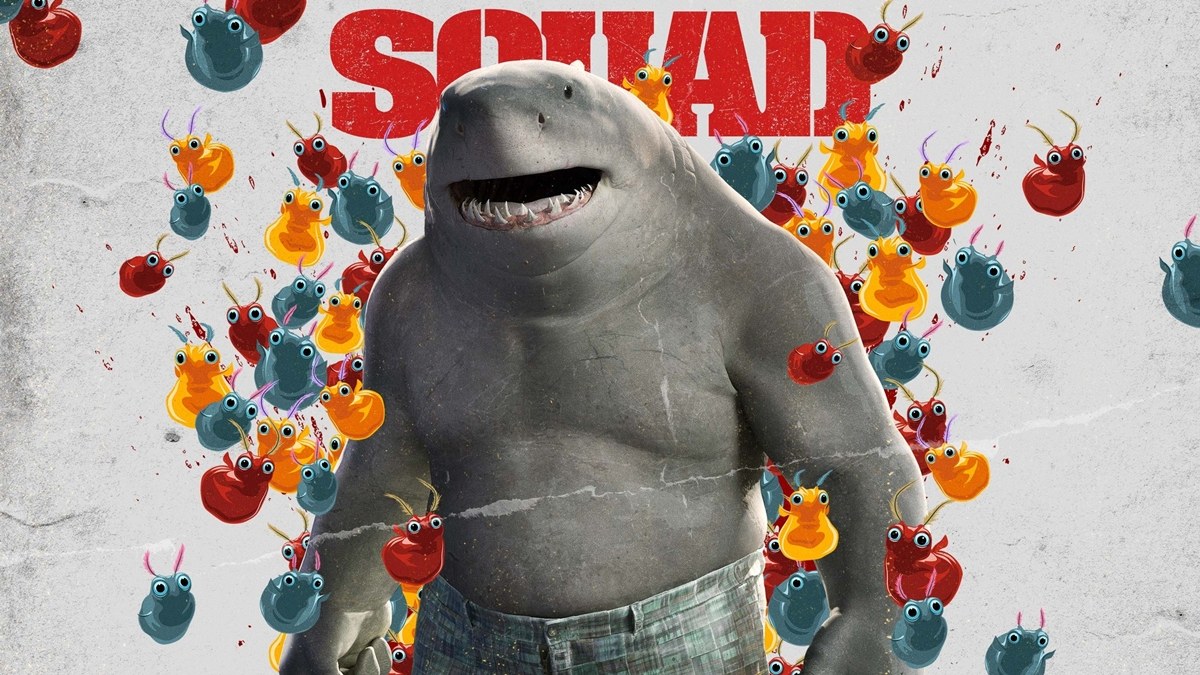 Nanaue, the shark king (voiced by Sylvester Stallone), is a humanoid born in Hawaii, son of the shark god, the king of all sharks. Very strong and with extremely strong hearing he is originally an Aquaman villain. Considered a deadly weapon, the King-Shark has sharp teeth and strong leather, and it is scary because of its size. In the film, you will have a docile and friendly personality. 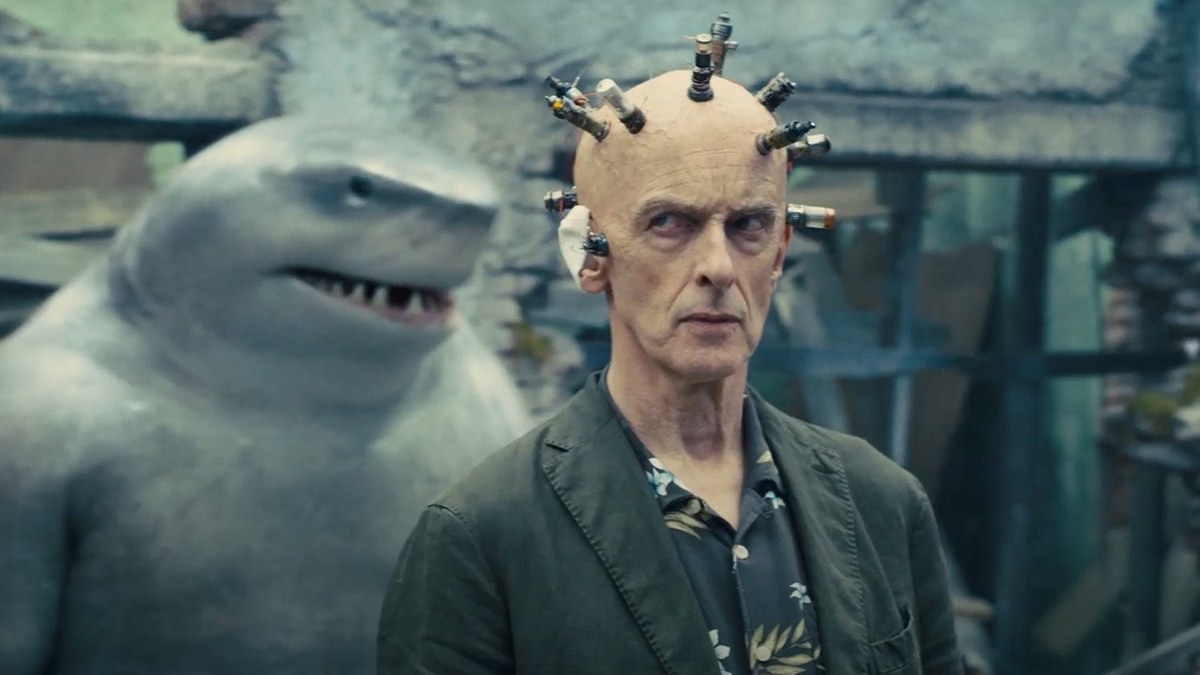 The Thinker is a title that has been used by more than one character in DC comics. The main one, however, is Clifford DeVoe (Peter Capaldi), a supervillain with telepathic abilities. He was a failed lawyer whose career ended in 1933. When he realized that most of his clients had physical strength, but not intelligence, for wickedness, he decided to give his career a shot. DeVoe was always on the hunt for the greatest scientific inventions to use to his advantage, and that’s how he found a helmet capable of projecting his mental toughness. 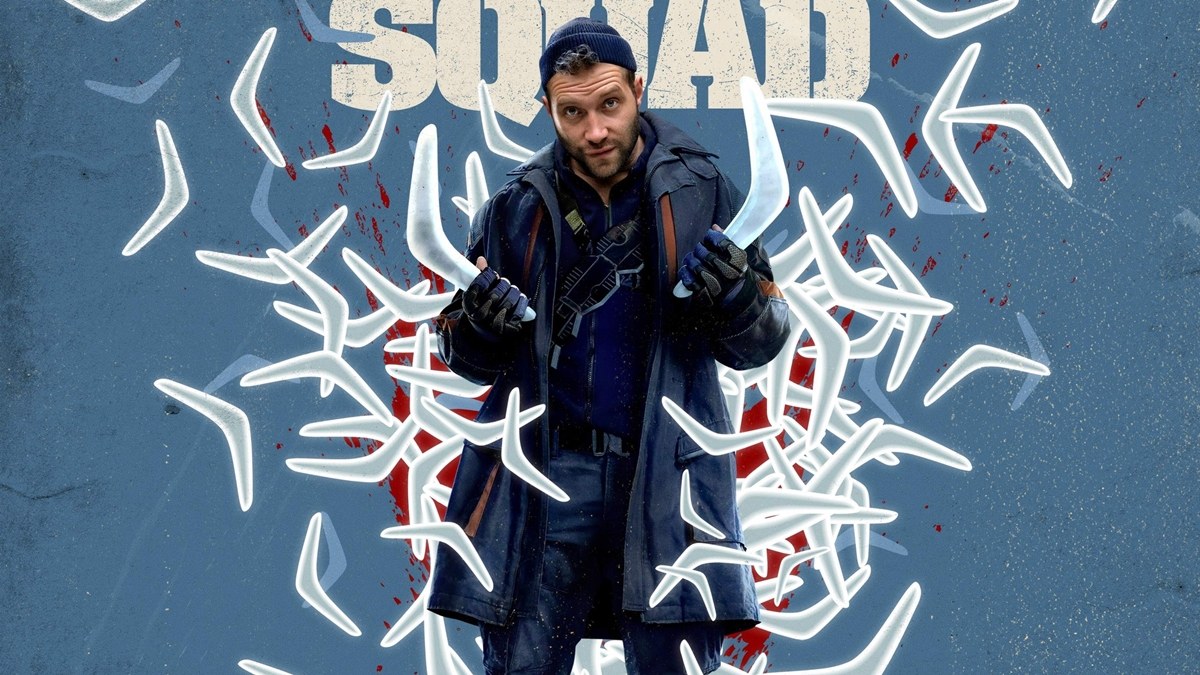 Also returning from the 2016 feature film, Captain Boomerang (Jai Courtney) is an Australian villain who has learned to use boomerangs to his advantage as a weapon. Your role in the film will likely be similar to the previous one. 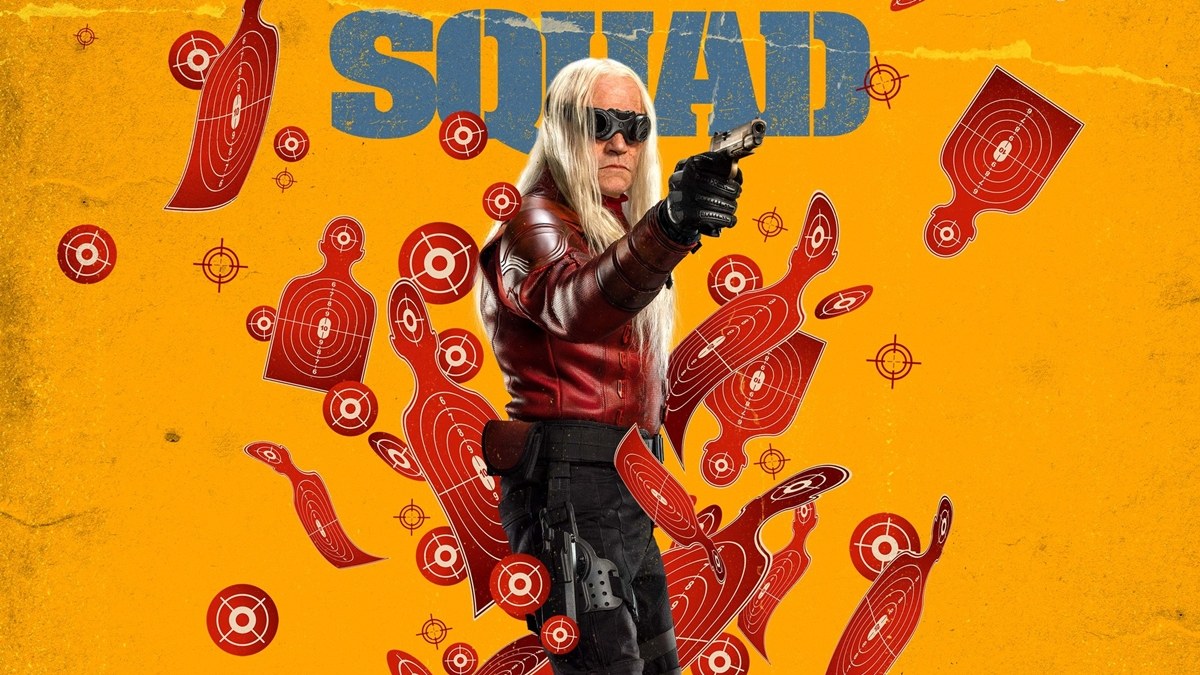 In the comics, Brian Durlin (Michael Rooker) is a spoiled heir who moved to Gotham with the intention of becoming a vigilante. When Batman tries to convince him not to step into this life, because he doesn’t care as much as he should about protecting others, Durlin decides to invest in a financial blackmail business. Using the identity of the Sage, he uses technology to hunt clues of criminals and eliminate them without sparing violence. 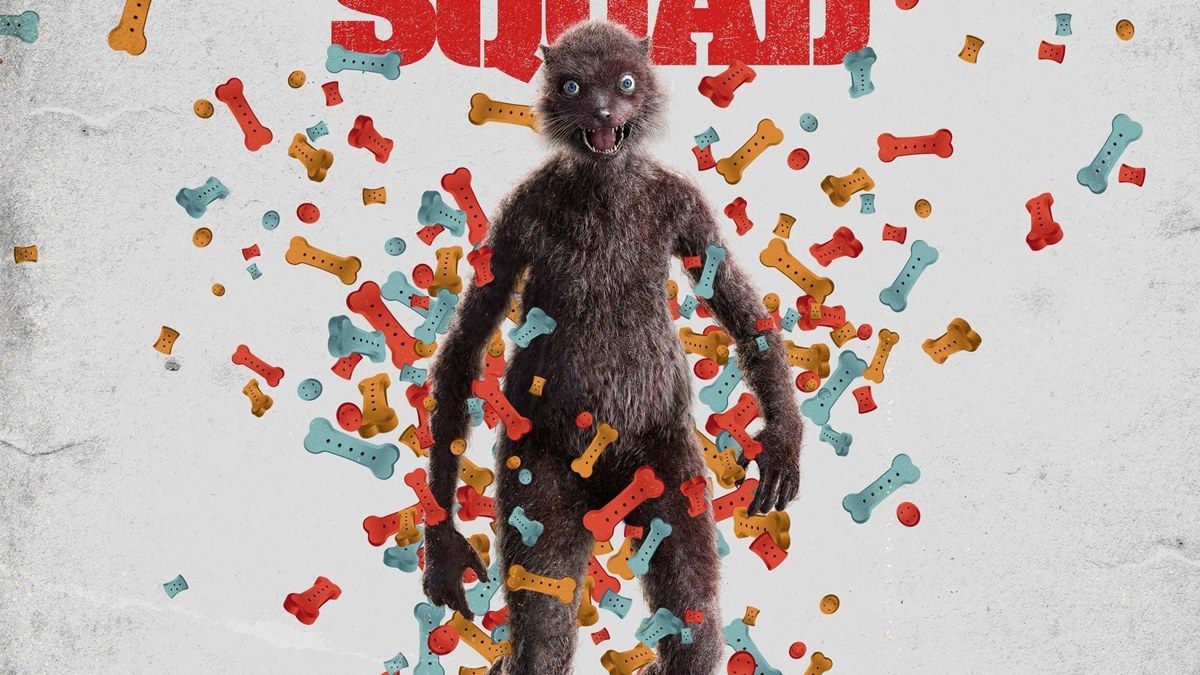 In the DC Comics comics, John Monroe (Sean Gunn) was a lonely, bitter, and resentful college professor. This is because as a student he was the butt of jokes from his colleagues, who nicknamed him “weasel”, which left him very traumatized. When he realizes that his ex-colleagues are occupying high professional positions where he is educated, he goes in search of revenge, and decides to wear a weasel costume, with sharp claws, hair and all. 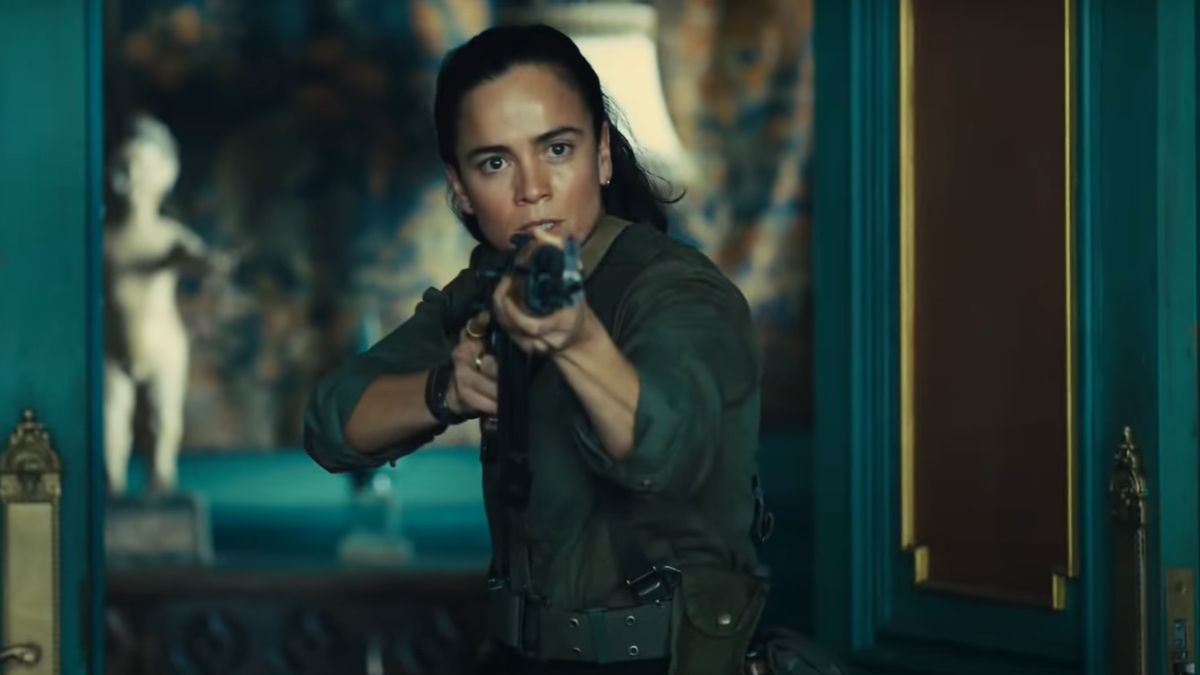 Despite little concrete information about Alice Braga’s character, it is assumed that she is a version of Juan Soria, a criminal who is part of the Suicide Squad in the comics.

In the film, Sol Soria is the leader of a revolutionary movement called the Maltese Resistance, which opposes the government of Silvio Luna. Soon, she will be an ally of Task Force X, although initially reluctant. 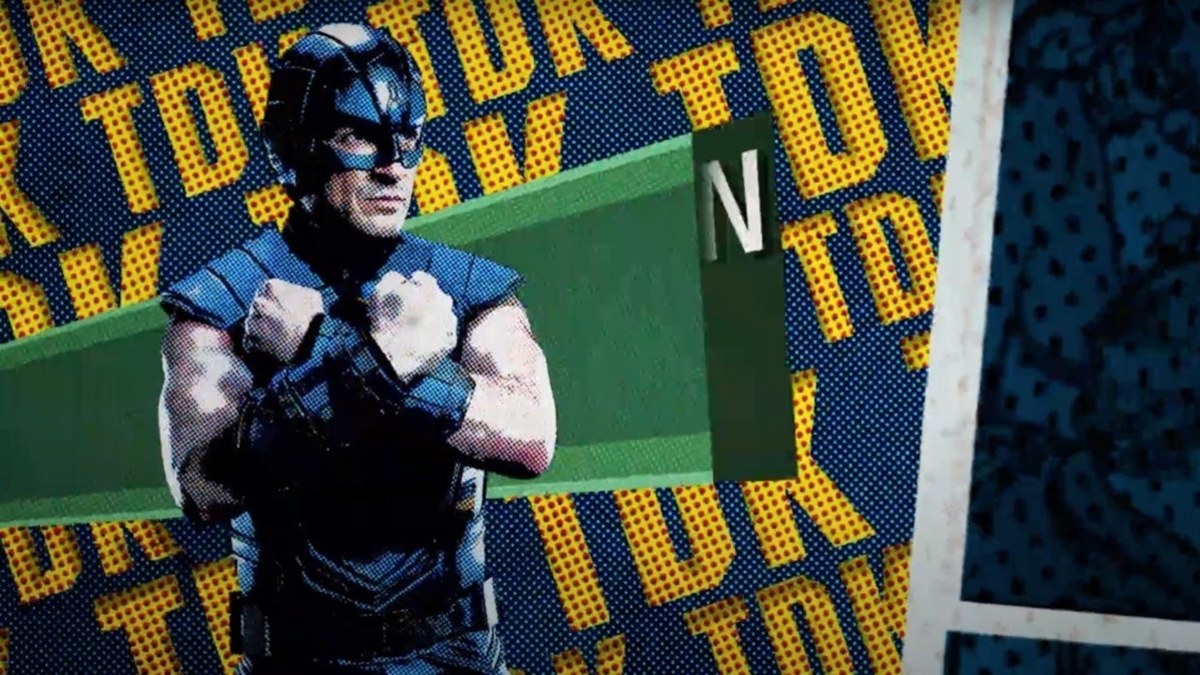 Nathan Fillion’s character doesn’t have an exact equivalent in the comics. He is an original creation by James Gunn, but takes inspiration from the character Arm-Fall-Off-Boy, who made a rare appearance on the pages in 1989. His power is the ability to withdraw his own arms and use them as a weapon hitting people. Not that it’s one of the most fascinating powers on the planet, is it? In fact, it was precisely for this reason that he was rejected by the Legion of Superheroes.

Despite this, it is possible that the character has other characteristics in the film. The acronym TDK is an acronym for The Detachable Kid. 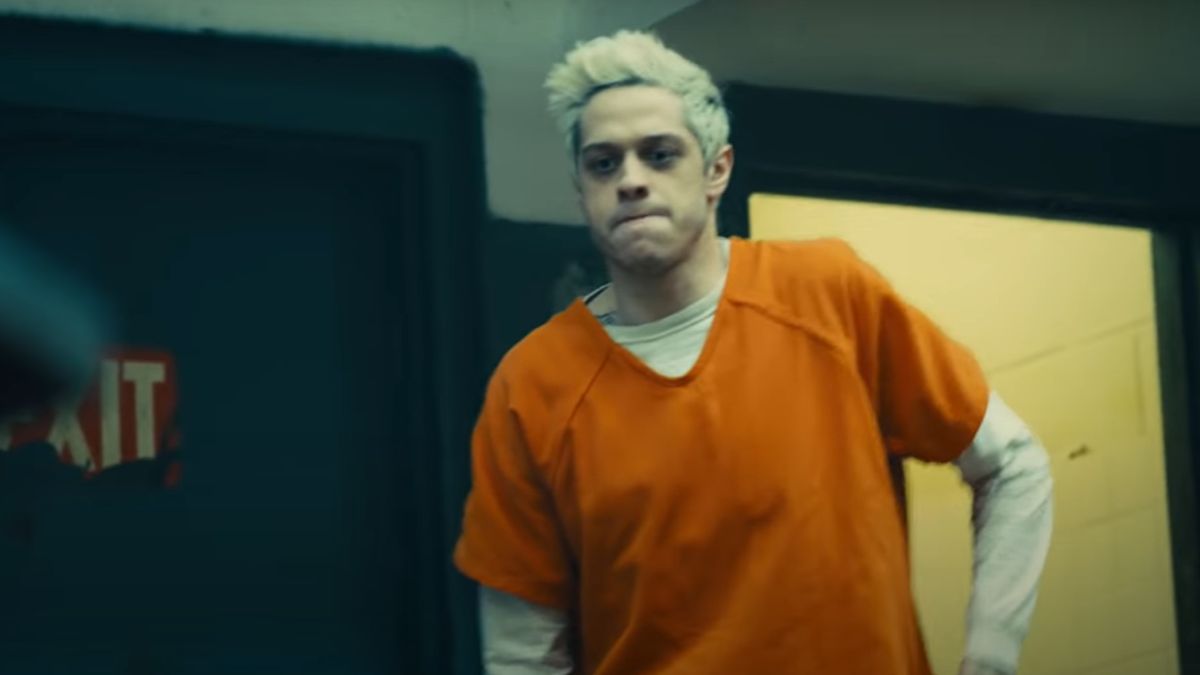 Richard “Dick” Hertz (Pete Davidson) is a common criminal who was recruited and trained by Team 1000, who gave him his energy and combat powers. He was then recruited by Amanda Waller and joined the Suicide Squad. 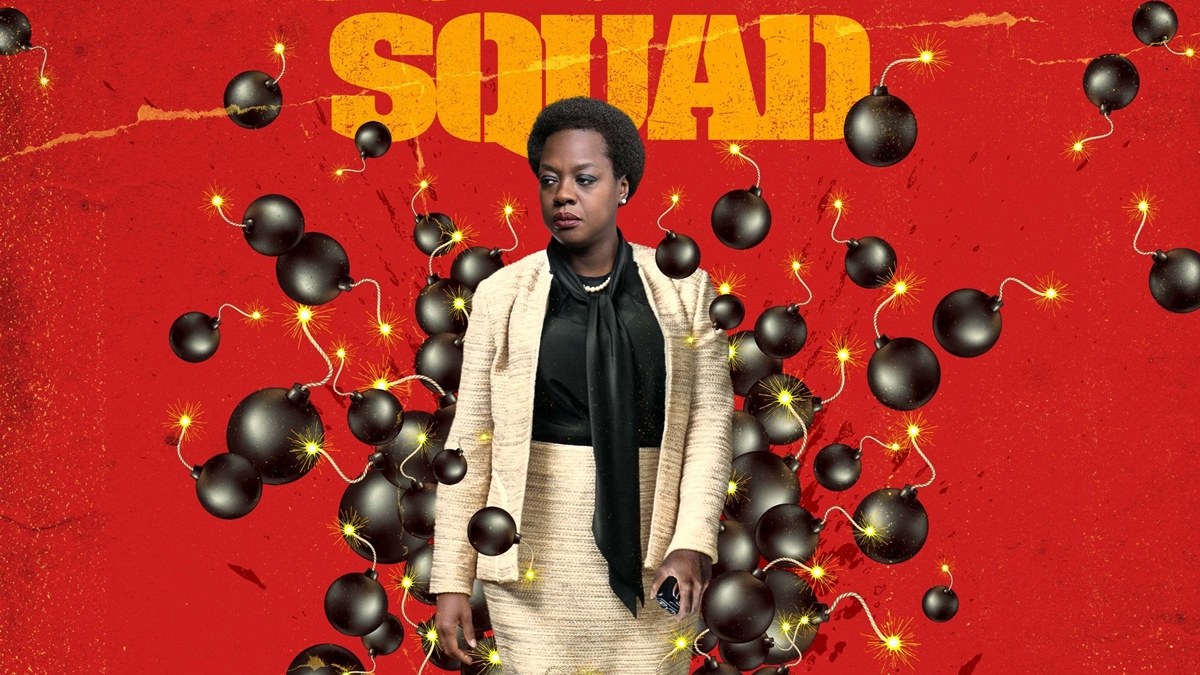 Amanda Waller (Viola Davis) is the director of ARGUS, a government organization tasked with managing tasks involving threats caused by overpowered humans. Relentless and very determined, she is responsible for Task Force X, which she herself recruited to manage missions too dangerous for anyone. 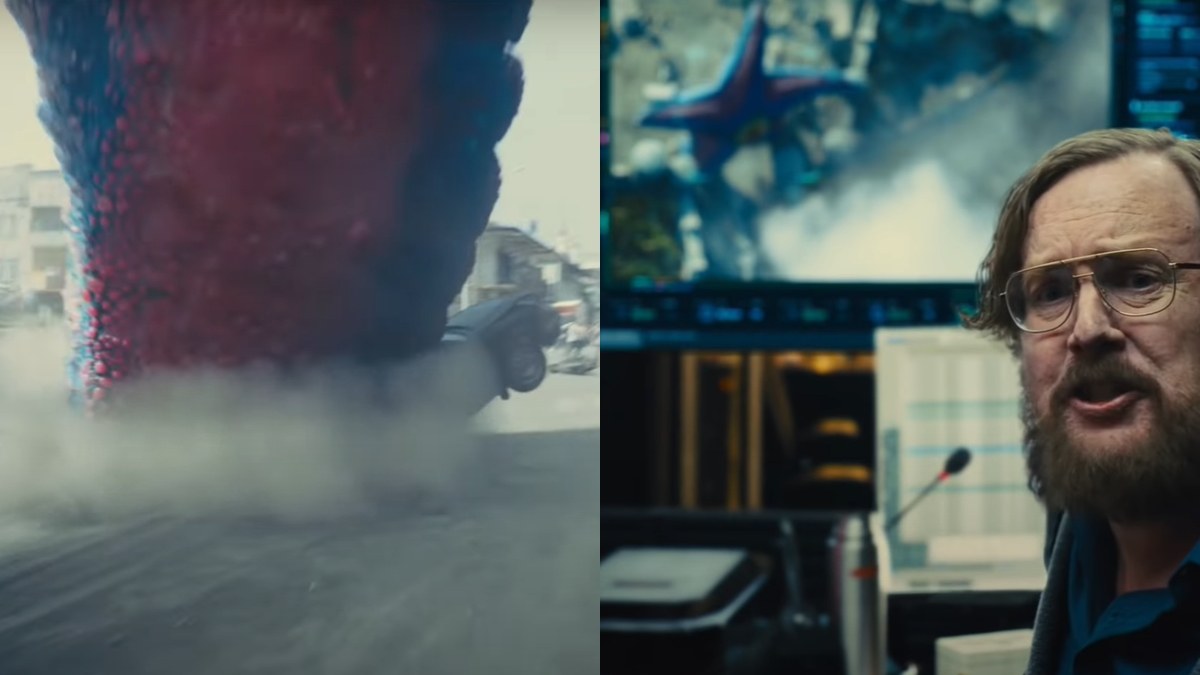 The big reveal of the “The Suicide Squad” trailer is Starro, the Star Conqueror. The Justice League’s first enemy, he is an alien in the form of a gigantic starfish with one eye in the center of his body. The entity scours the universe in search of a planet to rule over, and that seems like the main threat our unlikely heroes will face in the film.

Although the material does not reveal many details about its origin, it is possible that in this version it is the result of one of Silvio Luna’s experiences in Corto Maltese, and the real reason why the mission of the fight was entrusted to the Force. -Task X.