Are you at home looking for something to do? We’ve separated 15 fantastic movies available in the Amazon Prime Video catalog to help quench the thirst for cinema. 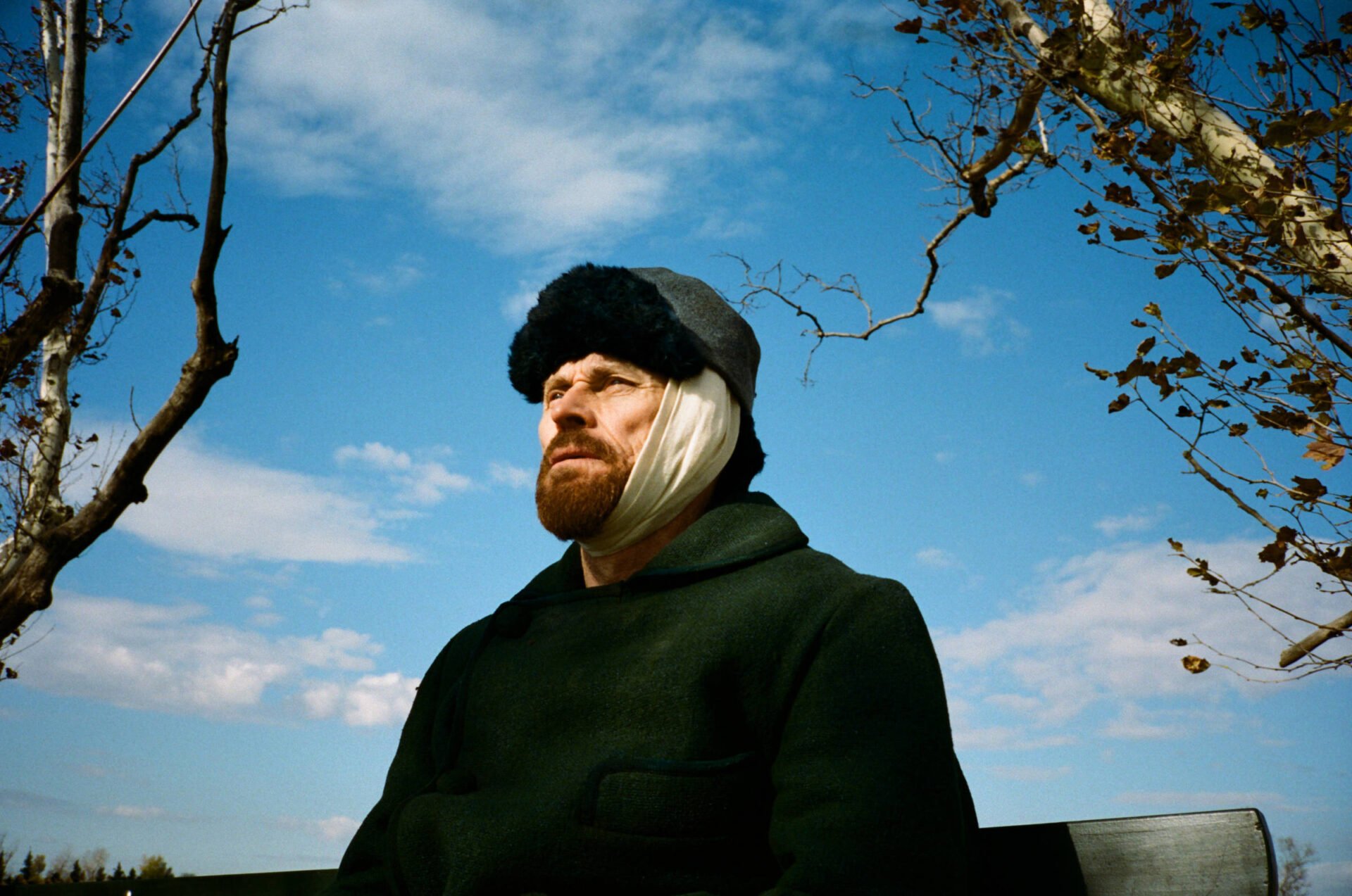 Starring the brilliant Willem Dafoe, this film brings to the big screen the last days in the life of legendary Dutch painter Vincent Van Gogh. The staging brings a raw and daring approach to the story, using technical elements to convey the intense feeling that Van Gogh’s mind had in its everyday days. The only “quiet” moments in this plot are when Vincent makes his immortal works, implying that the art was a relief from his anguish and not a product of it. Dafoe’s acting is masterful and takes care of the film. 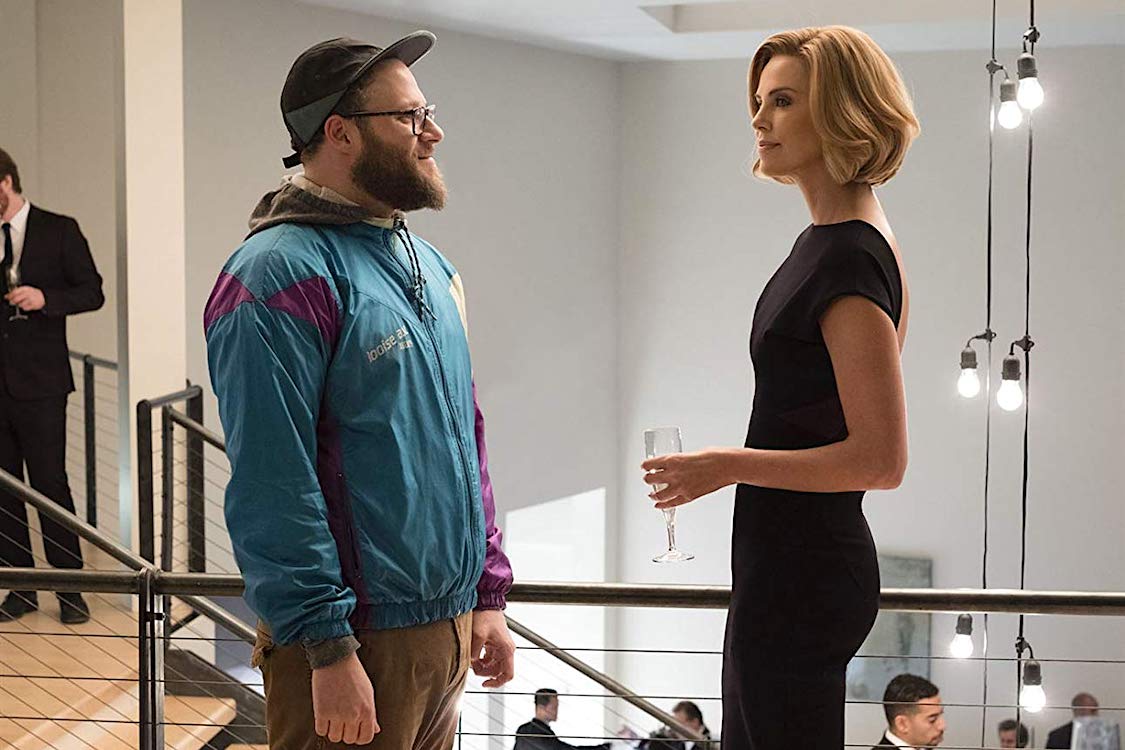 Starring Seth Rogen and Charlize Theron, the plot tells the story of frustrated journalist Fred Flarsky (Rogen), who begins working for Charlotte Field (Theron), who, in addition to running for the US presidency, was also his nanny in her childhood. and his first love. The movie plays with American social concepts all the time and how people follow different paths. It’s easily one of the funniest comedies of the last decade and has one big difference: it’s a movie with a heart. 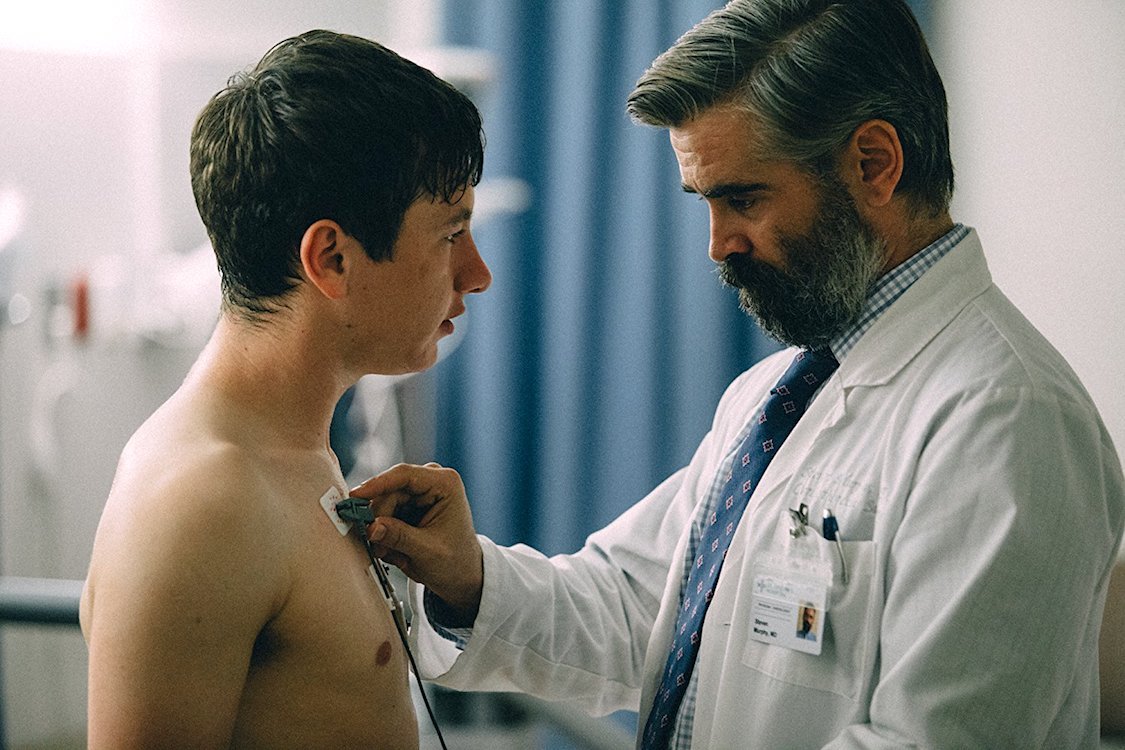 Little commented on its release, Sacrifice of the Sacred Deer is one of the strangest films of the last decade, but it’s also one of the most original. Directed by the Greek Yórgos Lánthimos, the feature film tells the story of a doctor (Colin Farrell) who loses a patient and begins to live with his son. The cast also includes Nicole Kidman, supernatural in her role. It’s a very uncomfortable film, but with great cinematic value.

Inside Llewyn Davis – Ballad of an Ordinary Man (2013) 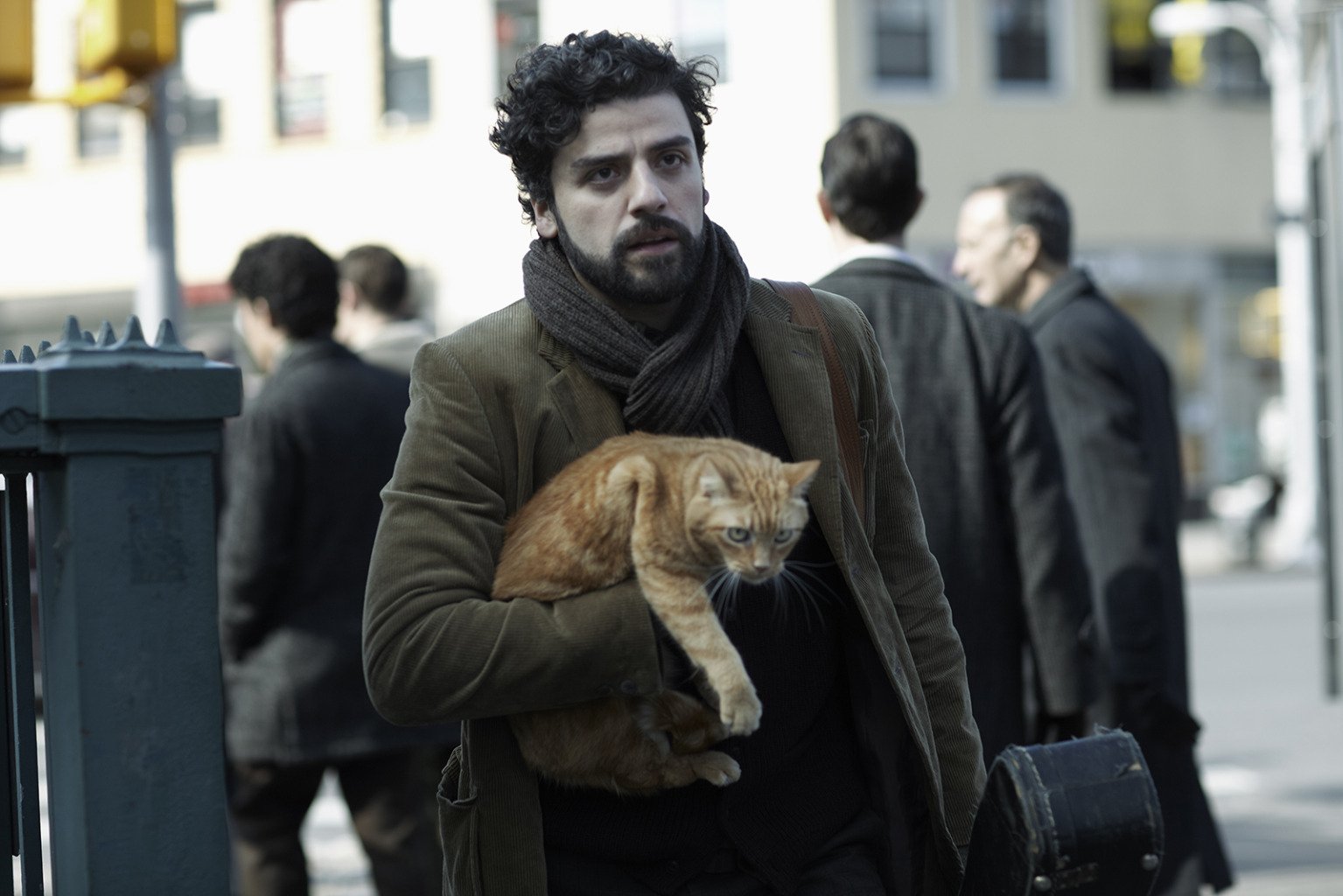 Directed by the Coen Brothers, the feature film tells the story of Llewyn Davis (Oscar Isaac), an arrogant and unsuccessful musician in the 1960s in New York City, who tries to do his job while dealing with his own frustrations. The film is a great tribute to the folk music scene and has as an ally an impeccable musical track, serving as a common thread to the plot. Oscar Isaac is perfect in the lead role, and to date is one of his most fascinating performances. 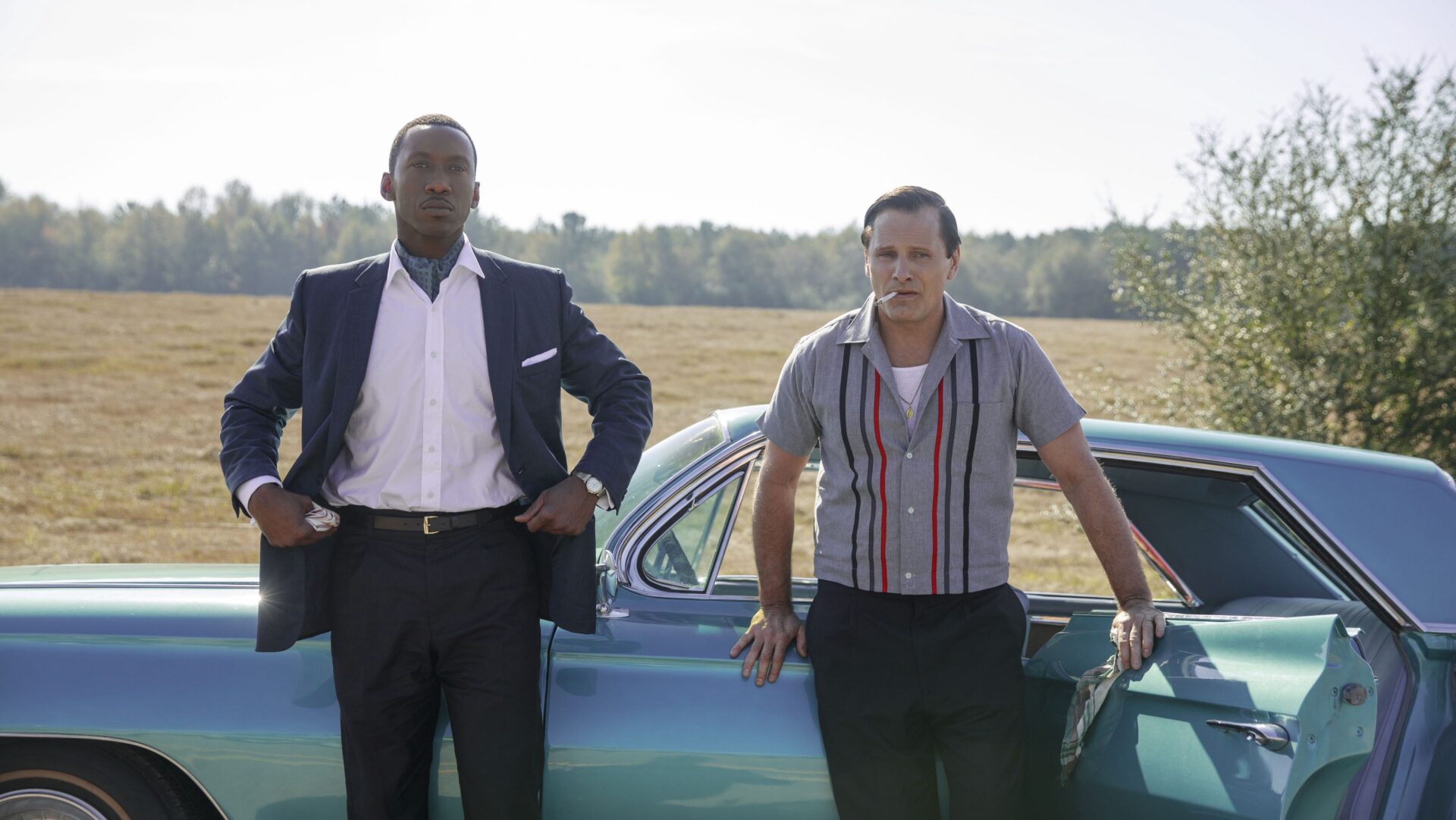 Oscar winner for Best Picture, Green Book is based on the true story of famous black pianist Dr. Shirley (Mahershala Ali) on a road trip with racist driver Tony Lip (Viggo Mortensen). During this trip, the two have several experiences that bring them together and a principle of friendship emerges in the midst of a period of racial segregation. Upon release, the film was widely criticized for softening Tony’s racism, which reports were far more cruel and stupid than his character on the big screen. The big highlight, however, is the performance. There he gives an acting class in Dr Shirley’s shoes, including an Oscar, and Viggo is disgusting like Tony Lip. 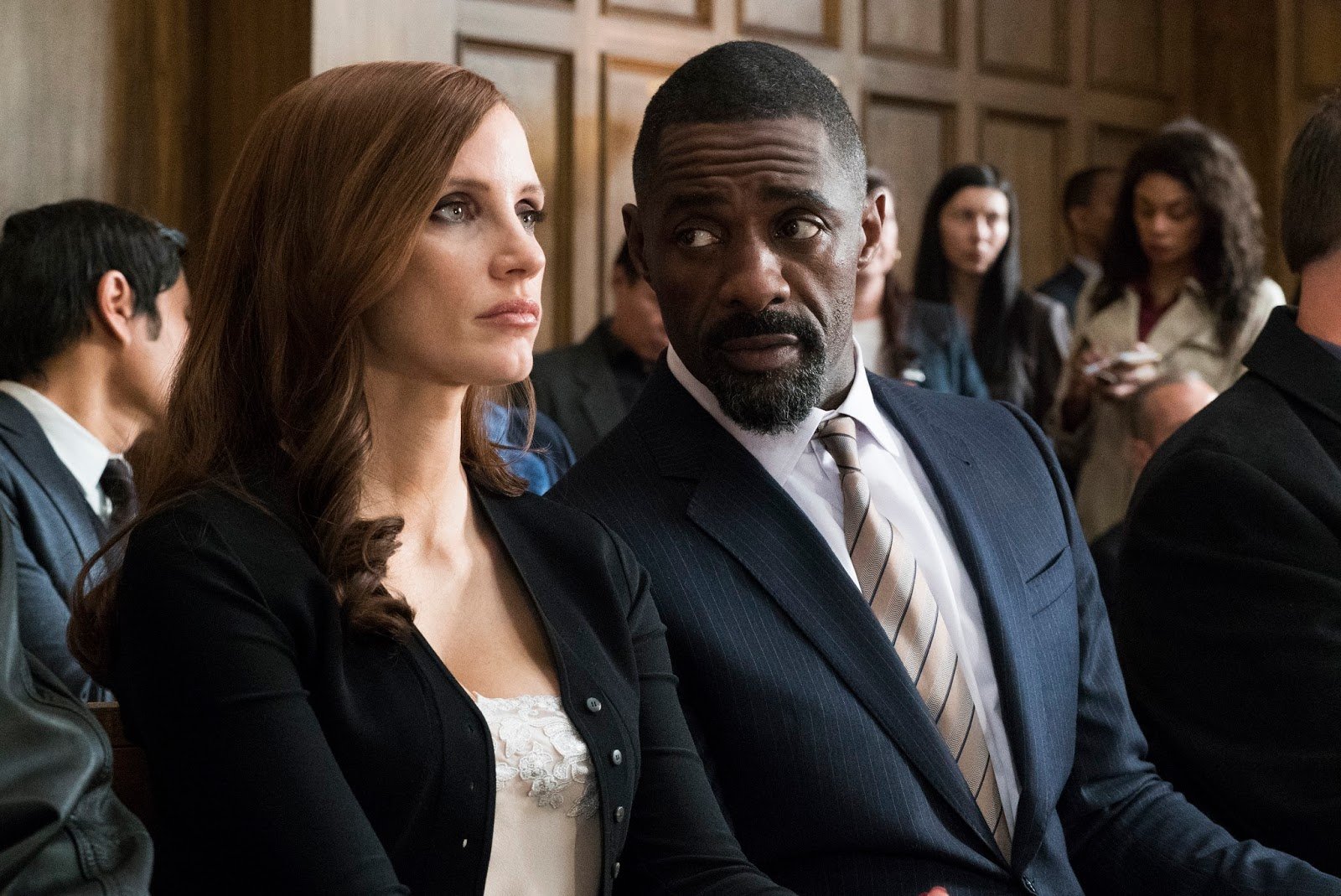 Little mentioned in Brazil at its launch, the film tells the story of Molly Bloom (Jessica Chastain), a skier who misses the opportunity to compete in the Olympics due to an accident. Frustrated, she starts working as a waitress and ends up going into the world of cinema. Now betting on more prestige, Molly begins to organize poker nights and illegal cards with “high” customers. The feature presents sharp dialogues and a lot of didacticism about the world of crime. However, the big draw is Chastain, who behaves wonderfully, and his relationship with Idris Elba, the opposite end of his character. 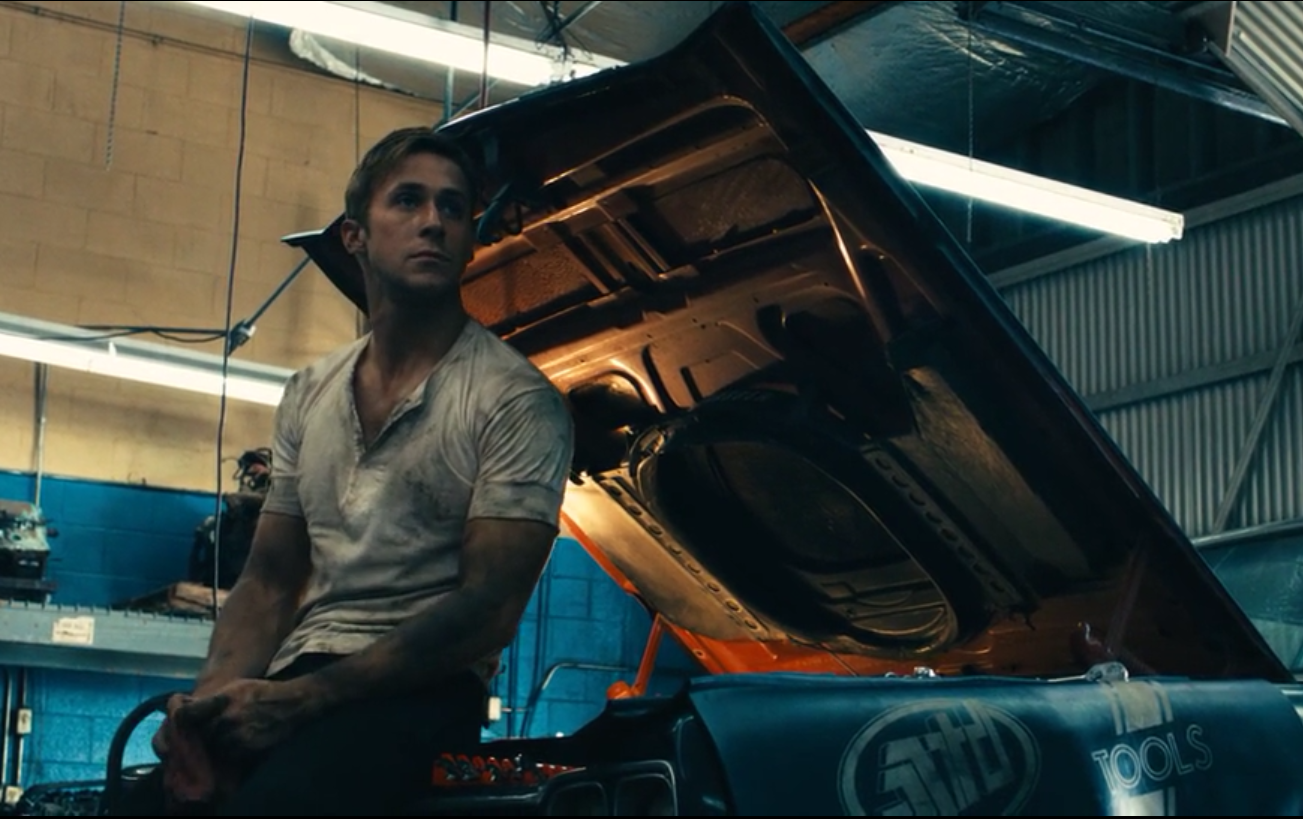 Directed by eccentric Nicolas Winding Refn, it brings a stunt escape scene (Ryan Gosling), who also works as an escape pilot for the Mafia. He has an ambiguous sense of morality and begins to live a lot with his neighbor and his son. Everything changes when the neighbor’s husband (Oscar Isaac) gets out of prison and returns home. However, when he gets into trouble with the Mafia, the driver seems to help him and a frenzied conspiracy begins. Plus, the movie has an impeccable pace and a unique look. 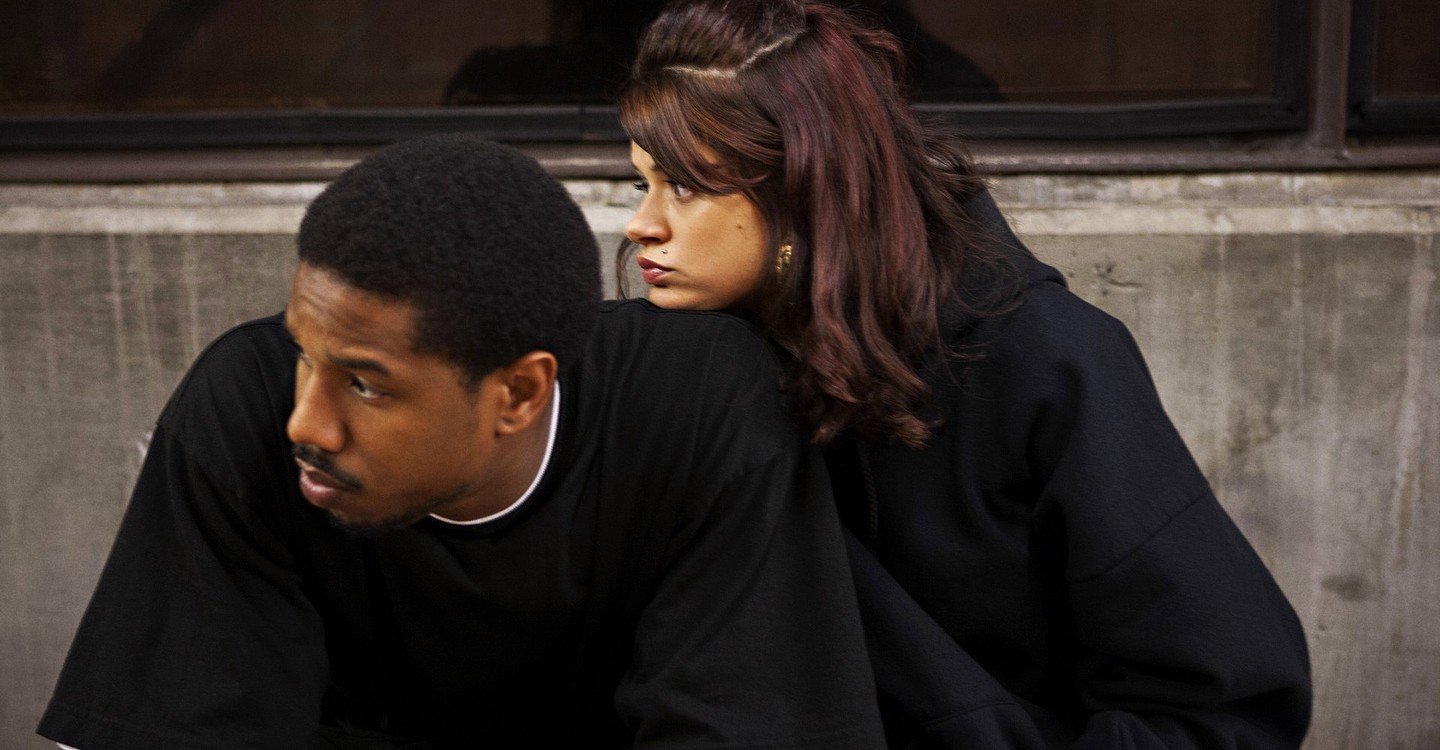 Director Ryan Coogler (Black Panther) ‘s first major work in theaters tells a simple story, but one full of emotion and sentiment as he tackles the drama of a young black man (Michael B. Jordan) that has just come from ‘to be fired and who has a child to raise. The film is full of revolt at the terrible social conditions people are subjected to today, and mainly because of racism and the lack of opportunities. It is a 100% current feature and worked with the characteristic dynamism of Ryan Coogler.

Directed by Steven Spielberg, the film is a drama about the journalistic world of the 1970s as The Washington Post prepared to go public. At the same time, the newspaper’s editors, played by Meryl Streep and Tom Hanks, are in a tough spot when they receive confidential government documents on the Vietnam War. Along with the drama of trying to publish, the newsroom is starting to suffer from competition from the New York Times for story. 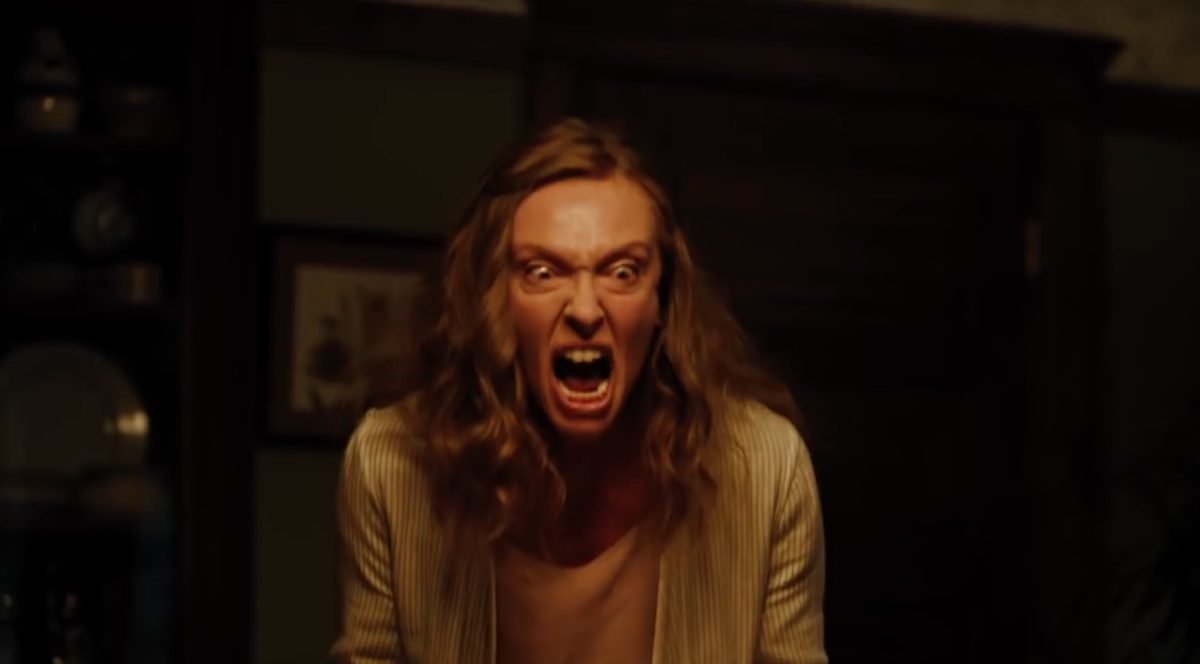 With a true acting class of Toni Collette, Hereditary is one of the scariest and most distressing horror films of recent years. This is because Ari Aster’s plot creates an atmosphere of tension all the time, making the viewer doubt whether the threat of the story is really something supernatural or simply the delusions of a family on the edge of the sea. ‘collapse. It’s a work of art of terror, with no need for Jump Scare or anything to trap the viewer in the gruesome family intrigue.

Imagine that you are a valued teacher in the community, but in one of the most difficult times of your life, a serious accusation arises that can throw your image in the trash. In The Hunt, Mads Mikkelsen is Lucas, a teacher from Denmark who, in the middle of his divorce proceedings, is accused of pedophilia with a student who is just 5 years old. In the midst of the popular revolt, no matter whether he is guilty or not, everyone wants to end it. Mikkelsen’s performance is exquisite, changing the stage of his career once and for all, and the driving of the plot is a big punch to the stomach. 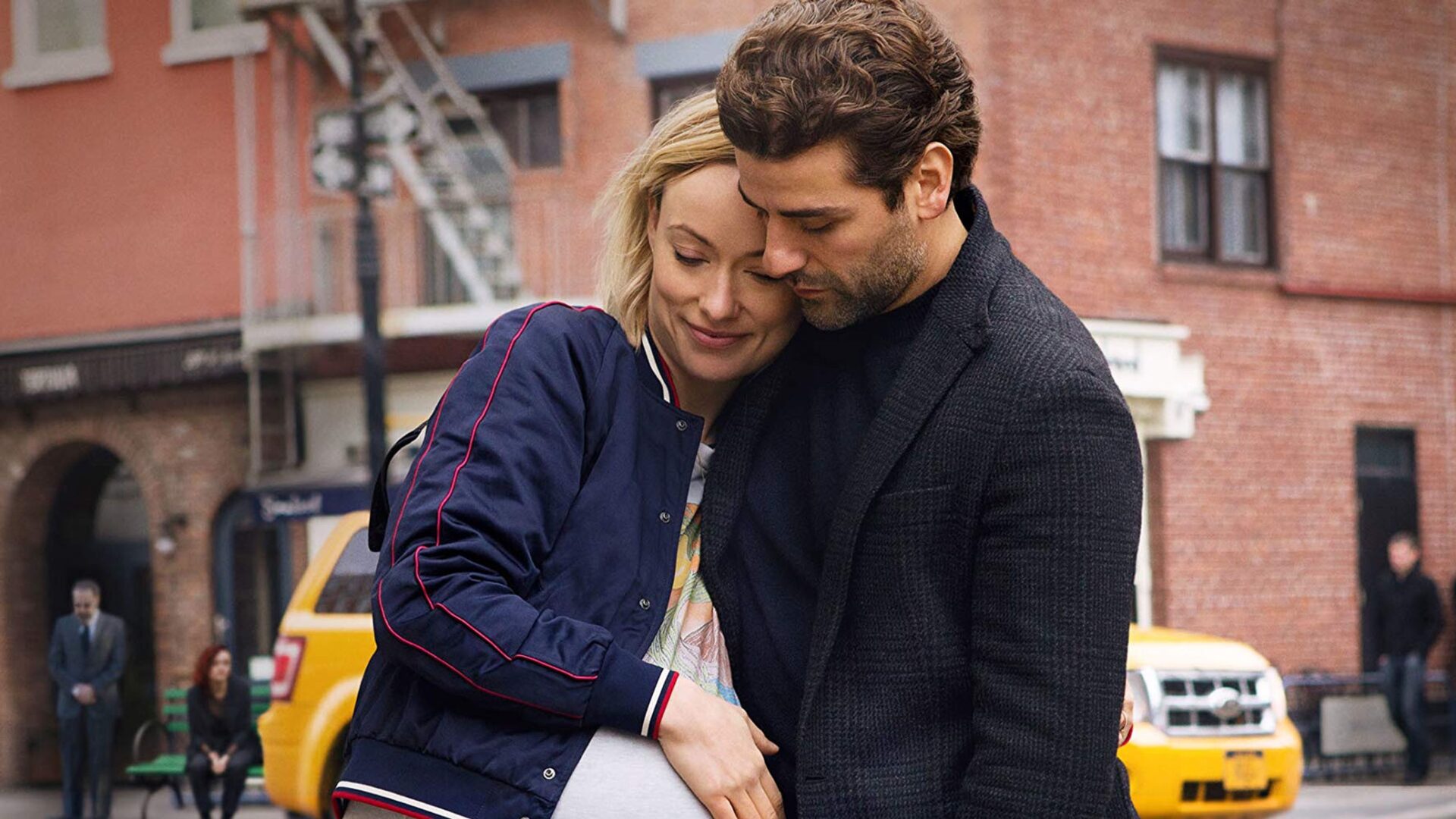 Directed by Dan Fogelman, head of TV phenomenon This is Us, A Vida em Si brings top-notch family drama. Full of metalanguages, the film plays a lot with the mundane aspects of life and focuses on the couple Will and Abby (Olivia Wilde and Oscar Isaac), showing from their first moment as a couple until Abby’s pregnancy. . 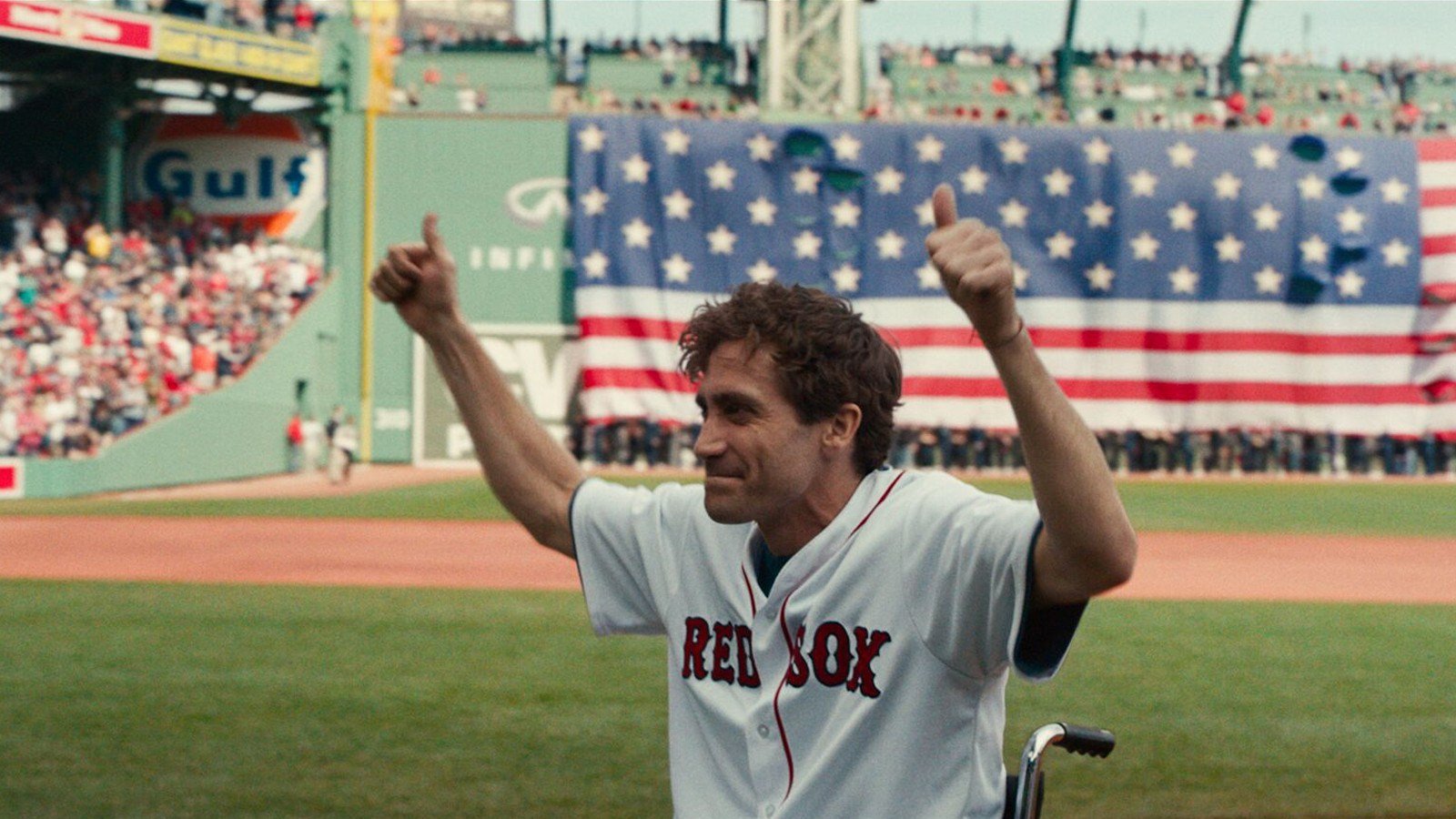 Although not having such an impact on Brazilian society, the attack on the Boston Marathon in 2013 was an extremely remarkable tragic event for Americans. What Makes You Stronger tells the story of Jeff Bauman (brilliantly played by Jake Gyllenhaal), a participant who lost his legs in the attack and, despite the frustration of having no legs left, is treated like a hero and constantly under pressure to accept the deal. as a gift from the divine. After all, what could be better than being considered a hero? It’s a feature film that critiques the spectacularization of the media in search of building icons to sell stories, even disrespecting family members and the victims of tragedies themselves so they can sell stories. And how the society is sick to the point of wanting to impose on people what they should think or feel about themselves. 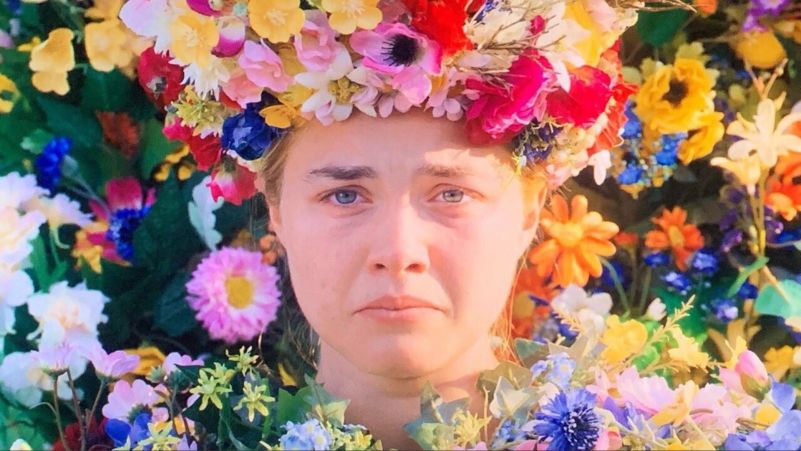 Midsommar is not yet in the Amazon Prime Video catalog, but will be available from March 19. The film is a horror movie directed by Ari Aster, which is about family and romantic relationships. In the plot, a couple go with a group of friends to the summer festival in a Swedish country village. There, the couple, played by Florence Pugh and Jack Reynor, begin discussing the relationship as they go through obscure situations. The great merit of the film is to play with the concept of what would be weird and what would be acceptable because it is a strange cultural activity. It is a real agonizing and sensory experience, full of deaths, graphic violence, explicit sex and tension. Too much tension.

Surrounded by controversy when it launched, Disney’s biggest classic was relaunched last year in a version made entirely in CGI. The plot is a faithful reproduction of the animated feature film from the 90s, almost resembling a frame-by-frame remake of the original. The technology used to create animals in computer graphics is fantastic, making it look like real animals on the stage. Although this is a film aimed at children, more adults will be fascinated by the look of the feature film.