Following the trailer, Netflix released the official poster for ‘Munich: The Edge of War’, its new British historical drama. 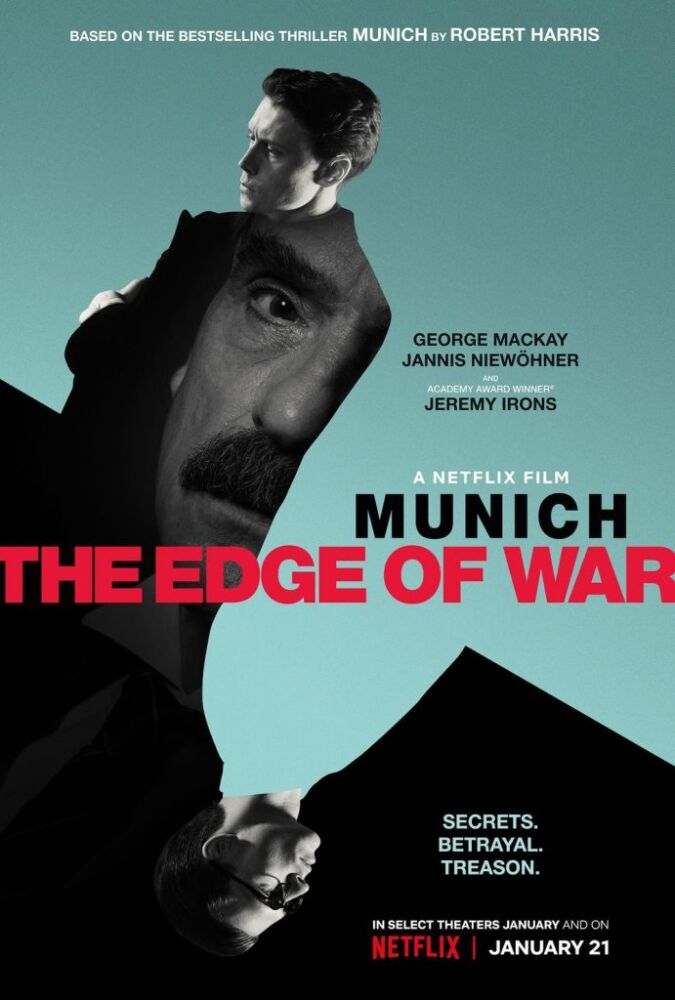 The film is directed by Christian Schwochow. Ben Powers signs the screenplay, based on the novel of the same name by Robert Harris.

It is 1938. Europe is on the verge of going to war and Adolf Hitler is preparing to invade Czechoslovakia. Neville Chamberlain’s government is desperate for a peaceful solution and the pressure is mounting. British officer Hugh Legat and German diplomat Paul von Hartmann travel to Munich for an emergency conference. As the negotiations progress, the two friends become more and more involved in a web of political tricks and very real dangers. The whole world is watching, but is it possible to avoid this war? And at what cost?