The biopic “Neruda”, starring Gael García Bernal and Luis Gnecco, is now available on Netflix. The drama debuted this Monday (27) on the schedule.

In the plot, when the Cold War arrives in Chile, the former Communist senator and Nobel Prize writer Pablo Neruda begins to be persecuted by the government of Gabriel González Videla, which in 1948 promulgated the so-called cursed law against communist militants. Police officer Óscar Peluchonneau (Gael Garcia Bernal) is responsible for arresting the poet and his wife, the Argentinian painter Delia del Carril.

The dramatic events of his new life as a fugitive inspire Neruda to write his epic collection of poems, “Canto Geral”. Meanwhile, in Europe, the legend of the persecuted poet grew and artists like Pablo Picasso demanded Neruda’s freedom.

Neruda however sees this fight with his enemy Peluchonneau as an opportunity to reinvent himself.

The feature film is directed by acclaimed filmmaker Pablo Larraín, the same director of Oscar nominated ‘Jackie’ and ‘No’. Guillermo Calderón signs the management. 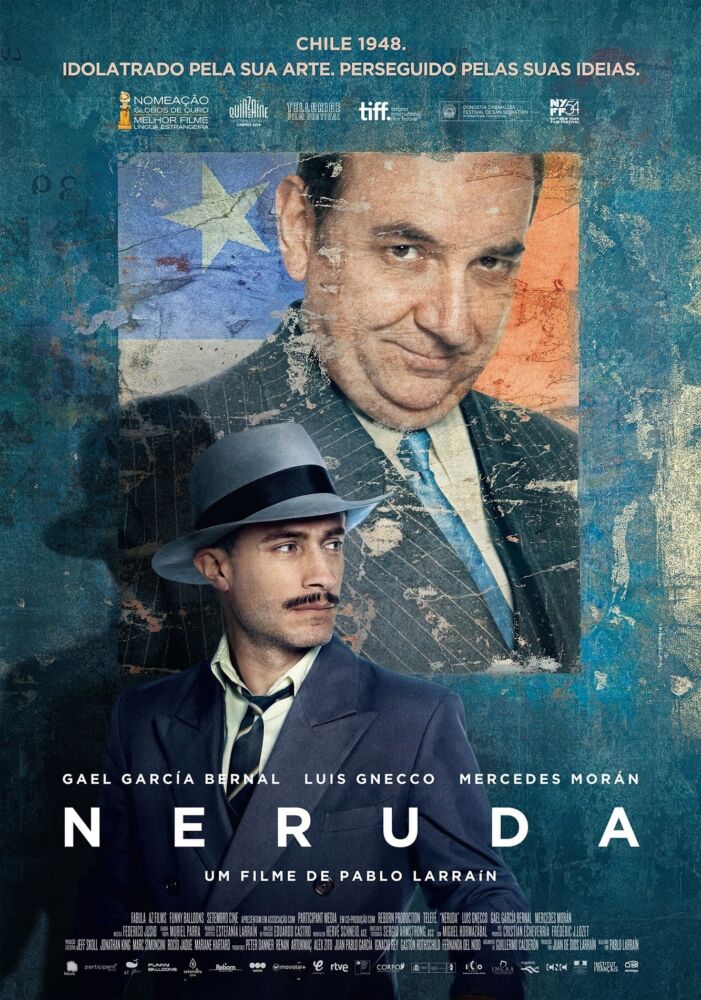