Netflix has added another horror film to its backlog, and the production promises to thrill subscribers.

“The Girl on the Third Floor” was highly regarded at film festivals such as London FrightFest, SXSW, BUFF, and garnered 84% approval on Rotten Tomatoes.

The film follows Don Koch (CM Punk), a man with a criminal past who moves into an old house in the Chicago suburbs in an attempt to start a new life with his pregnant wife, Liz (Trieste Kelly Dunn).

Once in his new home, Don befriends a bartender, who tells him all about the house’s unpleasant past, which seems to have a weird effect on straight men.

Suddenly, Don notices that mud is seeping into the rooms of the house … Not caring, he decides to stay in the house and renovate it to give more comfort to the family.

However, the reform is put aside when he meets Sarah, the neighbor upstairs, who tries to seduce him. From there, he comes into conflict as he struggles not to give in to the consequences of his own actions.

Directed and scripted by Travis Stevens, from the famous short film series “XX” and the horror “Jakob’s Wife”.

Among the notes, the Variety reviewer states that:

“‘The Girl on the Third Floor’ proves that a good old haunted house story still manages to entertain, while presenting a different take on an already worn-out phrase in the genre.”

In addition to Punk and Dunn, the cast also includes Tonya Kay (“Jane the Virgin”), Sarah Brooks (“The Iron Girl”), Karen Woditsch (“Bad Johnson”) and Travis Delgado (“2 in the Bush”) . 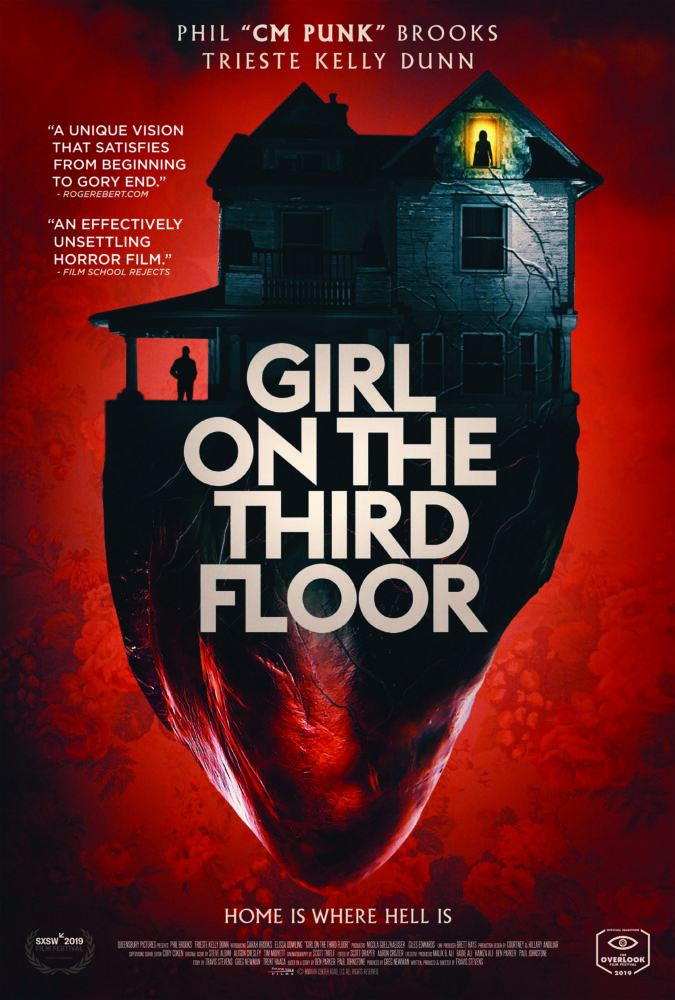