The documentary series ‘Neymar: O Caos Perfeito’, which follows the trajectory of the young Brazilian player’s worldwide success, has won its official teaser and release date.

The production, which is a Netflix original, arrives on the streaming platform on January 25, 2022 and will dive behind the scenes in the life of one of the world’s most famous and highest-paid athletes, who is racking up both titles and controversy.

With three episodes of 50 to 60 minutes each, the production presents a still unknown side of Neymar Jr., without shying away from controversy. The work saves part of the player’s history and follows his rise to glory at Santos, his glory days at FC Barcelona and roller coasters with the Brazilian squad and Paris Saint Germain. He also reveals the marketing machine behind Neymar, run by his father, Neymar da Silva Santos, better known as Neymar Pai. 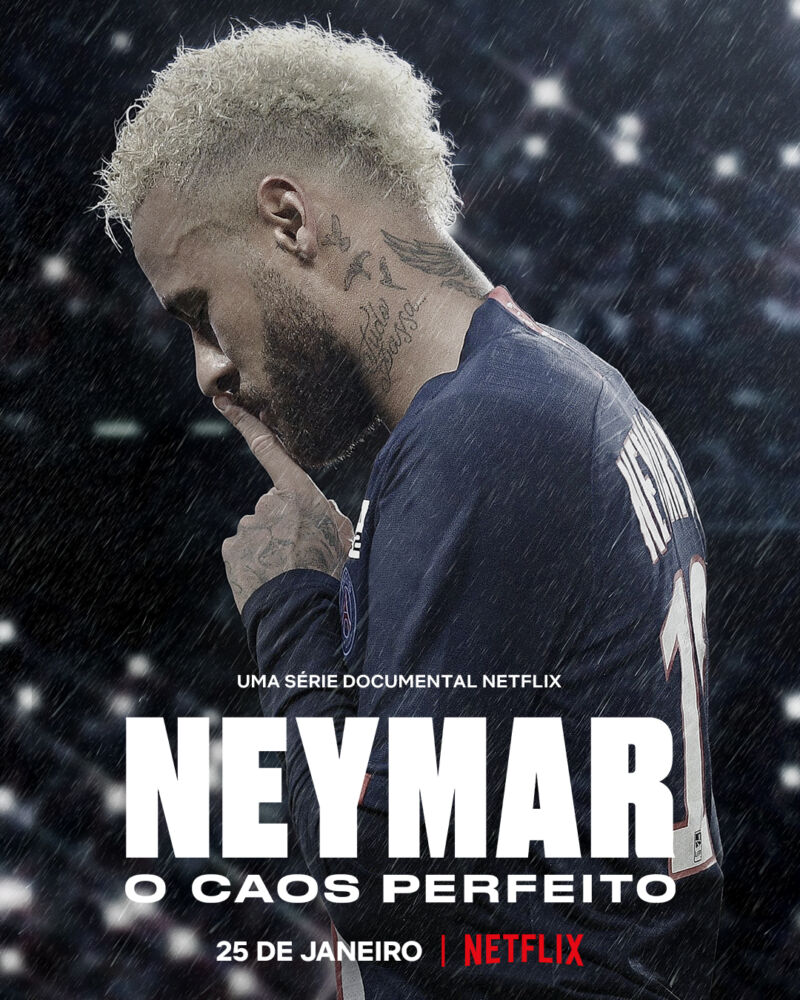