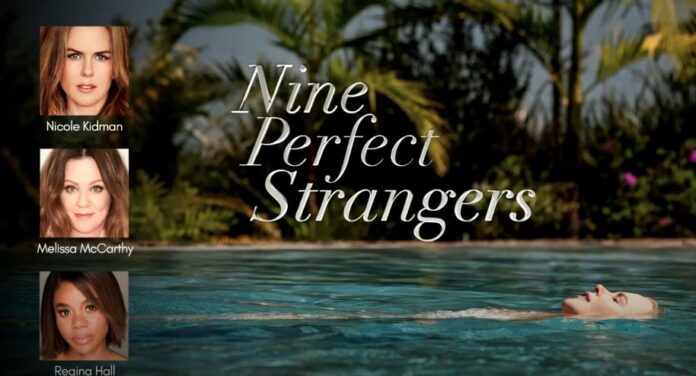 Hulu has released the first official teaser for the ambitious “Nine Perfect Strangers” series, based on the eponymous novel by Liane Moriarty (“Big Little Lies”).

The project will have a massive budget of $ 100 million and will be launched by the streaming service Hulu. Nicole Kidman and Melissa McCarthy are the stars.

Jonathan Levine enters as director. David E. Kelley and John Henry Butterworth are the showrunners and sign the screenplay alongside Samantha Strauss.

Frances Welty (McCarthy) is a writer who visits a remote spa in town with a back problem, a broken heart, and an extremely painful cut on her finger. She is soon intrigued by the other retreats – most don’t seem to really need a spa. But the one that makes her the most curious is director Masha (Kidman). Does she have the answers Frances didn’t even know she was looking for? Should Frances put her doubts aside and indulge in all that the spa has to offer? Or is it better to flee while there is time?

Luke Evans and Samara Weaving are also on the bill. Melvin Gregg, Grace Van Patten and Tiffany Boone round out the team.

The original novel was published in 2018 and spent 13 weeks at the top of the New York Times bestseller list. The series is slated to debut in 2021, with no confirmed date yet.