Director Chloé Zhao, who was applauded for her impeccable work, won nominations in the categories of Best Direction, Best Adapted Screenplay, and Best Editing. McDormand is competing alongside Viola Davis and Vanessa Kirby for the Best Actress statuette. The feature film is also in competition for the best film and best photography awards.

The film has already been released in North American theaters and will be released on Hulu on February 19. In Brazil, the work will be shown on the big screen on April 15.

After the economic collapse of an industrial colony in rural Nevada (USA), Fern (McDormand) gathers his things in a van and sets off on an exploratory journey, out of mainstream society, like a modern day nomad. NOMADLAND, Chloe Zhao’s third film, features true nomads like Linda May, Swankie and Bob Wells as Fern’s mentors and companions on their journey of exploration across the vast landscape of the American West. 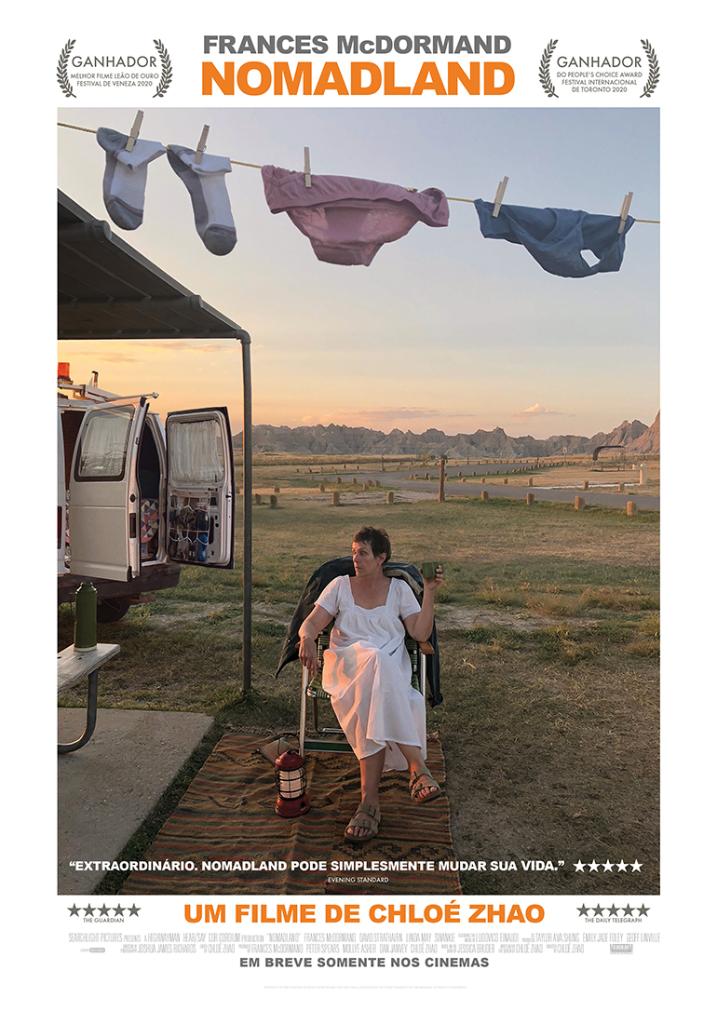