Perhaps no other decade of cinema has left its mark on audiences with productions as beloved as the 1980s. It is no wonder that much of what was created during this period still continues. today to produce revamped productions, providing jobs for many people. Almost everything that was done in the ’80s has come back and keeps coming back in some form or another. It is only in the next few years that we will have new icon products such as Indiana Jones, Top Gun, Ghostbusters (later this year), Highlander, Hardcore Cop and Karate Kid (with the new season of the Cobra series. Kai).

These productions were good for everyone. For audiences, they were responsible for capturing the imaginations of an entire generation, creating passionate moviegoers. For those involved, he wrote their names in the Hollywood pantheon. And when we talk about the actors who starred in such legendary works, their careers took off like a rocket thanks to such characteristics, serving as turning points in their professional life. Yes, some films have that strength. But what if we told you that Harrison Ford, Sylvester Stallone and Ralph Macchio, for example, were not the first choices to play Indiana Jones, Rambo and Daniel LaRusso in the movies?

It is the proposal of this new article that we bring to you. Below, we’ll feature 10 absolute Hollywood classics that are said to have other actors in the limelight. Would they be so sweet? Check it out below and don’t forget to leave your comment.

Indiana Jones and Raiders of the Lost Ark 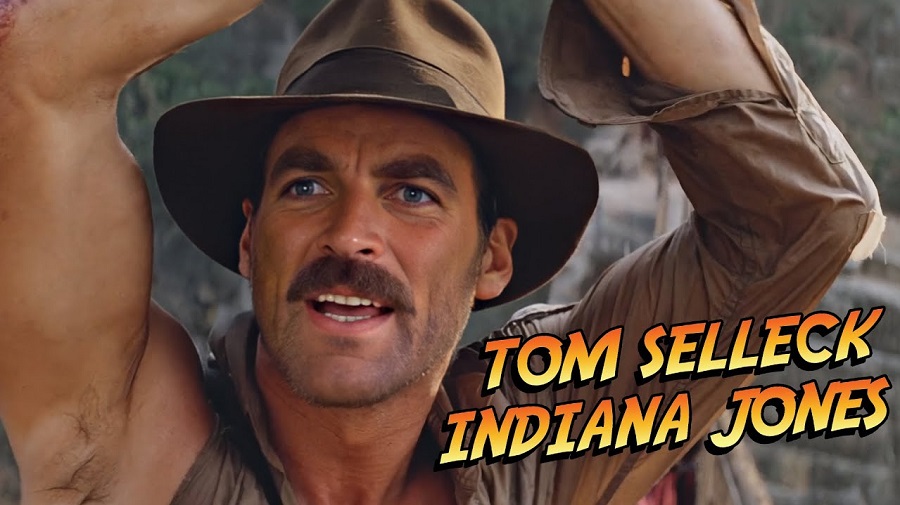 An immortal ’80s classic, Indiana Jones will release its fifth film in 2022. Interestingly, the character was born out of director Steven Spielberg’s desire to lead a 007 spy adventure in the cinema. His colleague George Lucas made him give up the idea by saying he had something better for him. And so presented the concept of Indiana Jones. On the other hand, Lucas did not want Harrison Ford in the role, actor Spielberg had liked. This is because Ford was already at this stage the interpreter of Han Solo, in the Star Wars films, precisely produced by George Lucas. So, for the role of adventurous archaeologist, Tom Selleck was hired, performing a test that surprised everyone. Finally, the producers of the Magnum series, along with Selleck, who had made his debut the year before, did not release the actor to star in the blockbuster. And the rest is history. 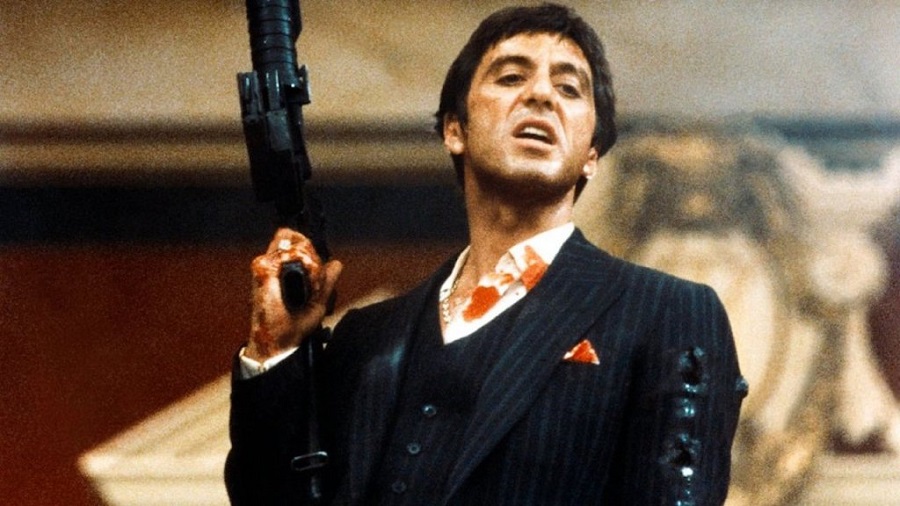 The book First Blood is a visceral and tragic work, which sets out to be an anti-war and anti-Vietnam war certificate. The story tells the story of a traumatized veteran who, upon returning home and visiting a small town in search of an old friend, finds himself mistaken for a tramp and harassed by the local police, led by the outright sheriff. Before Sylvester Stallone immortalized the character, another major actor almost got the role. The character was originally proposed to Al Pacino, six years older than Stallone, who by then had garnered no less than five Oscar nominations. Pacino was interested in the role, but ultimately turned it down after his ideas for Rambo were rejected by the producers. It was Pacino’s wish that Rambo would be even more deranged and mad, providing a shocking portrayal of the effects of war. And if Pacino had done that, the film probably would have stopped at that first film, instead of becoming a profitable franchise in the hands of Stallone. So Pacino went on to star in the comedy-drama Author in Family, released the same year, and the following year he would star in Scarface. 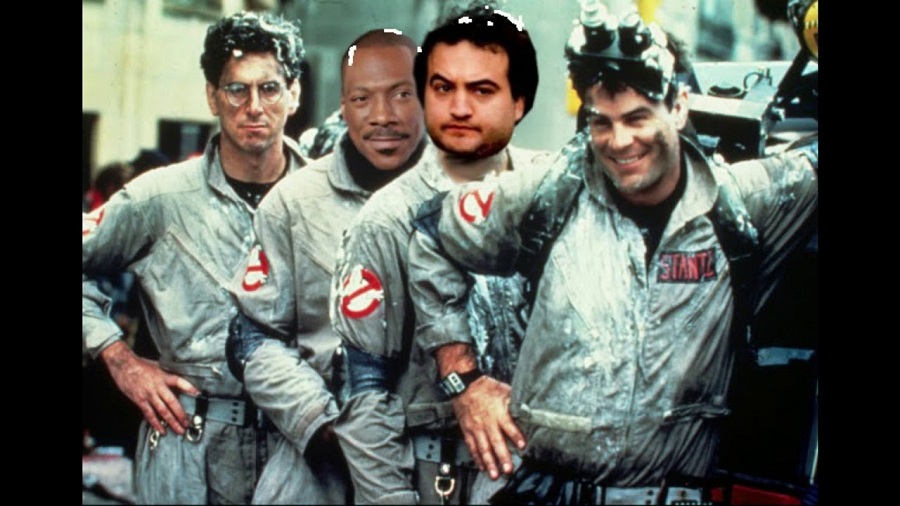 Another popular 1980s production that returns soon is Os Ghostbusters. Now titled so far in Brazil with its original name, Ghostbusters – But Além debuts this year and will continue the adventures into the ’80s, with the original team passing the baton to a new generation. The idea for the 1984 film came from the mind of actor Dan Aykroyd, however, it was different at first. Entitled “Ghost Smashers,” or “Ghost Smashers,” the film would bring in a space plot, with the team fighting ghosts interplanetary, something like a Star Wars comic. This idea would cost too much and the script was adapted to what we finally got. Other than that, Aykroyd had a friend John Belushi (who he worked with on The Stick Face Brothers and Neighbors) in mind for the role of Peter Venkman, which would end up in the hands of Bill Murray. This is because Belushi would die before the movie came out of the role. Another big name who came close to staring in the feature film was Eddie Murphy, slated for the role of Winston (which went to Ernie Hudson). The character had a drastically reduced turnout after Murphy’s departure from the project. The actor will star in A Heavy Duty the same year.

Karate Kid – The Moment of Truth 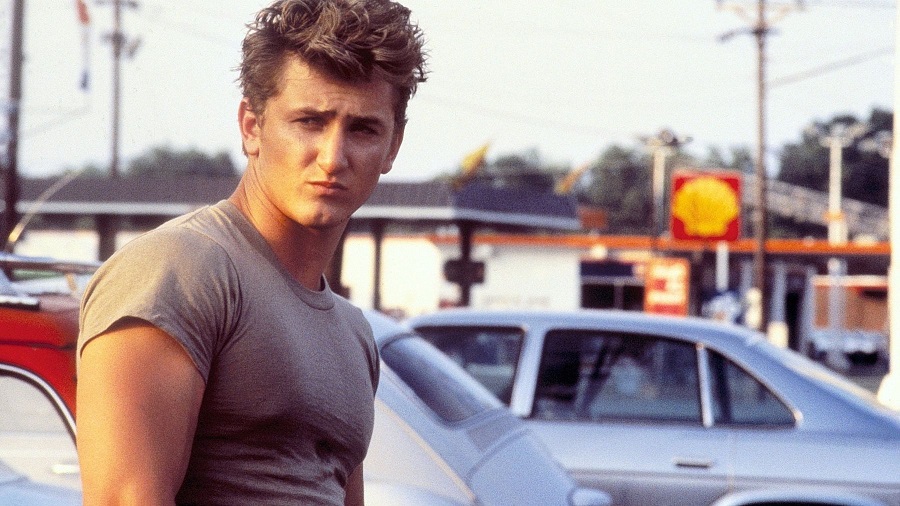 The role of Daniel LaRusso was originally offered to actor Sean Penn, who had played two years earlier in the teenage comedy Picardie Estudantis. Penn, however, turned down the role, as he was now looking for more adult and complex characters. Ralph Macchio, who ultimately got the role, is only a year younger than Penn. A little later, in an interview, Penn would praise Macchio, saying he was one of the big players in the business. Another curiosity is that Kyle Eastwood, son of the iconic Clint Eastwood, also auditioned for the role and failed. As a result, the overprotective dad banned any Coca-Cola product from his movie sets. At the time, Coca-Cola owned Columbia Pictures – which produced the Karate Kid. 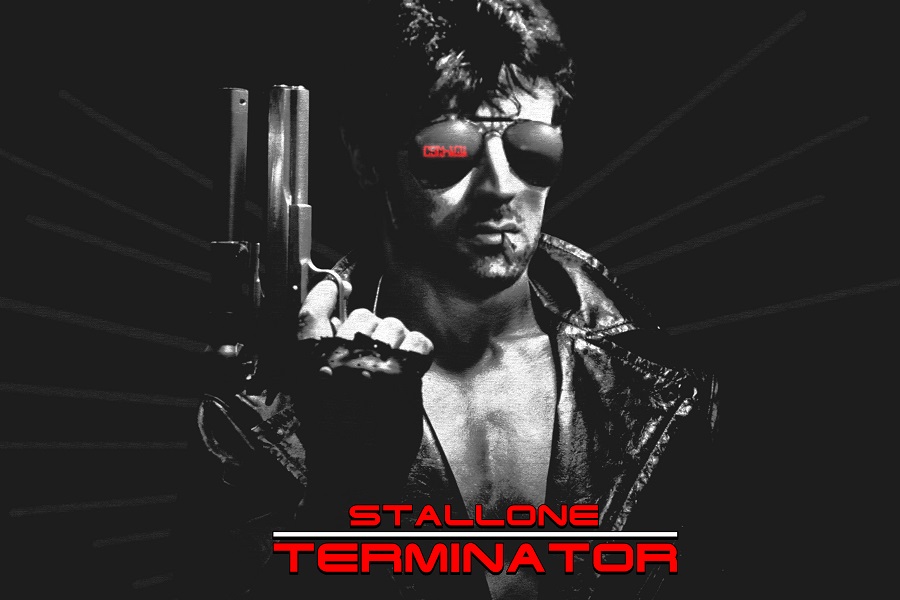 This thriller, fiction, action and horror film will mark the career of Austrian Arnold Schwarzenegger by transforming him into a star. However, before Arnold, the actor considered to play the robot assassin was his “rival” at the time, Sylvester Stallone. The interpreter of Rocky Balboa was in the crosshairs of creator James Cameron, but his participation in the film was not going to advance. However, a collaboration between Cameron and Stallone finally came to fruition the following year, when the two together wrote the screenplay for Rambo 2 – The Mission (1985). Apart from that, a joke in the movie The Last Great Hero (1993), starring Arnold, would mention the fact – when a photo of Stallone can be considered the protagonist of Terminator 2. 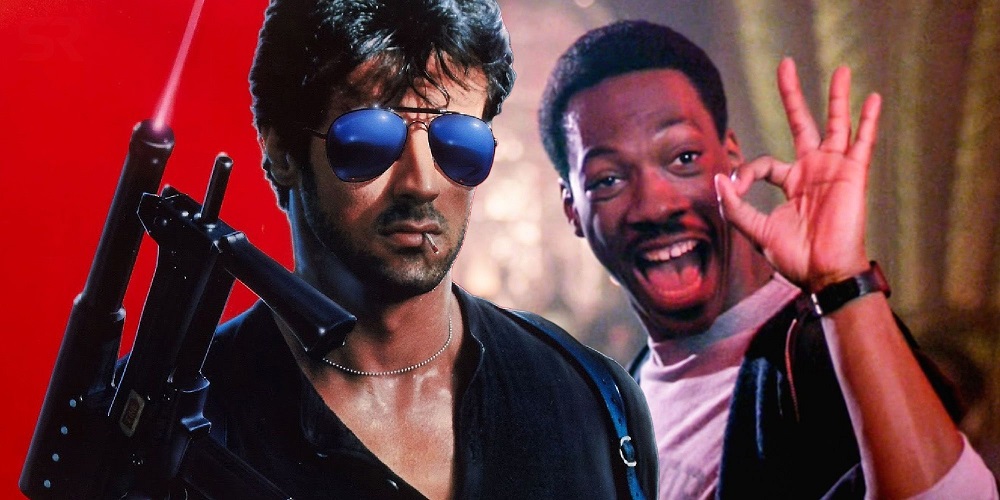 Sylvester Stallone starred in several blockbuster films in the 1980s and there is no doubt that he was one of the most prominent actors at the time. However, Stallone couldn’t be everywhere at once and had to turn down some roles that would become very iconic. After leaving the role of antagonist in Terminator, Stallone would also drop the thriller A Cop, which at the time was more action-oriented than comedy-oriented. With Stallone leaving the project, and the consequent entry of star Eddie Murphy, the film would gain humorous tones that would make it one of the most memorable productions of the 1980s, and the first major blockbuster of Murphy’s career. , raising him to world fame. But Stallone would still take some of the ideas from A Hardcore Cop and turn them into (Stallone) Cobra, an action-thriller-inspired film, which would be released two years later. 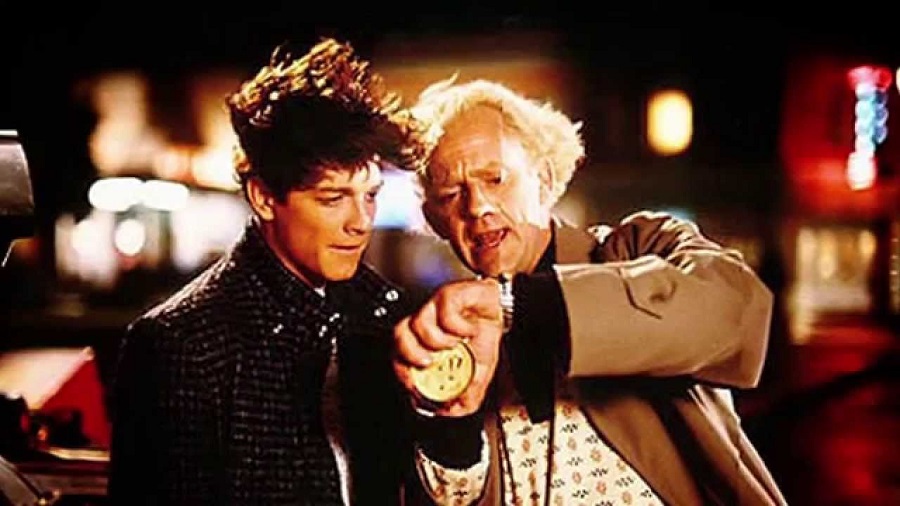 Unlike all of the cases on the list, where actors were considered, entered into negotiations, or even hired but did not make it through the pre-production phase, redhead actor Eric Stoltz even started filming in Back to the future, recording scenes on Marty paper. McFly. Many iconic scenes from the film can be found on the internet with Stoltz playing the main character. For some reason, film director Robert Zemeckis (or possibly producer Steven Spielberg) felt the actor didn’t perform well in the role, even after he chose him. This is how Michael J. Fox, who was playing in the Caras e Caretas series at the time, replaced him and became an international star. The “unlucky” Stoltz will star in Marks of Fate the same year, then in the 80s classic Someone Very Special (1987) and The Fly 2 (1989). 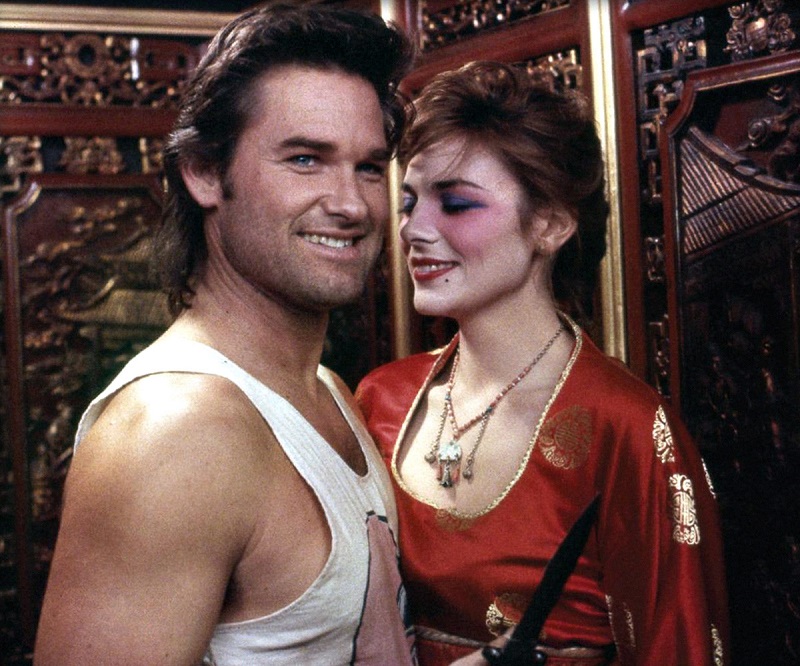 I recently wrote a story about 35 years since the release of the cult fantasy adventure Highlander, the film that made Frenchman Christopher Lambert an international star. Initially, however, it was Kurt Russell, the actor hired to play the immortal Connor MacLeod and star alongside the legendary Sean Connery, who plays mentor Ramirez. For some reason, Russell, who had previously signed on, left the project while it was in pre-production. According to reports, it was his partner Goldie Hawn who convinced him to quit the film. Maybe she doesn’t like the Scots. In any case, Russell went to work alongside his colleague John Carpenter on the equally cult Forbidden Neighborhood Adventurers, released that same year. Of the two, only Highlander would become a franchise and have a remake starring Henry Cavill for years to come.

Read also: Highlander | While the remake starring Henry Cavill doesn’t come out, check out the 35-year-old classic – streams on Netflix 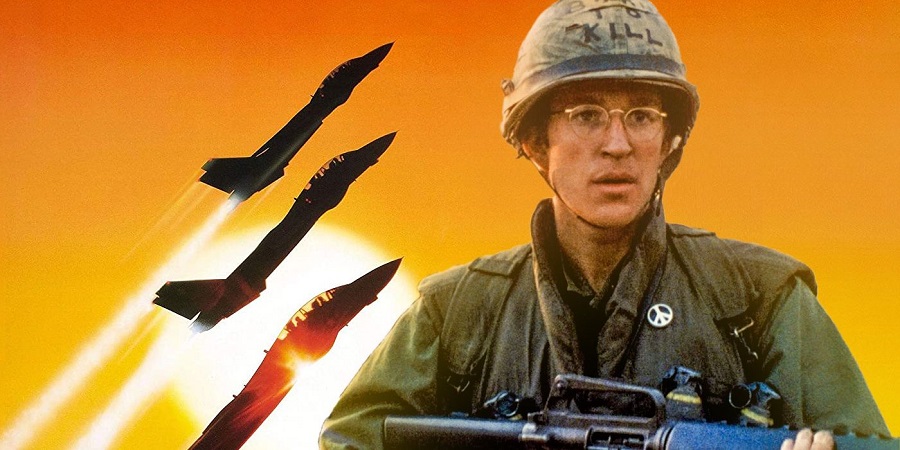 There are these films that become turning points in the careers of certain actors, and because of their success, they make them stars. When it comes to Tom Cruise, of course everyone remembers Top Gun – another who turned 35 in 2021 and whom I wrote about in an article. Cruise at the time, however, was an actor coming out of his teens and in films like Risky Business, released three years earlier. He was therefore not the first choice for the role of the daring pilot Maverick. Actor Matthew Modine, a promising name at the time, nearly landed the role as an initial choice. Modin, however, rejected the proposal, believing that the idea behind the film glorified war as something fun and unpretentious, going against his pacifist tenets. The following year, Modine would star in Stanley Kubrick’s war film Born to Kill, a classic that functions as a critique of the Vietnam War. Ah yes, Tom Cruise will be back next year reprising his role in the sequel Top Gun – Maverick, one of the most anticipated films of 2022. 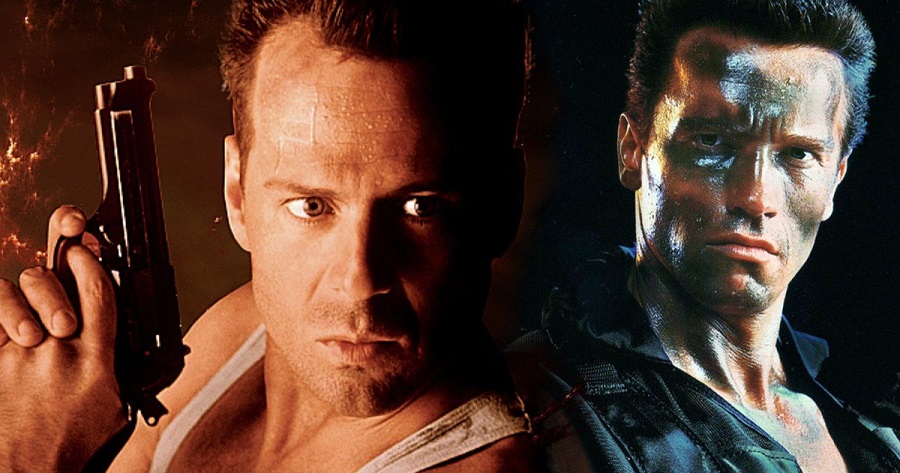 To end our story, we have another film that marked a turning point in an actor’s career. I recently wrote about the career decline of veteran Bruce Willis due to his temper and lack of willingness to question himself at this point in his career. But things were very different in 1988. Willis starred in the hit series A Gata eo Rato when he was cast for the lead role in Duro de Matar, considered “the best action movie of the 80s”. But the actor, of course, more accustomed to comedy, was not the initial choice for the film. As it turns out, Duro de Matar’s screenplay is based on a book called Nothing Lasts Forever, written by author Roderick Thorpe. The book is a follow-up to another book by him, which was adapted for film in the film The Law Is For Everyone (The Detective, 1968), starring Frank Sinatra. So when Matar’s Duro started to come out of the role, the producers had to, by contract, offer the character again to Sinatra, who replied, “I’m too old to play in a movie like this.” Another Hollywood legend says that initially the script was later adapted into a sequel to Commando to Kill (1985), starring Arnold Schwarzenegger, and the Austrian was linked at the start of the project.

To read also: Is Bruce Willis the new Nicolas Cage? Discover the B PRODUCTIONS edited by the star only in 2021