The biographical mini-series ‘Pam & Tommy’ continues filming and star Sebastian Stan has shared a new behind-the-scenes image, in which he appears characterized as musician Tommy Lee, in the middle of an all-zen scene. 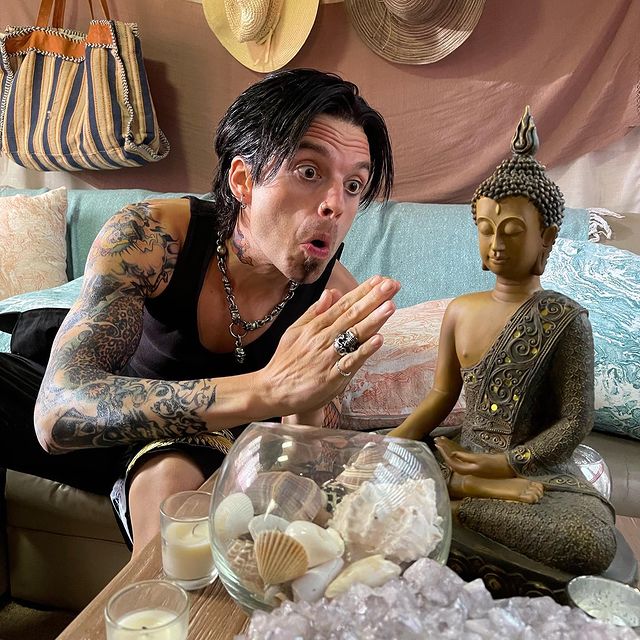 During an interview with ComickBook.com, director Craig Gillespie spoke about the matter, revealing that the series will have the same sensibility as ‘Me, Tonya’, the acclaimed Oscar-nominated biopic he also directed.

At the time, the director of “Cruella” was still thinking about the importance of thinking about how the sex tape of Pamela Anderson and Lee ended up generating immeasurable consequences in the lives of individuals. Gillespie also pointed out that the miniseries will make this showdown with the audience:

“I know it’s kinda crazy how it got the attention, it’s been four weeks and Sebastian and Lilly are rocking!” And you know we have Seth [Rogen] there too and Nick Offerman and it’s going to be a really, really crazy and fun trip which ultimately what I like is that he has a lot of heart. It has a very similar sensibility to ‘Me, Tonya’, where you start to take this journey and understand the damage that has been done to Pamela Anderson and that as an audience we are complicit in that again because we have devoured this whole situation, without worrying about the consequences it would entail for individuals ”.

My co-stars, Sebastian and Lily, are a lot cooler than me. #PamandTommy pic.twitter.com/r8YWh1eBuJ