Disney + has released the official poster for “Session Popcorn with Pixar,” a new collection of ten short films from the acclaimed studio that revolves around beloved characters from the animated universe.

Discover, with the dubbed and subtitled trailers: 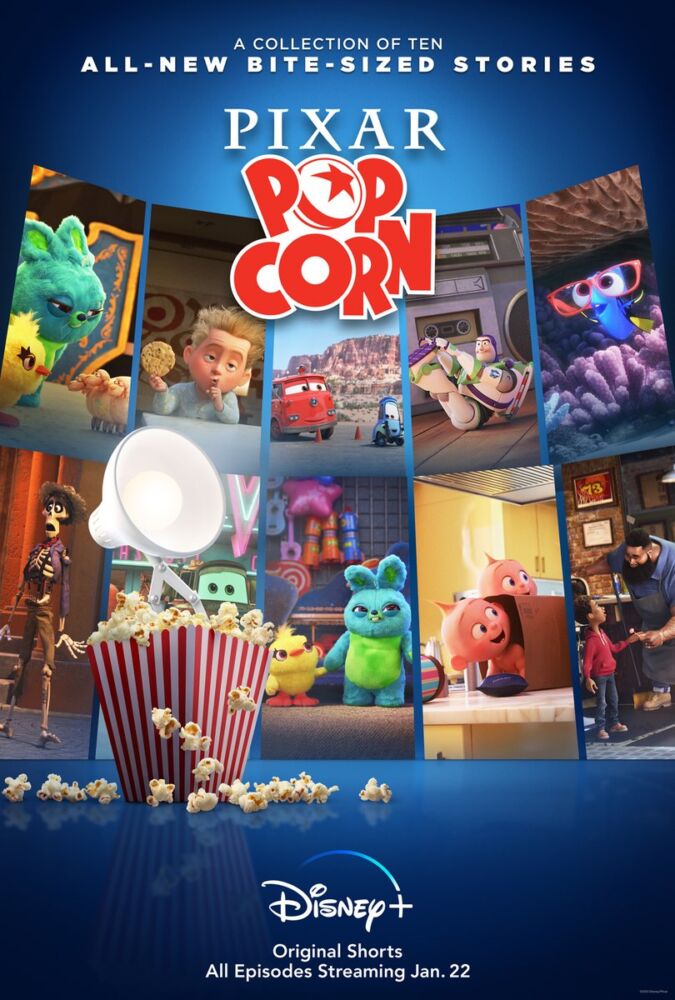 The production, which is a tribute to National Popcorn Day, will debut on the platform on Friday, January 22.

Bringing creations such as Buzz Lightyear, Zezé Pêra, Lightning McQueen and many others that have fallen into popular taste, the film collection is formed of the following titles: ‘Dancing with the Cars’, ‘Incomparable Parking’ ‘,’ Soul – The Soul of the City ‘,’ Cookie Nham Nham ‘,’ Tasks Day – The Incredibles Way ‘,’ Dory Searching ‘,’ A Day in the Life of the Dead ‘,’ Fit ​​and Beyond ‘ and “Cute Things with Duckling and Bunny”.

Only nine of the titles have been revealed