Peacock released the first four minutes of the “Psych 3: This Is Gus” sequel.

The third film will be released on the platform on November 18.

The new film will debut on the eve of Gus and Selene’s (Jazmyn Simon) forced marriage and the birth of their first child, “Baby Guster”. Before the nuptials can take place, Shawn and ‘Groomzilla’ Gus must embark on a mission to find Selene’s ex-husband. Timothy Omundson’s Lassiter, meanwhile, Lassiter (Timothy Omundson) struggles with the future of his career.

Other franchise veterans including Maggie Lawson, Kirsten Nelson and Corbin Bernsen have been confirmed in the new sequel. 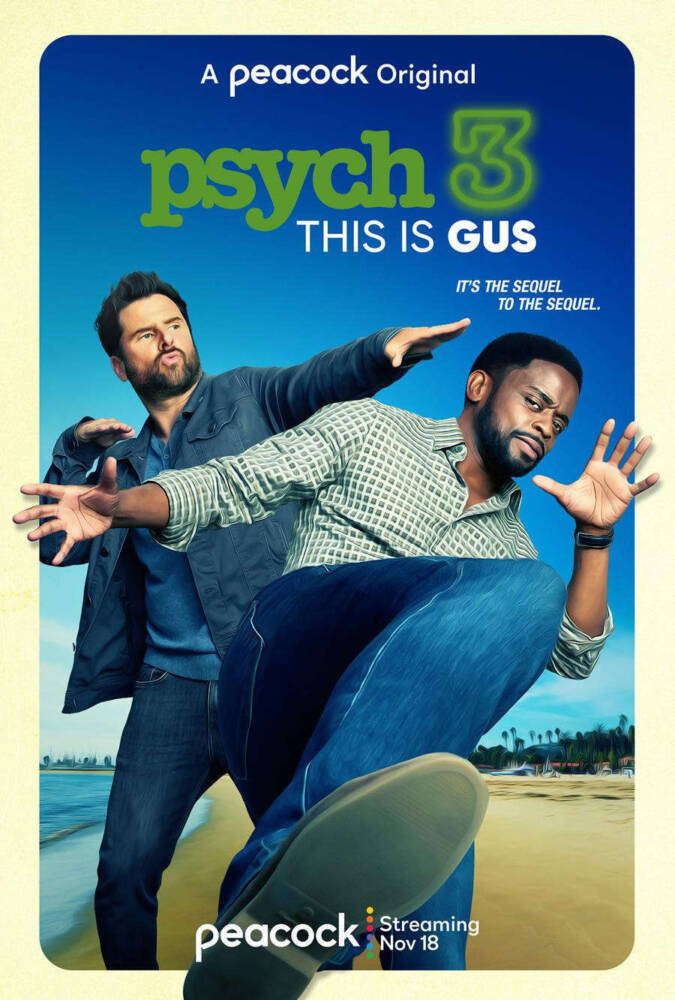