New hit production from Netflix, the film ‘Hypnotic’ is causing a sensation and arousing a lot of curiosity in the practice of clinical hypnosis. It is important to remember that great names in psychology and psychotherapy have submitted to its practice, both for their own consumption and to develop their skills and collaborate in the therapeutic process of their patients. Among them, names such as Freud, Jung, Erickson, Drouot, Wambach, Woolger, Assagioli, Wilber, among many others stand out.

However, all hypnosis starts with self-hypnosis, so the person must want to be hypnotized, According to psychologist, neuropsychologist, master’s in psychoanalysis and doctoral student in neuroscience at Logos University International, Leninha Wagner, “if your patient does not, besides being unethical, you will not succeed ”. Moreover, in the film Hypnotic, for example, there is a “poetic license”, like any work of fiction. “The real facts serve as a guide to a parallel reality,” he adds.

According to the neuropsychologist, “Clinical hypnosis uses brain wave theory, and there is still a lot to be discovered. But we already know that hypnosis is an altered state of consciousness, a way of feeling about yourself, and another way of seeing and understanding others and the world. It is an old therapeutic approach, which causes physical and psychological changes, in behavior and in the capacity of perception ”.

Leninha emphasizes what is included in the practical use of hypnosis: “Desire to quit smoking, pain control, palliative care, eating disorders, sleep disorders, among others. It is a safe practice and has many advantages. But it has no similarity to the film mentioned, in the sense of controlling the mind to the point where the person loses control of himself, executing through “mental triggers” orders which will be blindly obeyed. , that’s definitely a myth. ”For the neuropsychologist,“ production, as a leisure activity is highly recommended, but it should not be taken for granted, just as a recreational source ”.

In addition to this opinion, Dr Fabiano de Abreu, PhD, neuroscientist, master’s degree in psychoanalysis with training in neuropsychology and psychology, considers that the film does not conform to reality. “We are masters of ourselves, according to the capacity of this control. Our prefrontal cortex, which is the region of decision-making, orchestrates this control based on the limbic system, where an individual’s emotions and personality are managed. These are nuances that determine the ability to control the mind itself. Even so, there is no individual who is so affected that he cannot achieve this self-control. In fact, some characteristics are “impossible” to be hypnotized. “

Fabiano also recalls that “the control of the mind itself lies in the ability to manage emotions through emotional intelligence and this depends on the connections between the frontal and temporal areas of the brain. Countless factors interfere, among them, the prior genetic intelligence ”.

“Not everyone has a glimpse of the reality of what is shown in the film, because most do not know hypnosis, which is normal, because it is a complex system that can be learned in psychoanalysis. . This can lead to a false belief about hypnosis, as well as the image of professionals. I am not against fictional films, I think they are wonderful because it raises the imagination. But it there must be a message saying it’s not real, ”adds the neuroscientist.

The film stars Kate Siegel (‘The Curse of the Hill Residence’ and ‘Midnight Mass).

Matt Angel and Suzanne Coote are in charge of the production.

In the plot, a young woman in search of self-improvement enlists a renewed hypnotist, but after a few intense sessions, she soon discovers unexpected and deadly consequences.

Jason O’Mara and Dulé Hill also star in the production. 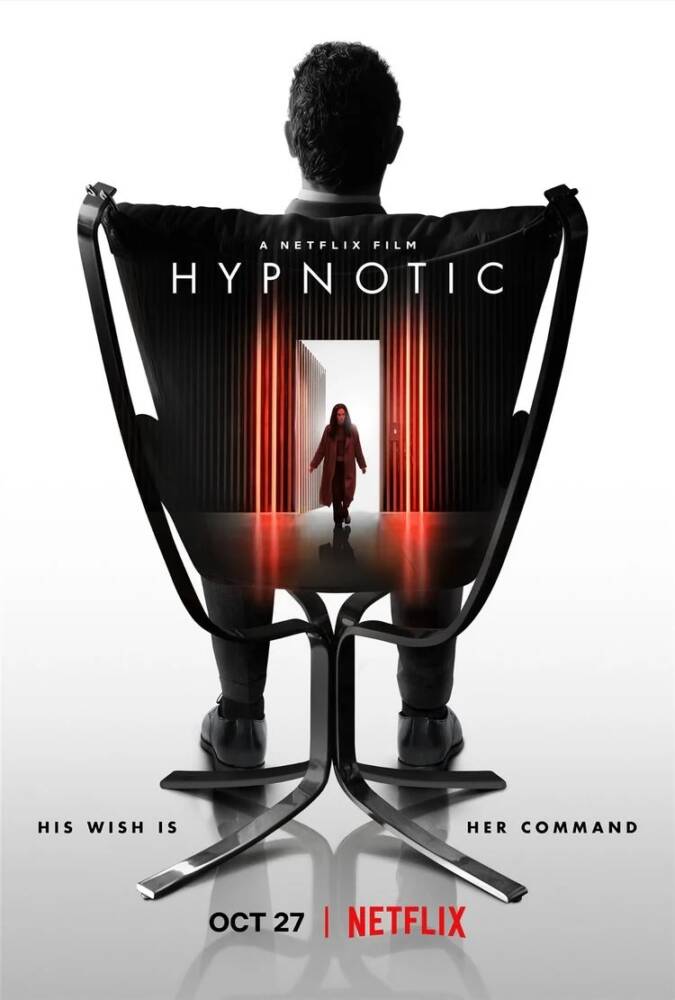