Released in theaters this Thursday (4) the new Marvel adventure: Eternals. Based on the characters of the legendary and brilliant Jack Kirby, the team may not be one of the best known to an unknown comic book audience, but it is one of the most powerful introduced to the MCU. nowadays. Addressing space issues that will be important to this cosmic core of the studio’s new phase, the film is an almost contemplative adventure through the history of the Marvel Cinematic Universe even before the emergence of heroes like Thor and Captain America. In other words, it’s a trait that closes its narrative arc without influencing or being so influenced by that shared timeline that the viewer has grown accustomed to seeing over the past 13 years. However, if you are not so affected by the past, you can bet that it will greatly influence the future of Earth’s Mightiest Heroes. 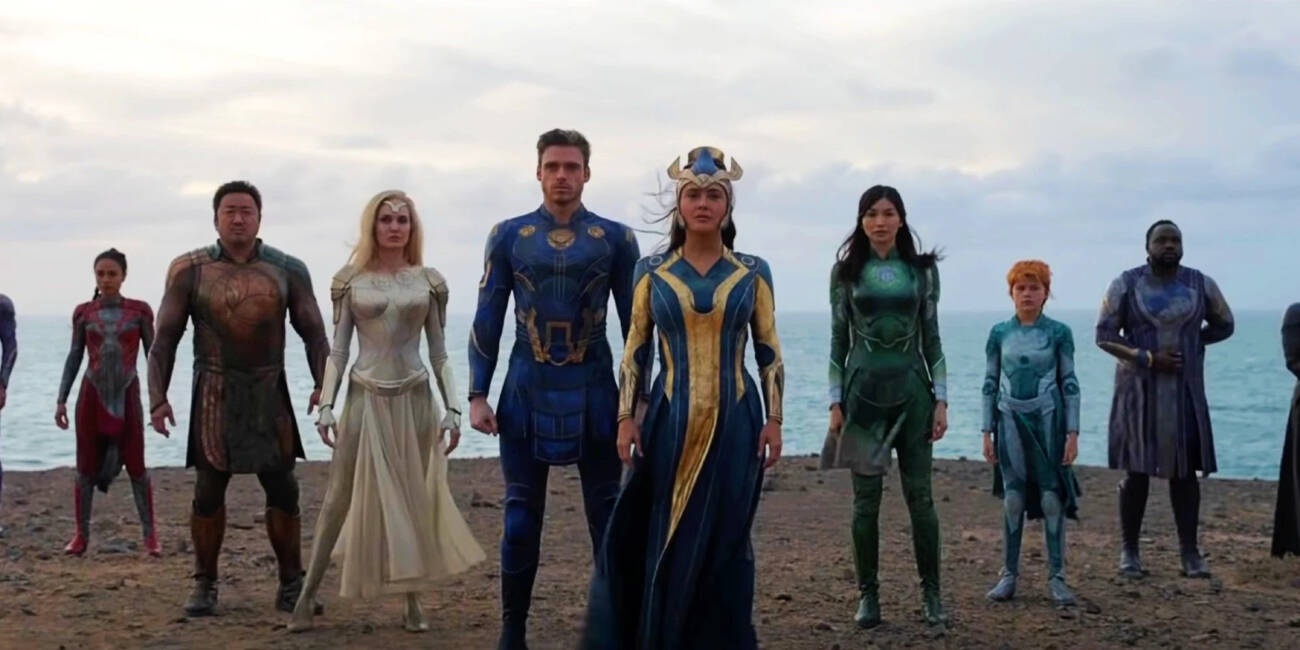 Directed by Chloé Zhao, winner of the last Oscar for Best Director (Nomadland), Eternos is a film that has all the characteristics of the director, which uses wide shots and mixes screen formats to say a lot about the characters without as far as having to put characters in talk, so it’s a feature worth checking out in IMAX. The best example of this is precisely the scene where the heroes arrive on Earth at the dawn of humanity. The Eternals’ human vision explores the IMAX format, filling the entire screen, giving the characters a sense of grandeur. On the other hand, when entering the perspective of the Eternals looking at humans, the camera switches to the standard format, conveying the feeling of smallness of the people in front of the gods of space.

This greatness fits the description of the comic book characters, who are the “perfect” creation of the Celestials, as opposed to the Deviants, literally described as ugly and monstrous creatures. At this point, the adaptation of the heroes was pretty good, including the times when they tell stories about inspiring some of history’s most famous myths, such as the Greek gods, and having met and interacted with icons of humanity, such as Charles Darwin. Speaking of Darwin, there is a little joke when the characters talk about evolution. And it turns out that’s exactly the subject of the film: evolution.

The plot of the film shows the Eternals created by the Celestials and sent to Earth at the dawn of humanity to learn and follow the development of society, protecting the population of the planet from the deviant threat. Its mission is not to interfere in the conflicts that hinder human evolution, nor to help to the point of accelerating this growth. Therefore, when the intergalactic enemies are defeated, the heroes are granted permission to live on the planet for a specific purpose, as long as they do not violate the rules of their coming. However, after thousands of years, the Deviants reappear, forcing the Eternals to reunite again to avoid the cataclysm of the week. So begins an adventure that will show the paths that everyone has followed, which manages to be dramatic and extremely fun at the same time.

And the problem grows as they find out that Deviants evolve, soon becoming resistant to heroes’ powers alone. At the heart of the Eternals, as the plot progresses, the question of evolution, whether physical or mental, also becomes an important point, leading to debates on real-life issues. 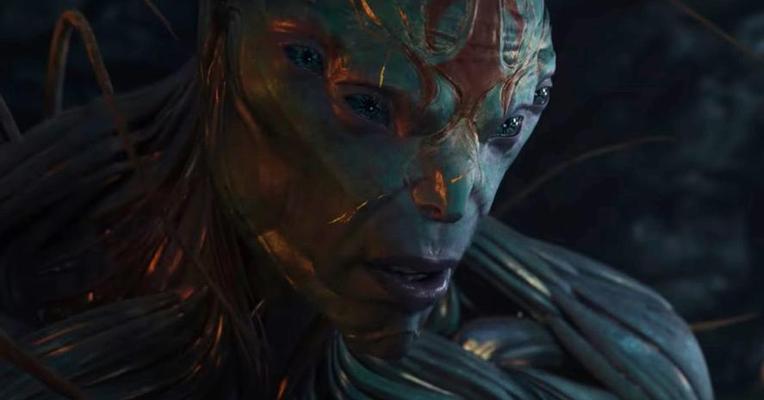 And unlike other Marvel productions, this one allows itself to develop at a not-so-hectic pace, taking advantage of times to work more from the staff of some of the characters. This slower pace may not appeal to some, mainly because of some scenes that are a little too long, giving the impression that the film might have a 20 minute cutoff that wouldn’t make as much of a difference, as the countless contemplative scenes. of the sunset.

On the flip side, some of these moments end up humanizing the divine aliens quite a bit. And the infamous “Marvel Formula” runs through the story, mostly occurring in the core of Kingo (Kumail Nanjiani), an Eternal who made his life on Earth as a Bollywood star. He travels everywhere with his butler, makes a big joke with the movie market, and makes funny jokes during his appearances. This duet is a wonderful comedic relief that helps guide the plot, bringing human vision among the gods. 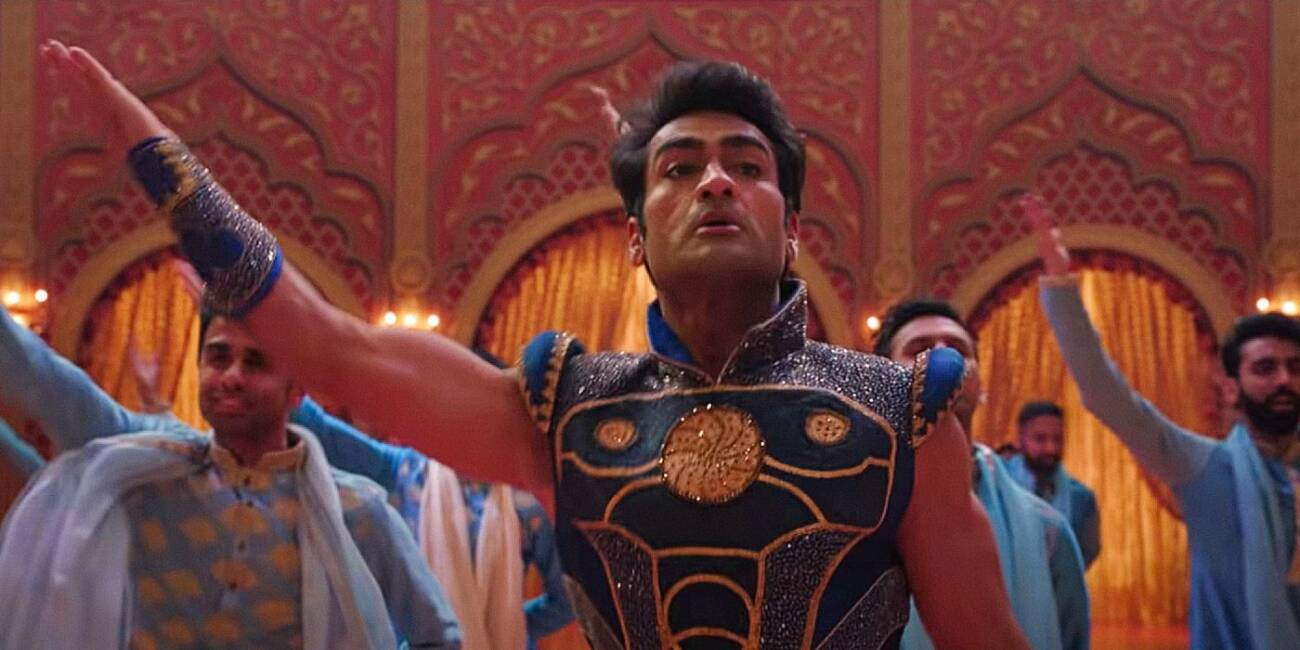 Despite these individual highlights very based on the charisma of the duo, the cast fulfills its role without having great notoriety, but also without compromise. It’s a competent performance for what the characters ask for, very reminiscent of the heroes of the Justice League. Perhaps this is why there are explicit references to the DC Universe in this film, paying homage to the rival company and even playing with it.

And even the more sober but charismatic imprint chosen to represent the group is very reminiscent of the heroes of the competition. The final scene, which shows several of them using their special powers at the same time, can make Superman, Wonder Woman, and The Flash fans sigh with such cool choreography involving those abilities. 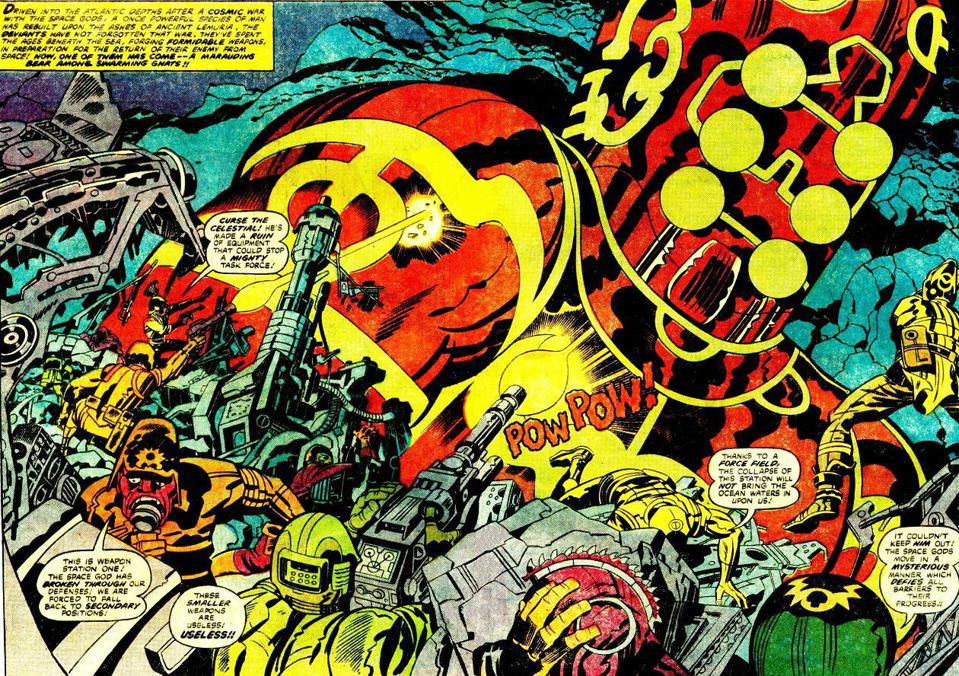 Unfortunately, this more sober choice directly influences the aesthetic, which ends up not using so much of the countless colors that marked Jack Kirby’s almost psychedelic work in the comics. It would be very interesting if this colorful aesthetic dominated the story. Who ends up being an exception in the sober imprint are the Celestials, the gigantic entities who created the Eternals. They are colossal and colorful, allowing Chloe Zhao to play with scales a lot, in a very interesting work, which leaves the viewer with the desire to see these colors and lighting more used in the terrestrial environment which dominates the plot.

Ah, it’s worth mentioning a few historical context games that occur with some frequency, but in very subtle ways, like Thena (Angelina Jolie) reproducing the pose of a statue of Athena, the Greek goddess who comic book mythology, would have been inspired by her. 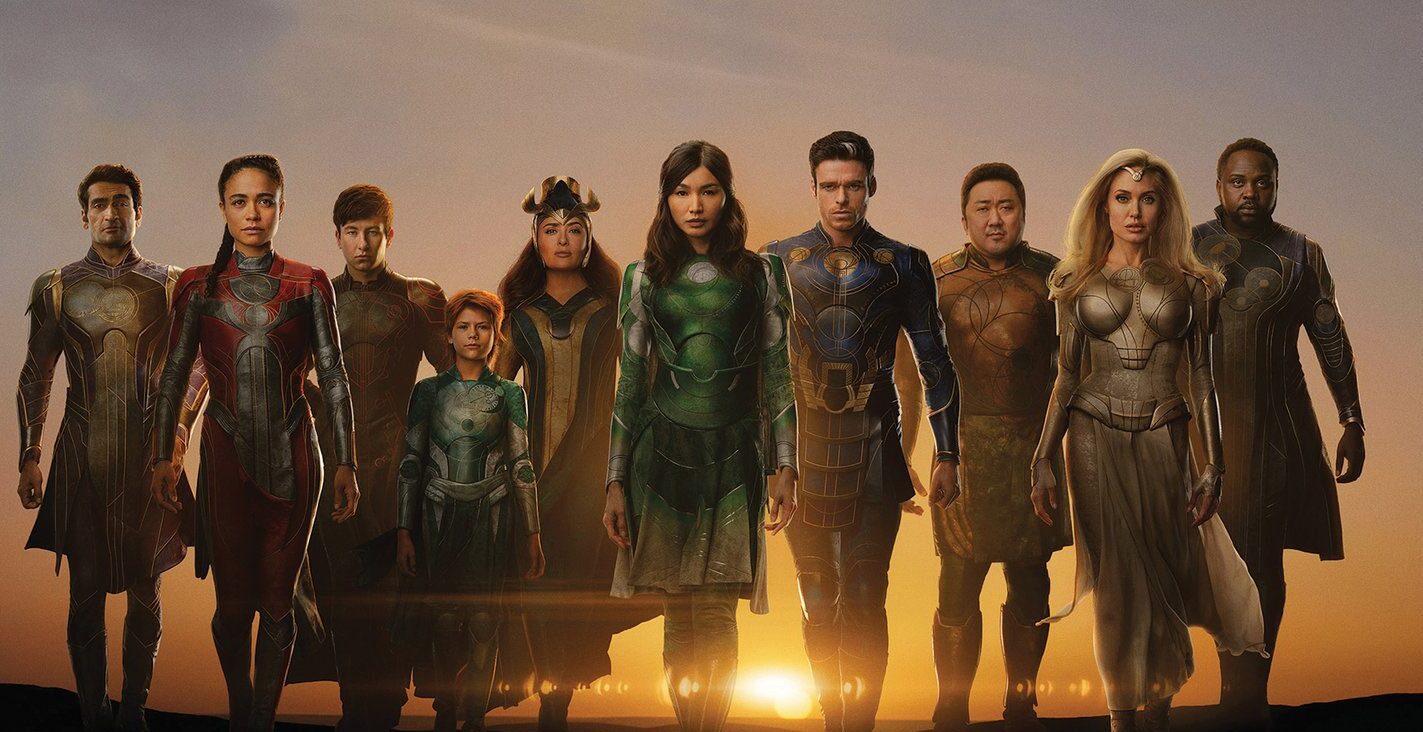 Finally, the two post-credit scenes directly touch the two cores of the MCU’s future: space and ground, so it’s worth waiting for the lights to come on to exit the session.

With directorial marks and an overpowering lineup of characters, Eternos is a long, fun film that is more concerned with developing its own story than working with the theories and “mirabolances” of the MCU, despite contributing elements that will influence the future. The slower pace may not be for everyone, but it still has everything a good Marvel movie usually has. 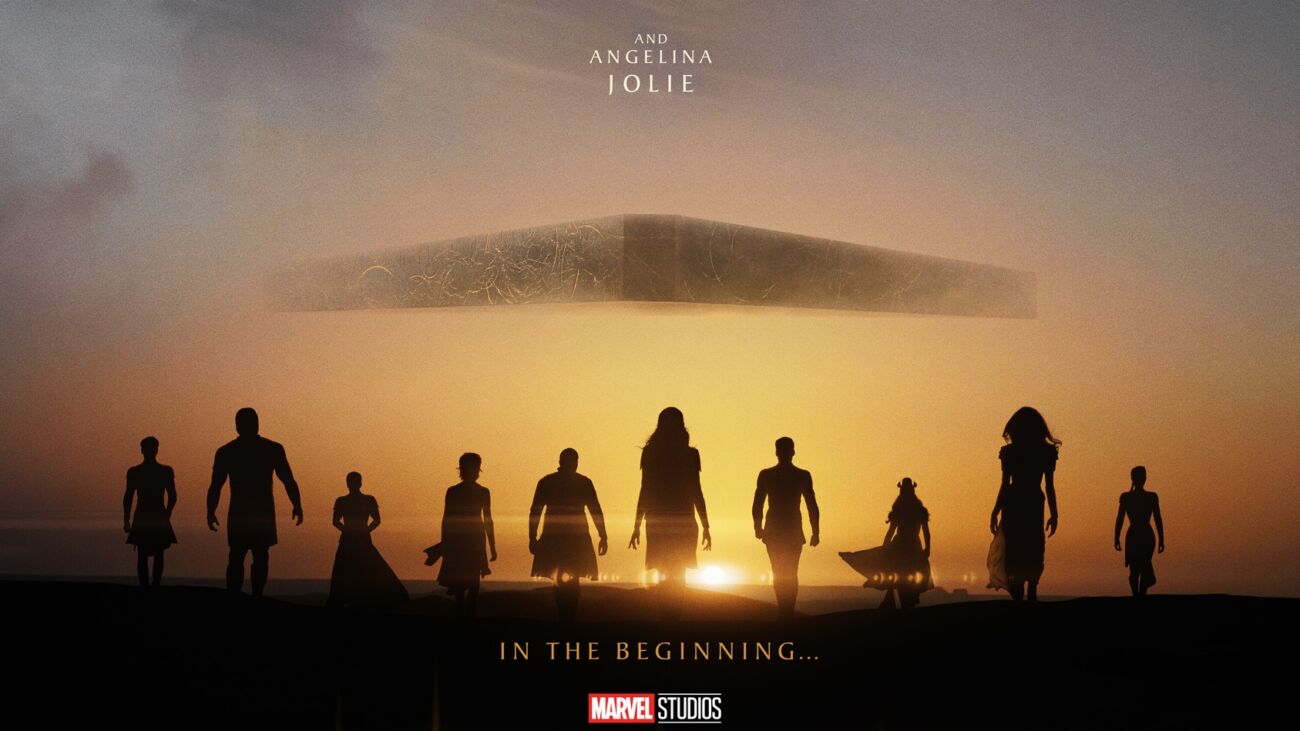