There is less than a month left for the Tokyo Olympics. The World Games were scheduled to take place in 2020, however, as we know they have been postponed until this year due to the pandemic that has devastated the world. While most countries are still experiencing this issue, the games are slated to take place next month in the capital of Japan, and, to get in the mood for the biggest sporting event in the world, the feature film ‘4 × 100: Correndo por um Sonho ‘, an intimate portrait of women in Brazilian athletics. 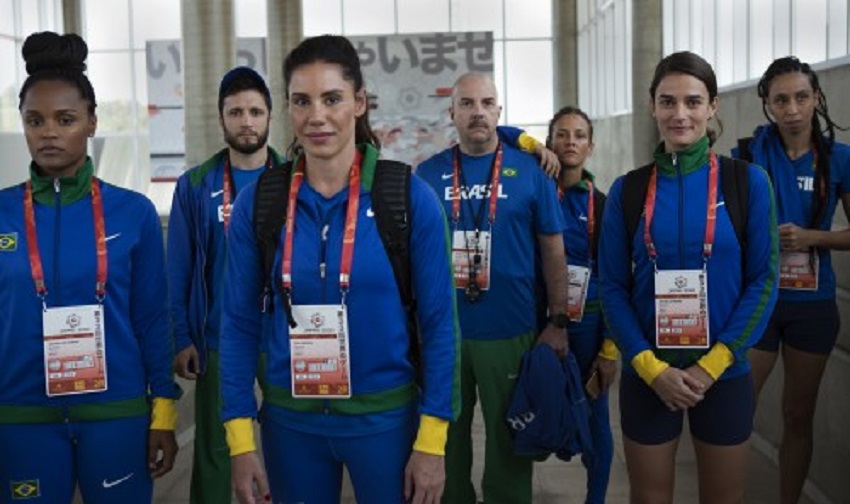 During the Rio 2016 Olympics, Rita (Roberta Alonso), Dri (Thalita Carauta), Maria Lúcia (Fernanda de Freitas) and Jaciara (Cintia Rosa) give their all in the grand final of the women’s 4 × 100 relay, however, a discontent brings down the bat. Four years have passed and the bitter sadness of this final still remains with these athletes, however, the preparation for the new games has to be done, and coach Victor (Augusto Madeira) is expected to list who will represent Brazil in Tokyo. In the name of the dream gold medal, Rita, Dri, Maria Lúcia and Jaciara will have to devote themselves fully, especially after the arrival of the newcomer Sofia (Priscila Steinman). 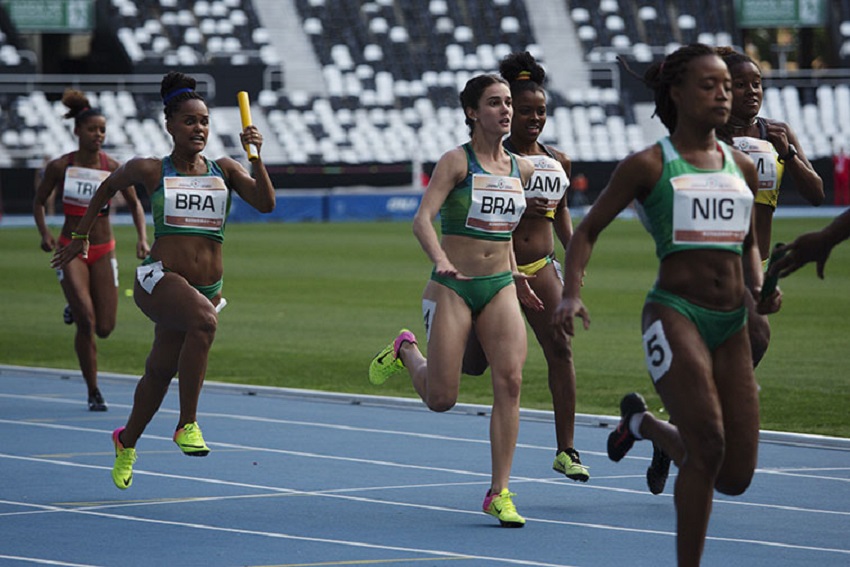 At the start of the film, we are greeted with a message explaining to the viewer that the film was produced in 2019 with the intention of having a release in 2020, when the Olympics would initially be. Of course, we all know that, but going forward, it’s important that those who come after us know the impact the pandemic has had on film production and distribution around the world – and that sets a tone. sad to our contemporary little hearts in these times.

The screenplay, composed by six people – LG Bayão, Carlos Cortez, Mauro Lima, Caroline Fioratti, Juliana Soares and Tomas Portella – focuses the exhibition on the protagonist Dri (very well played by Thalita Carauta) to approach a universe little known to the general audience, especially when it comes to Brazilian athletes. When we are inserted behind the scenes of the preparation for the big competitions, we are faced with a reality which is not at all romantic, but harsh, without sponsorship, full of intrigue, challenges and a lot, a lot of dedication. Those who see the results don’t see the sacrifices. 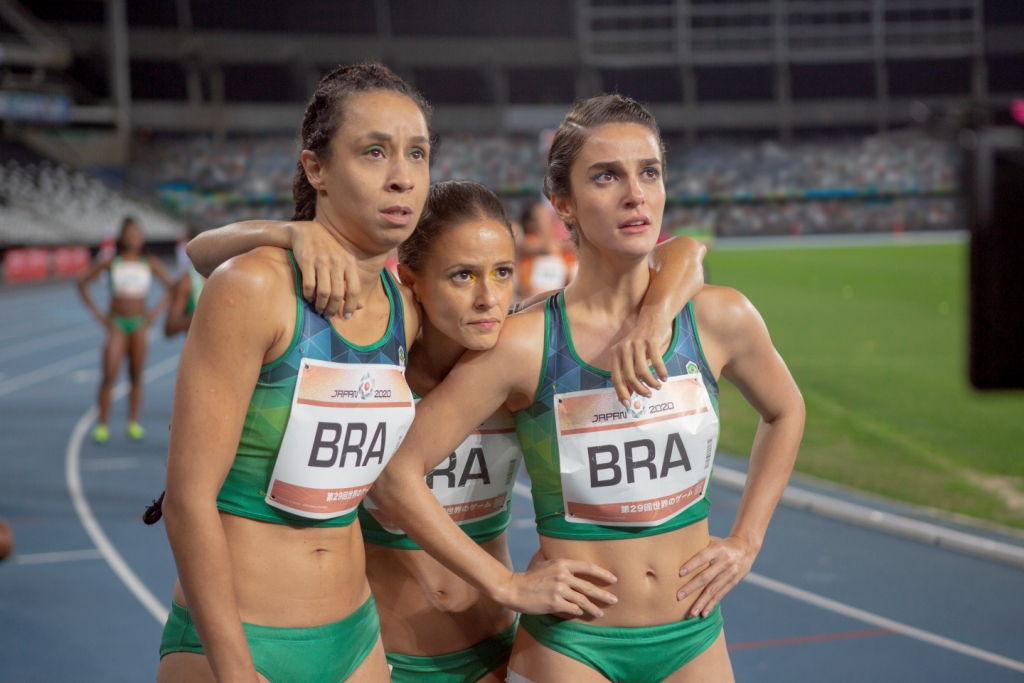 In trying to build a broad view of the category, Tomas Portella’s film ends up opening up a wider range than he can envision, so some elements remain unclear in the plot, such as the question of doping ( the result of which is not even shown in the movie) or the lesbian affection that can eventually happen in female athletes. Sometimes it’s better not to put all the topics in a movie if you don’t develop them with dedication, as you might confuse the viewer for nothing.

We Brazilians have seen many, many Nordic sports films chasing their dreams, even when these sports are not part of our reality. We saw ice skaters and cheerleaders and even Jamaican sled competitions! So why not a film about Brazilian athletes in the 4 × 100 relay? Therefore, ‘4 × 100: Correndo por um Sonho’ is a very honest film about the reality of Brazilian athletes and pays a beautiful tribute to these warrior women of sport. 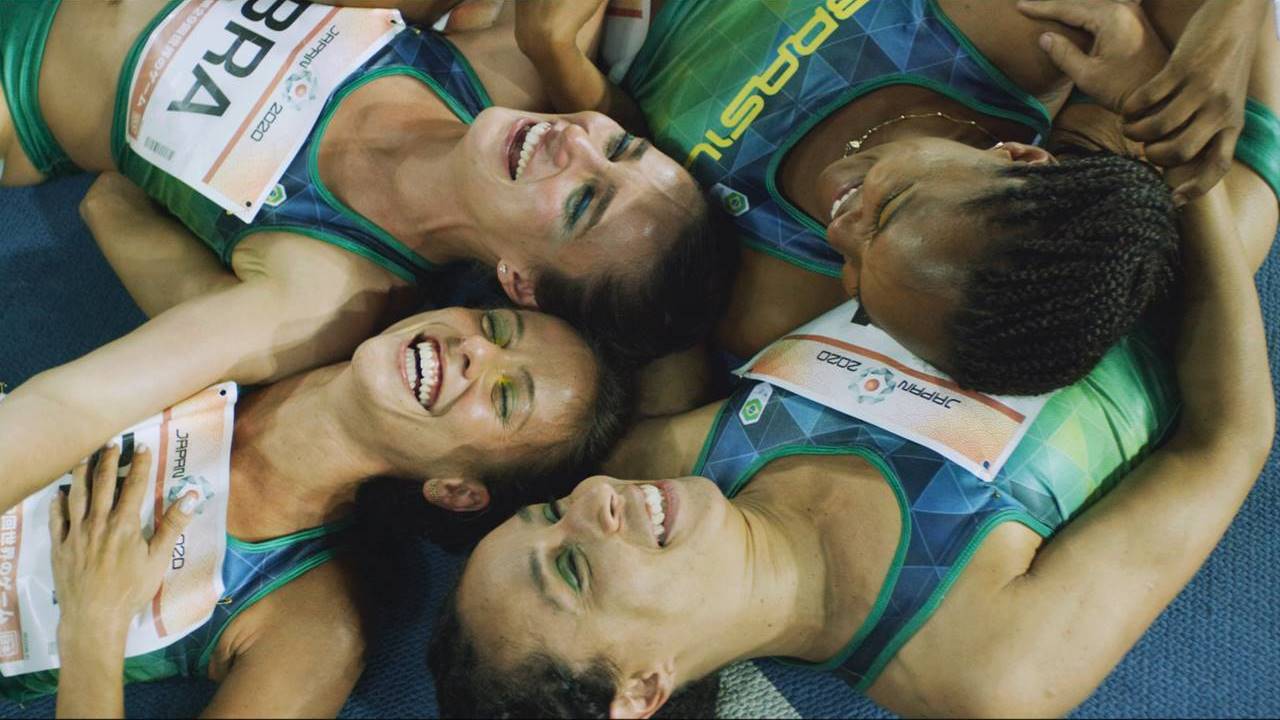