Parenthood brings us closer to a sweet, bittersweet feeling of forgiveness for our parents, who are now us. Directed by French filmmaker Hugo Gélin in his second feature film of his career, Une famille à deux is a drama disguised as comedy with many reflections on fatherhood and how to face life when it takes paths never imagined before. Drawing on the charisma and talent of French actor Omar Sy (Intouchables), the film nonetheless remains a dramatic cut of the love of a father with his daughter.

Remake of the Mexican feature film We Don’t Accept Returns (2013), A Family of Two tells the story of a reckless man named Samuel (Omar Sy), who lives between a romance and another working at a resort in a heavenly place in France. .

One day, after spending the night with two women on a boat, an old acquaintance named Kristin (Clémence Poésy) appears in her life, bringing a child with her and saying that Samuel is the father. After being surprised by the news and by Kristin’s abandonment of the story, Samuel over the years grows and matures giving his daughter the best of her life. So he moved to London and landed a job as a stuntman, a career that continued successfully until the unexpected return of his daughter’s mother in history. 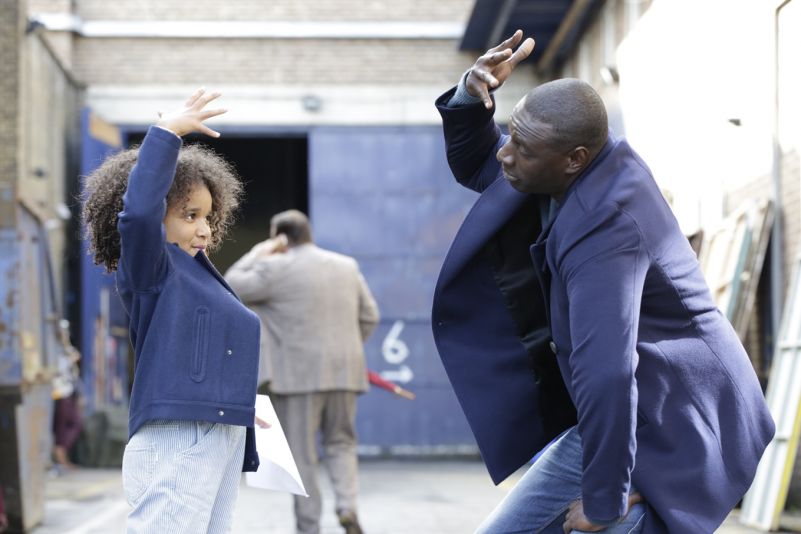 The first arc is very busy, we meet Samuel and his sloppy life, full of parties and women. The shock of her constant inconsistencies comes as Gloria (the child abandoned by her mother) comes into her life. The road traveled is intense and exhausting, he needs to find a job and a home in a city he does not know.At this time, like an angel, Bernie (Antoine Bertrand) a famous casting director who ends up adopting not only her father appears in her life but the little child.

The second arc shows Samuel’s stability and his constant search for news from Kristin (whom he tries to correspond with through his facebook inbox), as well as exploring how the now almost 10-year-old girl feels. for her mother whom she thinks is a secret agent. (fruit of a false idea of ​​Samuel). In the next act, we’re surprised with the return of the girl’s mother and all the legal development that ends up being a consequence when Kristin decides to approach her daughter and be her mother again, but then surprises. on life are put on the table and the film becomes quite exciting with some beautiful scenes already close to their conclusion.

This French comedy-drama is a snippet of life and how we sometimes need to change so that the people we love, around us, have all the tools in the world to feel happy.