Talking about cinema in a film is a fascination for lovers of the seventh art. New to the competitive program of the Cannes Film Festival 2021, director Mia Hansen-Løve (What’s Coming) performs with feat and a certain melancholy a tribute to Swedish filmmaker Ingmar Bergman, who died in 2007. She takes us on an excursion to the island from Fårö, to Gotlands län, Sweden, where Bergman spent his last days, wrote his screenplays and shot many of his works.

A prolific artist, Bergman left behind more than 50 films, in which he dealt with themes, from metaphysics (The Seventh Seal, 1957), to psychological introspection (Persona, 1966) and the analysis of life. of a couple (Scenes of a Marriage, 1974), in addition to family reflection (Fanny & Alexander, 1982). So, all these elements are presented in the script by Mia Hansen-Løve based on the curiosity of filmmakers Chris (Vicky Krieps) and Tony (Tim Roth), who visit the island of Fårö, in search of knowledge and inspiration. . 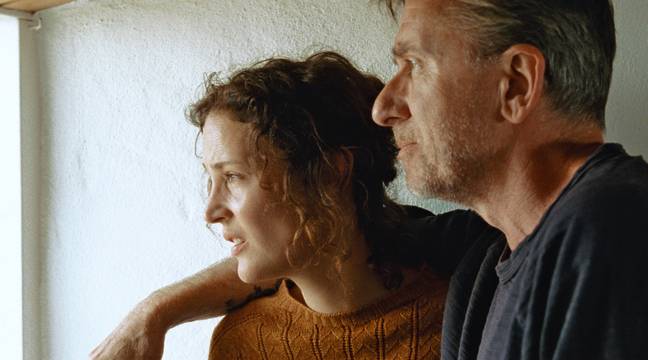 She is a famous director and an expert in the work of the Swedish author, as she is a screenwriter steeped in the indecision of the end of her current work. In addition to her role as a writer, she reflects on her role as a mother, as she keeps thinking about her little girl left for a few days away from her care to concentrate on her work. Thus, the French director projects a metalanguage to talk about the process of creation, influence and admiration in cinema.

A parent of nine children of six different women, Ingmar Bergman was an absent father, and some of the film’s dialogue makes the director’s messy personal life proof of the tremendous amount of work he has done. In search of a lyricism for his adventure “in the discovery of Bergman”, Chris meets the young filmmaker and researcher Hampus (Hampus Nordenson), responsible for making her discover curiosities about the island and the Swedes with whom she begins to compose his scenario. 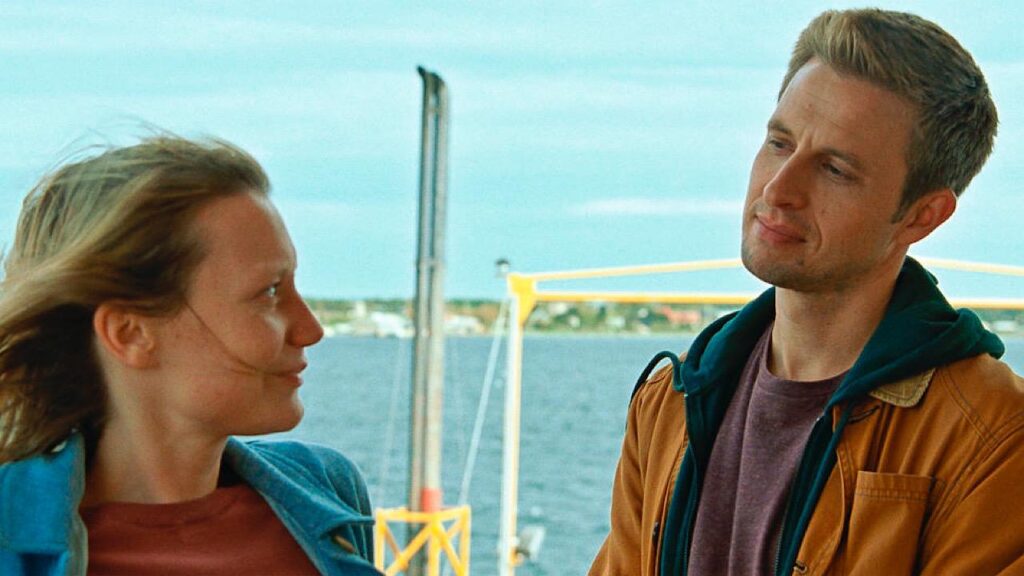 A second film enters the scene with the characters Amy (Mia Wasikowska) and Joseph (Anders Danielsen Lie). They meet again after a long time for the wedding of a mutual friend on the island of Fårö. For three days, Amy has the chance to relive the feelings lodged in her chest, while Joseph hesitates to approach the young woman. The fable of Amy and Joseph takes on such vivid and feverish contours that for a moment the writer and director of the main story become secondary.

Following Amy’s suffering for a fleeting, idealized love arouses more curiosity than Chris and Tony’s daily wanderings and commitments. Thus, the life of creators and creatures divides the screen and our attention. There is, however, an attraction in the two narratives because of the complicity of wanting to see them as part of the story, and not as creations to provoke specific emotions in us. By playing with metalanguage, Mia Hansen-Løve plays with our perception of having legitimate feelings for fractions of a second in front of the screen.

Bergman Island is not a film of conclusions and resolutions, but of process. Those who know how to appreciate the walk rather than the finish will admire Mia Hansen-Løve’s effort to present the reverse side of Bergman and the reverse side of the construction of history. The paths of the characters seem half-open, but it is because of these possibilities in play that their work has a particular zeal.