Perhaps one of the biggest gaps in the Marvel Universe, the origin story of the Black Widow heroine has always remained adrift, between small explanatory comments and reflective moments little explored on the big screen. Still a mystery to the public, Natasha Romanoff is the one who was introduced to us still in the early stages of the MCU, in Iron Man 2. And after tracing her entire history as the person who has permeated so many other Avengers movies, but never had it. Right now, she’s winning her first solo flight – although it arrived late shortly after it ended. 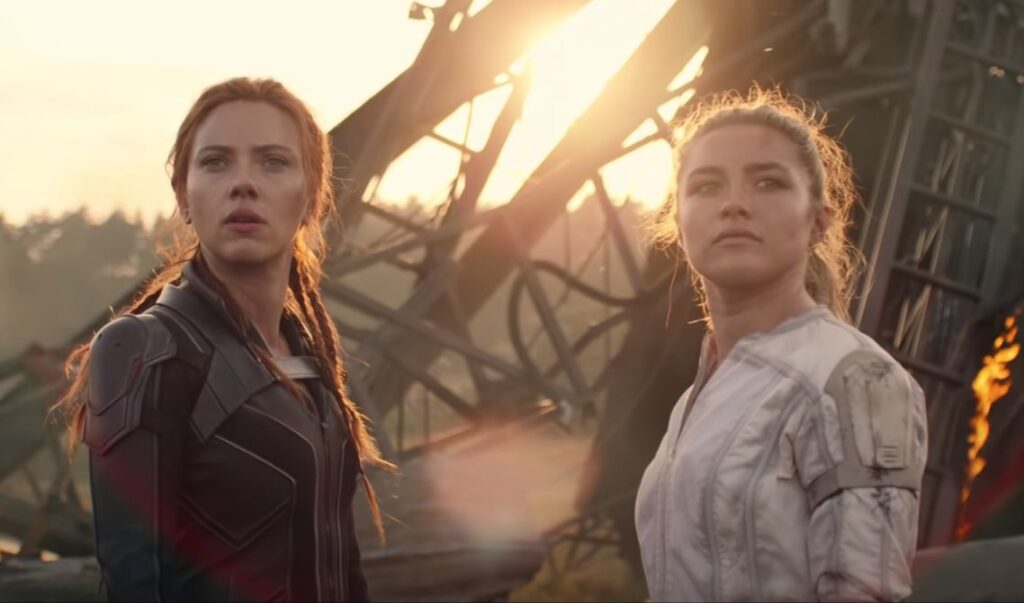 With an intriguing background, the character created by the iconic Stan Lee gives way to a narrative that easily flirts with the socio-political thriller genre. Born into comics in the 1960s, in a Cold War setting, it is the result of dangerous tensions between the United States and the Soviet Union. And in the feature film directed by Cate Shortland, we glimpse this intense obstacle – which directly affected the cinema of the 70s and 80s -, making small direct references to the heroine’s comics. But as someone who also seeks to connect with contemporaneity, screenwriter Eric Pearson tries to make Black Widow a little female manifesto, exploring the namesake protagonist, and everyone else around her, from a somewhat perspective. more complex. Here, little girls without any family origin are “recruited” like the little slaves of a Russian tycoon, who transforms them into young manipulative bloodthirsty killers.

The consequences of this succession of abuse are at the heart of Natasha’s origin story, brilliantly played by Scarlett Johansson. And by answering the age-old question “what happened in Budapest? », The comic book adaptation explains how this fateful and until then secret moment has definitely transformed the protagonist. Building a journey through childhood trauma, the unstructured family nucleus, and compulsive, unhealthy enslavement, the film always knows how to make a balanced union between good drama and lots of action, sprinkled with sweet comic relief, which serves as a respite from the plot. And in this solo film, not only Johansson can play in his own story – instead of supporting so many others – but the production puts at the center a very rich female cast, supported by the beautiful Florence Pugh and Rachel Weisz, who make their supporting actors the perfect bond with Natasha Romanoff.

Offering a visual spectacle with her action scenes, Black Widow does not star in the service and knows how to exploit her trendy screen time, doing what Marvel Studios knows best: returning to extravagant explosions, with choreography from intensely acrobatic combat. But just to scratch the surface of its deep story – which here is the backbone of all the action, the film is an insatiable experience, one that leaves us expecting a lot more where the complex narrative comes from. And in the hope that the solo film wins a new sequel, it’s only right that we can delve into the enormous traumas that have surrounded the lives of Natasha and Yelena (Pugh), who here could have acquired the same level of catharsis that we captivated. so much in WandaVision.

Yet Marvel Studios is once again getting big. With an admirable collection of ultra-realistic visual effects, the film instantly gives us that nostalgic feeling of wanting to be in theaters. Designed to be experienced in front of a large audience – on the biggest screen possible, Black Widow is also a delightful memory from the last time we stood in front of the Avengers, in 2019. A production that stands out with grace and voracity and with a cast that delivers everything on screen (David Harbor is a wonderful surprise!), the film also makes that direct connection to the vast universe of Kevin Feige that fans so rave about. Straight to a touching and comedic post-credits scene, Black Widow not only manages to cover the past of the namesake character, but also presents the future of the MCU, both at Disney + and in theaters.