Bringing viewers a story of feminine strength, of changes in an era that adds to the famous social revolution of 1968 in France, marked by general strikes and student occupations that brought about a freedom and a strength of youth culture in Europe, The Good Wife shows characters, from different generations, with imminent conflicts in search of this freedom in an era still short of changes in the way of seeing women in society, in the family, at work. Directed by filmmaker Martin Provost and with another fine performance by the muse of French cinema, Juliette Binoche, the film, especially in its end, more than emblematic, is still a cry of strength for future generations.

In the plot, we meet Paulette Van Der Beck (Juliette Binoche), who with her husband Robert (François Berléand) runs a school in Alsace which essentially aims to train teenage girls to become perfect housewives. There, they learn to cook, to sew, all the absurd elements without choice to follow the orders of her husband, and can only remain silent. But feminist visions reach young women through the radio, from certain hidden experiences of young women leading to a sort of rebellion that is still timid but which is reinforced with the union between them. Along with this, after a tragic event, Paulette rediscovers the love that had been separated years ago by war which also brings her into a new line of thought, teaching what she no longer believes there is. a little exposed internal conflict that begins to arise with the arrival of this incredible new love. 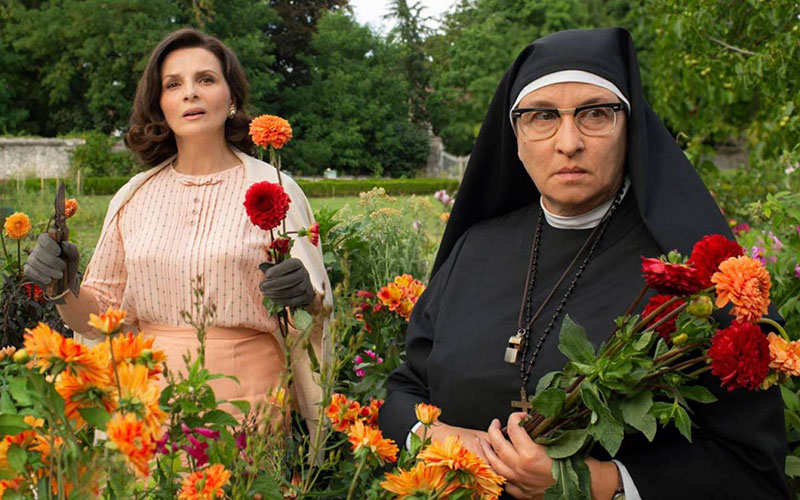 There are reflections in every corner of this great French feature film. In the sentence: ‘I would like to be your wife, not the shadow of your life’, the change, the attitude, the union of women in relation to the way they are treated by an extremely sexist society is obvious . The use of comedy as a counterpoint, even mixed with drama, gives it softness, lightness, letting the reflection reach the viewer in a more chewed way. The chaotic universe of despair of those who fail to position themselves ends up evolving in the direction of tragedy even if the film has few dramatic / comic breaks. 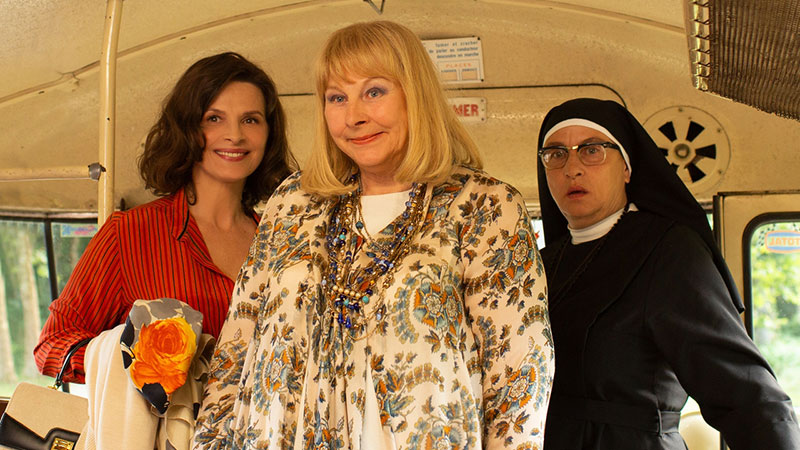 At the same time, within the temporal universe mentioned (end of the 1960s), France is seen as a powder of social conflicts, mainly against the government of De Gaulle (at the very end of his government). We have succeeded in filling in the lines of the gaps left, we can see the horizon, on this construction of a movement in different parts of the world (not only in France). At this stage, the importance of the character of Paulette, who enters a deconstruction as deep as the country that surrounds her. From this transformation, he completely steals the scene, also a result of Binoche’s skill in the scene.

The feature opens on June 17. A beautiful work, full of humor, drama (even musical!) And charismatic performances. Follow her husband’s orders, just keep silent? Not anymore!