Expectations were high after young French director Julia Ducournau’s meteoric debut in 2016. With Grave (Raw), the newcomer managed to captivate visceral horror fans and photography enthusiasts with a heroine discovering her own identity and his sexual appetite. In contrast, released at the 2021 Cannes Film Festival, Titanium, his second feature film, has a cold, uncomfortable and uninviting plot, but it made audiences want to vomit.

After a car accident as a child, Alexia (Agathe Rousselle) is forced to live with a titanium plate on her head. The first scene presents the event derived from a banality and a neglectful father. Over the years, the distinct appearance of the metal and the scar becomes part of his dissociative personality. She works as an exotic dancer on cars and has strange admirers. 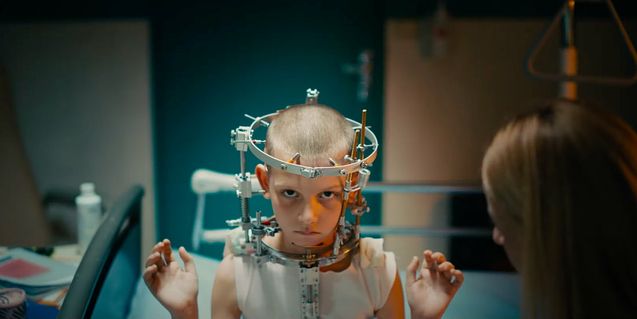 Shortly after being released from the hospital, little girl, the little girl kisses the car that made her, in part, carved in metal. The hybrid machine and the human is the common thread of Julia Ducournau’s story. After spending a night of unprotected sex in the car, Alexia finds herself pregnant and a slimy black oil flows between her legs, as if gasoline is flowing through her veins instead of blood.

From then on, the plot becomes a sequence of scenes designed to cause discomfort and disturb the viewer. When she realizes that she is pregnant, she tries to have an abortion with her own hands using a “hair stick”. Despite the usefulness of holding your wicks, the “stick” is a real weapon in your hands and not just against the fetus itself.

Besides the attempted abortion, two other scenes give goosebumps. The first is during sex with her colleague Justine (Garance Marillier) – the protagonist of the director’s first film. She tries to remove the tooth from the piercing in the girl’s nipple. The second moment is when she decides to pass herself off as a boy who has been missing for years to escape the police. To do this, she breaks her nose by crushing it against the bathroom sink. 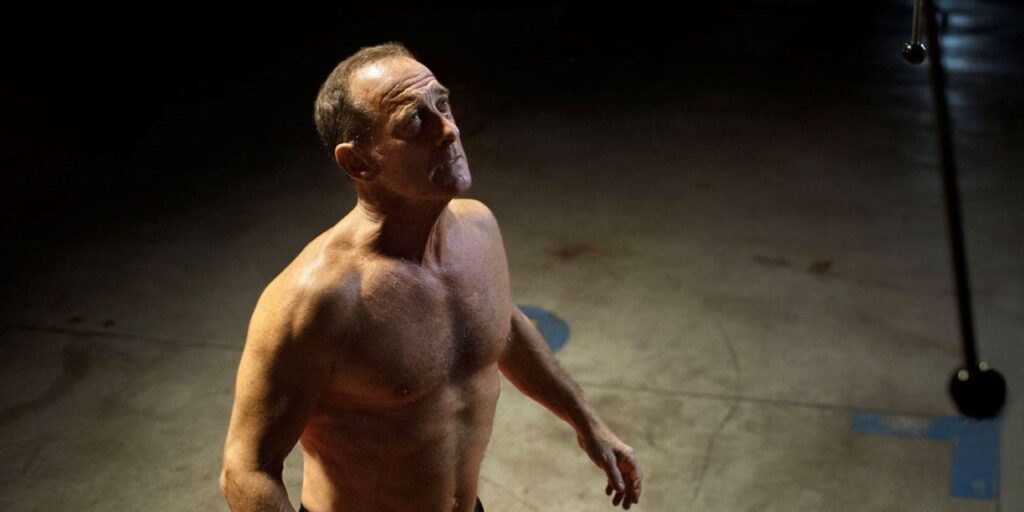 If there were any stomach-busting scenes in the director’s first film, they were tied to a definite, alluring purpose. In Titanium, the suspense of the story lies in the baby in the car transforming into a human body. The protagonist, however, is completely opaque. Mixture of Crash – Strange Pleasures (1996) by David Cronenberg and Eraserhead (1977) by David Lynch, the strange fable has its photographic charm and a hypnotic setting, but does not engage Alexia.

To add to the intrigue, Vincent (Vincent Lindon), the father of the missing boy Adrien (whom Alexia incorporates by making his female forms disappear), welcomes him into his house without DNA testing or other questions. Psychologically disturbed and quite muscular at 62 years old, the actor represents the limit of the human structure with drug injections to strengthen him. A parallel that causes tensions on the scourge of the body resulting from the mutilations practiced by Alexia and the firefighters, since he is a firefighter. 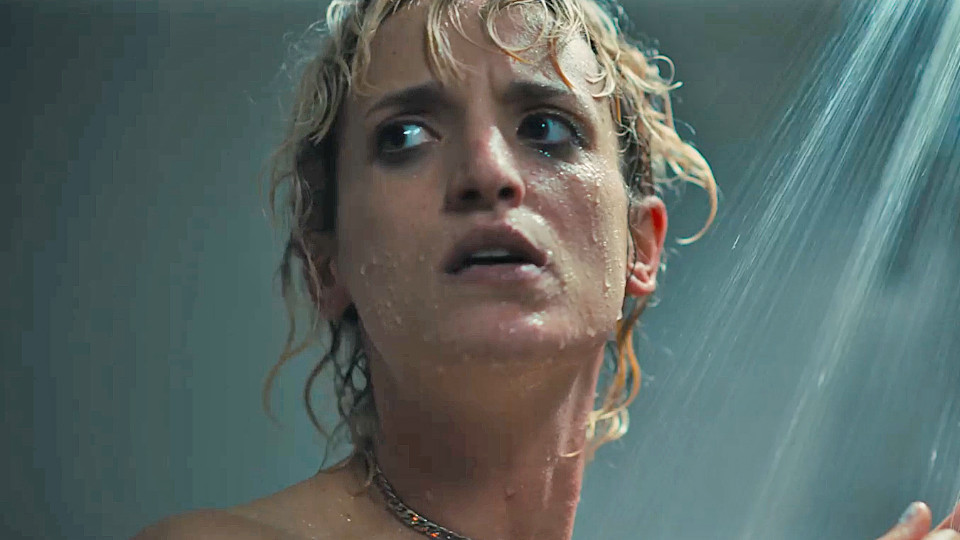 Titanium tests the limit between human brute force and mechanical power. Between the continuous pain and the incessant itching, which causes Alexia to scratch her stomach, the tension is projected by the birth of the fruit of a night of lust between the car and the protagonist. The birth scene, however, does not generate the expected climax. Despite the possible allusion to Ridley Scott’s Eighth Passenger Alien (1979), the birth is a defeat for Alexia and redemption for Vicente, after a strange closeness between him and his stepson Adrien.

Like Jordan Peele, Julia Ducournau slipped into the syndrome of the second fantastic film, that is to say after a dizzying debut in cinema, just like Run! (2017), by Peele, the director cannot retain the charm and surprise of the first project. With Knots (2019) Jordan created an interesting private world that failed to tie its own knots. In Titane, the French filmmaker presents an unsupervised spectacle of horrors and turmoil. As part of the perversion program, it can be entertaining, but it takes more context to mark the audience.

** Films seen at the Cannes Film Festival on July 14.