Check next to the poster: 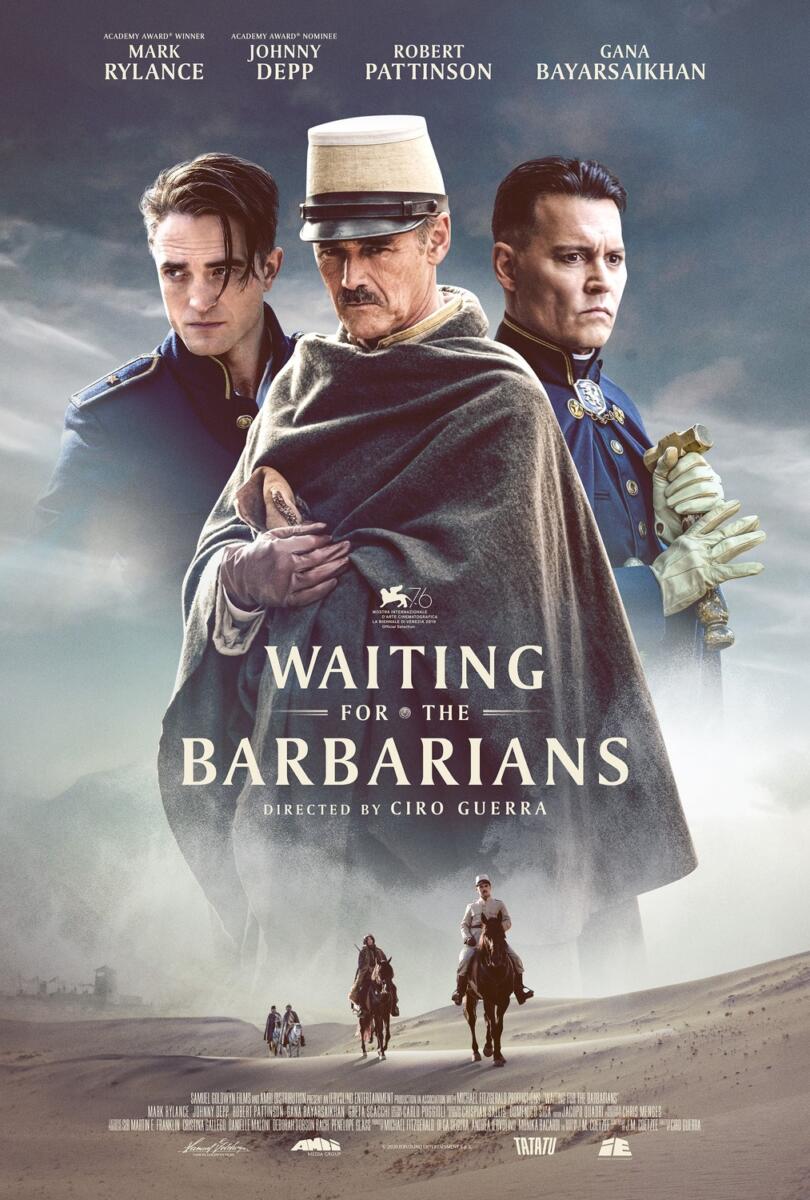 The film is directed by Ciro Guerra (“The Serpent’s Embrace”).

In a small province in the west of the United Kingdom lives a magistrate very devoted to his work. However, when Colonel Joll, famous for his “interrogations” and tortures, arrives from the capital to investigate the barbarians, he begins to question his loyalty to the Empire.