This poor author must have remembered the tragic voyage of the Baudelaires, but not the reader. It is recommended that he search for happier texts on the same site

Remembering these misfortunes is painful. Remembering you is even more painful

The concept of adventure can mean several things; usually something exciting, exciting or very positive. For example, if you are invited to take part in a Caribbean adventure, you automatically imagine that exciting episodes involving treasures, pirates, and a crossbow await. However, like everything in life, there is the reverse (a word meaning here something opposite to any sort of good prospect you might have) of a fortune telling; nothing more and nothing less than a terrible misfortune.

It was in 1999 that the misfortunes of brothers Violet, Klaus and Sunny Baudelaire began when a fire destroyed the mansion they lived in and killed their beloved parents. Helpless, they were in command of a banker, Mr. Poe (whose compulsive cough implied an alert of concern for his health), who in turn had to find a new guardian for the children. In the first book of the series, The Bad Beginning, the three meet Count Olaf, a suspected distant relative.

It doesn’t take long to realize that Olaf, in fact, is a treacherous villain whose obsession with Baudelaire’s fortune rivals his intensity with his terrible ability to act. This was the first indication that from that moment on, the three brothers will never again have a moment of truly lasting peace in their lives; no matter how far away or in whose care they were, Count Olaf would always find them. 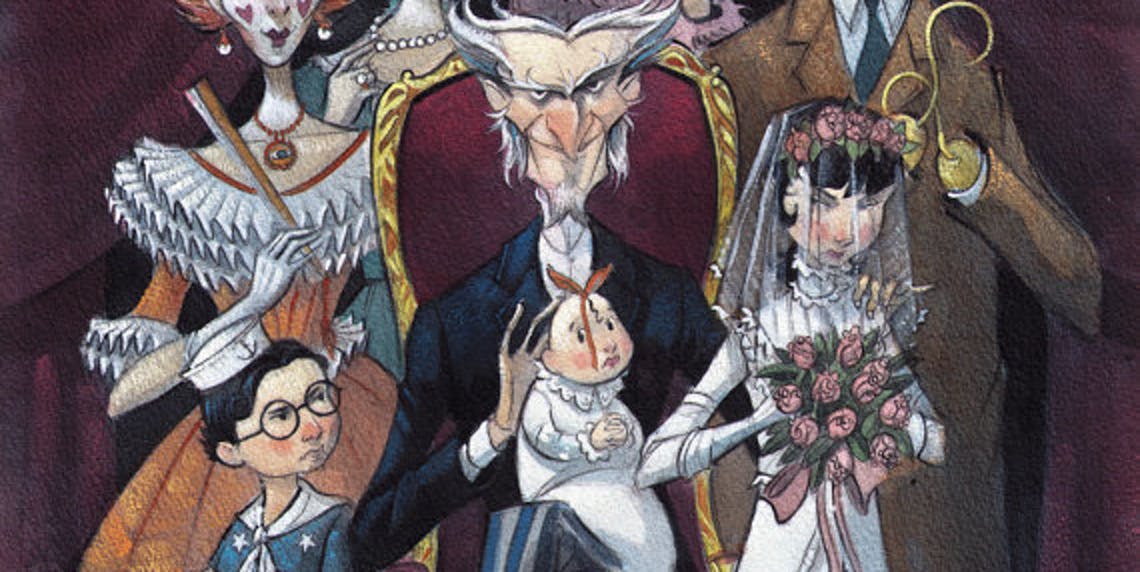 A destructive fire was only the beginning of tragedies

In this way, the Baudelaires meet adults and children of the most diverse moral tendencies during their journey; some good and some bad, some useful and the vast majority completely incompetent to protect them. Along with all of this, there is always the shadow of the mysterious secret organization CSC that seems to be everywhere they go and envelopes their parents’ past.

Although this is a saga made up of thirteen books, some elements remain the same throughout the story. Among them, the morbid tone of events and the breaking of the constant fourth wall made by fictional author Lemony Snicket (a poor guy whose life was marked by ashes and letters detailing why the love of his life married it. another).

In a 2017 interview with Dave Davies at NPR, the real author, Daniel Handler, was asked why he chose such a tragic narrative for books aimed at children and teens. “Well, it gets worse as the books go on. It seems more interesting to me. When I’m faced with a blank page and want to think about something going on, it tends to be something terrible, which I suspect has a long literary tradition … but most books, it seems to me, have the threat of something cowardly about to happen. So that seems quite interesting to me ”. 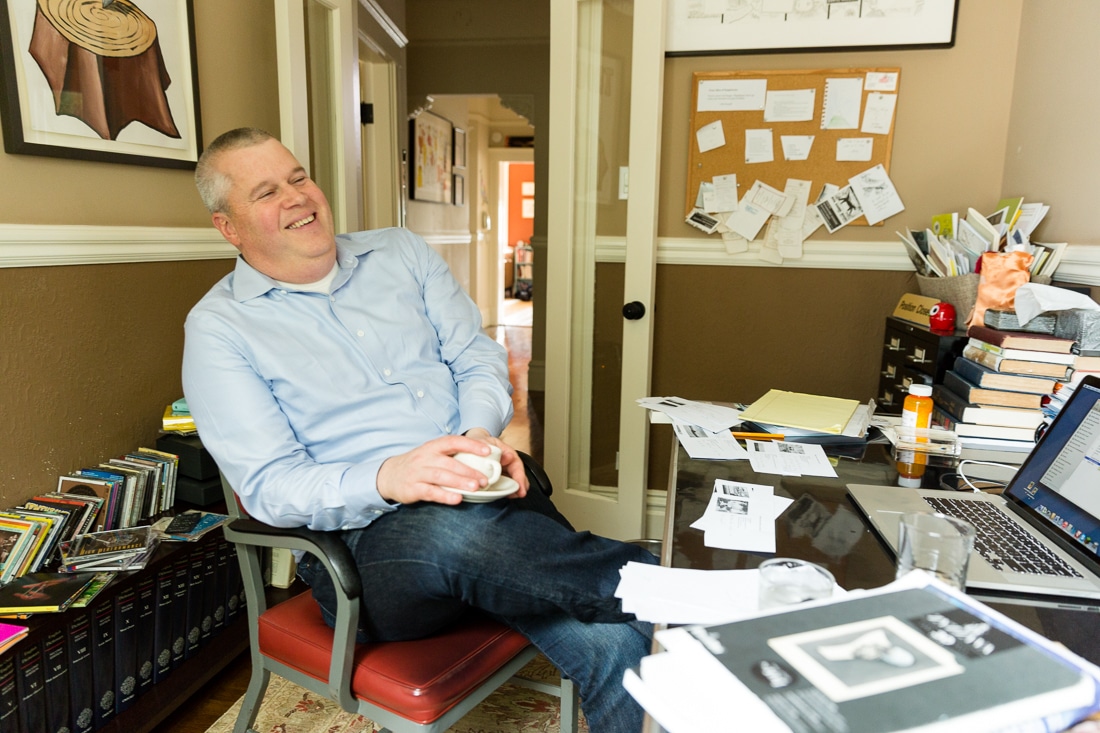 Author Daniel Handler (or is he just a rep for Mr. Snicket?)

The idea of ​​creating the tragic story of the Baudelaires was born from a relocation. At the time, Handler had completed an adult-oriented novel called Basic Eight and was faced with a huge challenge: finding a publisher willing to publish it. This led him to meet a representative from Harper Collins Publishers (a publisher focused on children’s readers); the response has been overwhelming that this place is unable to publish this type of story. However, it was suggested that she write something for children.

In his words to Tasha Robinson in a 2005 interview with the AV Club, he said: “I told her I had an idea for a gothic novel, which was falling apart as I was writing it.” , but instead, it could be a story of children growing up. in the midst of all these terrible things. I expected her to hate the idea, but she liked it, which embarrassed me even more, because I thought it was light.

With illustrations by Brett Helquist, O Mau Begço was launched in September 1999 and was immediately a resounding success, a word which means here that a considerable number of readers appreciated the beginning of the tragic woes of the Baudelaires. The book was published for 197 weeks on USA Today’s Top 150 Books (released only March 2001). 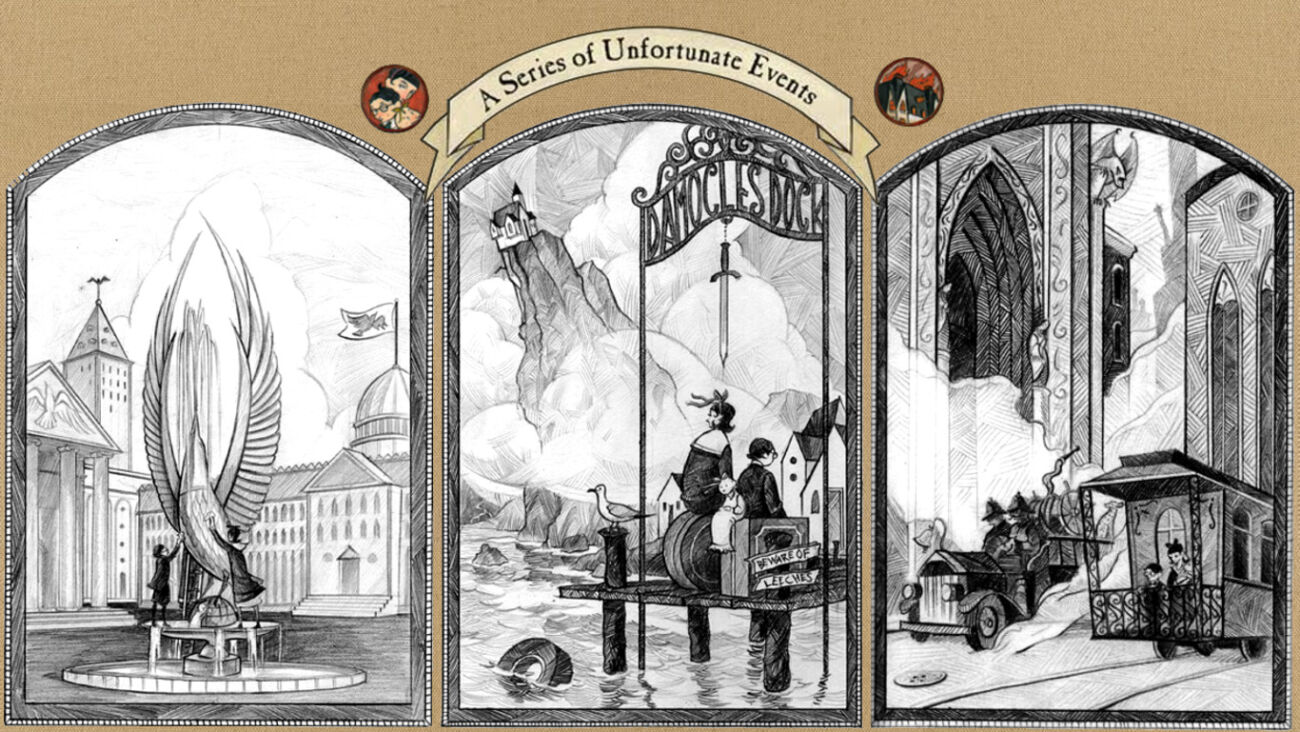 Brett Helquist’s illustrations perfectly captured the desperation of the books

Between 1999 and 2004, Handler produced most of the saga and had 11 titles so far. With as much material and commercial success for the style of the story which differed from the sovereign success of Harry Potter, Paramount and Nickelondeon became interested, around 2002, in producing an adaptation of the first three books (Bad Beginning, The Reptile Room and Leech Lake). Initially, the author himself would be in charge of the script, while the choice of the director was more difficult.

Names like Roman Polanski and Terry Gilliam were brought up, but the choice went to Barry Sonnenfeld both for working with producers on the Addams Family films in the 1990s and for having already declared his love for the series. ; the same year, Jim Carrey was confirmed as interpreter for Count Olaf. However, the project suffered delays due to budgetary problems.

Such instability drove Handler away from production and Sonnenfeld’s withdrawal. In 2003, Brad Silberling took over the management and hired a new screenwriter to remake the one left by Handler. Released in 2004, the film had a budget of US $ 140 million and raised US $ 211 million worldwide. The production was also present at the 2005 Oscar competing in the categories of Best Makeup (won), Best Artistic Direction, Best Costume and Best Soundtrack. 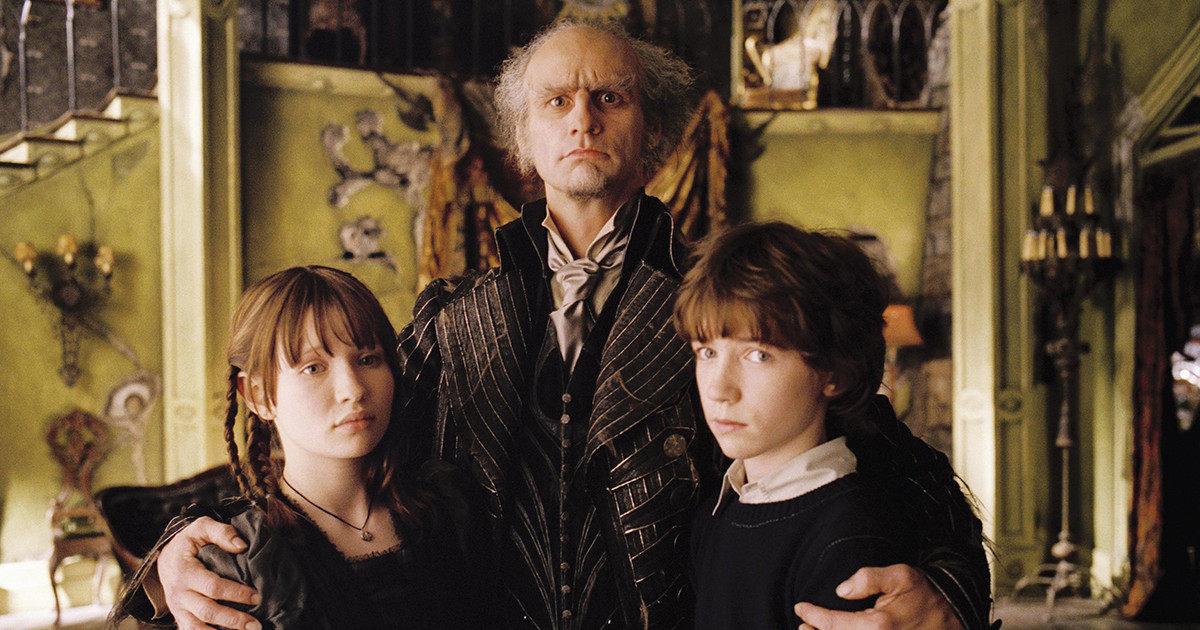 Critics pointed out that the film over-condensed the contents of three books in just over an hour, but pointed to both Carrey’s work and the dark, fantastical atmosphere present in Silberling’s vision. A franchise was even designed by Paramount, so that it could compete with Harry Potter, but the weak box office performance added to the aging of the trio of protagonists, who could no longer pass for children, buried any possibility of a sequel.

Around 2006, the thirteenth and final chapter titled The End was published; this one that would give a sequence to the final impact seen in The Penultimate Danger. The three orphans find there a long-dreamed of shelter from Olaf’s evil on an island, where its inhabitants attempt to capture him during an unexpected event of justice in this world. What follows is a plot where the villain is no longer a threatening and manipulative figure from the past, but someone who is at the mercy of the Baudelaires, which doesn’t mean much as it doesn’t take long before. that tragedy strikes the island.

The series also won a spin-off (spinoff) in 2002 called Lemony Snicket: An Unauthorized Autobiography. The book was developed in the form of an edited file, that is, it indicates at different times that it contains crucial information that explains the greatest mysteries of the books, but this knowledge has been censored or modified. In 2006, The Beatrice Letters was published, it is a collection of letters sent by the young Béatrice Baudelaire to her uncle Lemony after the events of The End and also of letters written by Lemony himself to her well- loved Beatrice (not the same thing mentioned earlier). 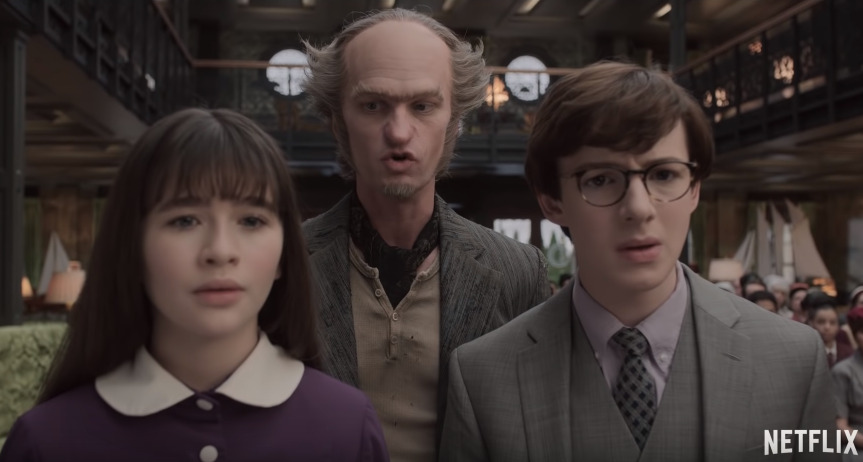 In 2012, a new series arrived, this time focusing on the childhood of Lemony Snicket when he was still a recruit of the CSC organization under the tutelage of Theodora Markson. Only Wrong Questions sheds an unexpected light on the mystery surrounding Snicket by showing more of his personality and other essential characters from the main plot who never appeared as Beatrice and Bertrand Baudelaire.

With the book series shutting down, in 2017 Netflix hired Handler and Sonnenfeld to remake the duo that almost hit theaters in 2002. The service saw the franchise as a possible valuable new brand for its catalog. The series had three seasons that lasted until 2019, where all of the books were adapted into two episodes each. Neil Patrick Harris replaced Jim Carrey as the main villain, but owed nothing to the comedic legacy the actor left for the role. Currently, it is speculated to produce an adaptation for Only Wrong Questions.

The Unfortunate Events series showed how catastrophic the life of Baudelaire’s orphans is, how huge a villain’s ambition is, how indifferent the world is to the suffering of three children and many skeletons kept in the family closet. $ 60 million was raised from the total sale of books and translations so that such tragedies could be read in over forty languages. However, the books also convey an unexpected positive message about how kindhearted people should not remain indifferent to evil and that all volunteers are called upon to fight fires.

Here the world is serene