‘Sky Rojo’, the new series from Álex Pina and Esther Martínez Lobato – creators of the hit ‘La Casa de Papel’ – is now available on Netflix. The production debuted this Friday (19), on the schedule.

In the plot, to escape a pimp and his acolytes, three women embark on a breathtaking journey in search of freedom. 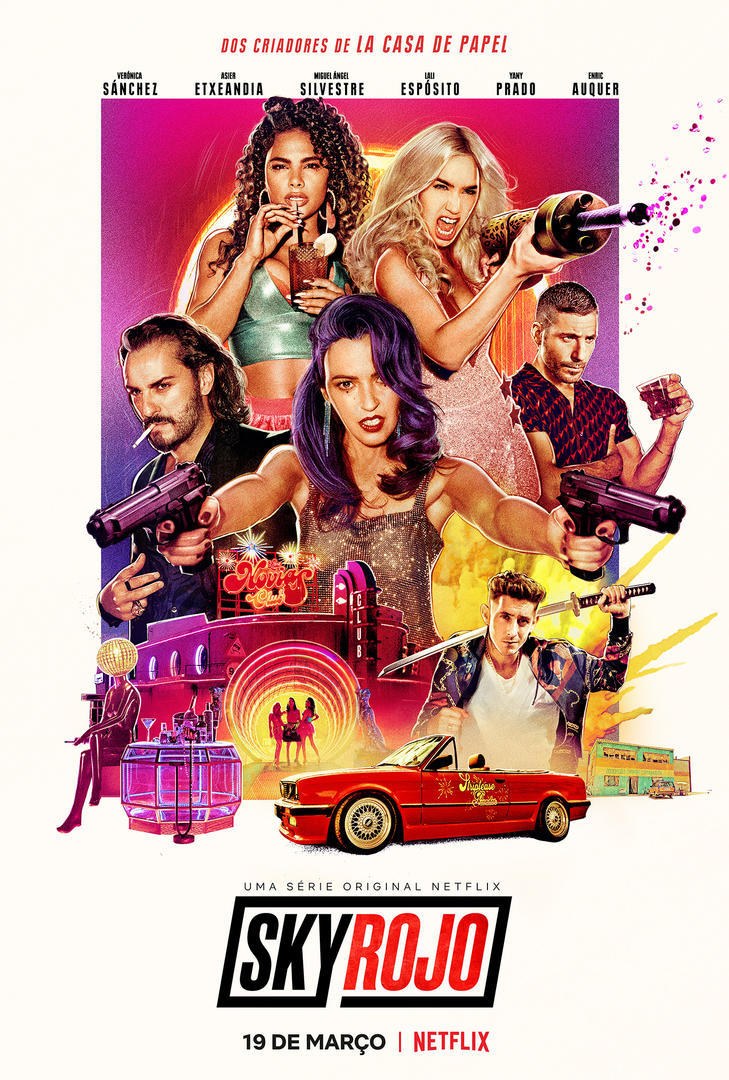 “This is my club. Here we spend the nights on a red leather sofa trying to be handsome enough for despicable guys to want to make love to us ”.

Thus Coral (Verónica Sánchez) describes Club Las Novias, a brothel from which she runs away with Wendy (Lali Espposto) and Gina (Yany Prado). Together, they set off in search of freedom while being chased by Moisés (Miguel Ángel Silvestre) and Christian (Enric Auquer), Romeo’s henchmen (Asier Etxeandia), the pimp and the owner of the nightclub.

The three girls embark on a desperate race in which they face all kinds of dangers, in order to stay alive and gain freedom. Anything is possible when the future is about to survive for the next 5 minutes. And there’s only one way that reality doesn’t end them: with determination, insight and a sense of humor. It’s life or death!

With sour humor, heavy doses of action and pure adrenaline, Sky Rojo, the new Netflix original series which opens in the world on March 19, has its trailer unveiled today. Sky Rojo has two confirmed seasons, the first of which has eight 25-minute episodes, and an absolutely innovative format for a drama series, in which there are several genres, and has dubbed the “ Latin pulp ”.