Actor John Boyega has been asked by a fan about a possible return of the ‘Star Wars’ franchise, but the star has ruled out the possibility, claiming to have “moved on.” 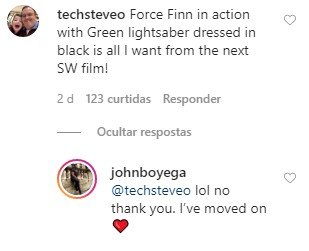 Last year, in an interview with the comics, the actor had already declared that he had no interest in returning to the franchise: “I’m ready for a life beyond ‘Star Wars’. It’s a little sad because of the connections I made behind the scenes, amazing and important people in my life, especially Oscar [Isaac] and Daisy [Ridley]. Now I am ready to see our friendship grow in the real world.

After going through the current “ Star Wars ” trilogy, Boyega made several reviews of Disney due to his character’s lack of visibility throughout the films, as he was promised more visibility.

And it looks like the star still holds grudges from the studio!

During an interview with Cinema Blend, Boyega argued that successful franchises are synonymous with “ luxury prisons ” for any actor who wishes to perform other duties.

“Being in a big blockbuster movie franchise is like being in a luxury prison for any actor who wants to act on other projects. You have a contract, if you don’t like what you’re doing, you have to stay there anyway.

“When you do the same things for many years, you kind of break your versatility, you just stay on autopilot, get it?”

Recently, the star appeared on ‘Small Ax’, the anthology film series from director Steve McQueen (’12 Years of Slavery ‘), and said he was relieved to be working in a production that isn’t just aimed at the box office. .

Sadly, “Star Wars: The Rise Skywalker” had the worst approval rating in the entire franchise, registering just 52% on Rotten Tomatoes. Just behind are “The Phantom Menace” (53%) and “The Attack of the Clones” (65%).

Carrie Fisher also appears as General Leia Organa through the use of previously unseen footage from “The Force Awakens”. 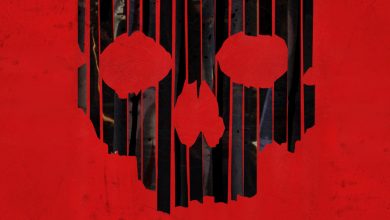 What you should know about “A Quiet Place 2”

“Spider-Man in Spiderverse 2”: the voice actor of Peter B. Parker confirms the return of the hero in sequence

‘The Fast and the Furious’: meet the actors who laughed at the movies and refused to star in the franchise

“Shazam! 2: Fury of the Gods’: behind-the-scenes image reveals the return of [SPOILER!]