“Stranger Things” Season 4 Volume 2 has arrived on Netflix and has won over fans around the world for its combination of action, drama, romance, and horror.

Now, via Twitter, the show’s writers have revealed which moments from the final episodes of the latest cycle were improvised.

This kiss was unscripted, Winona and David added it on the day of filming pic.twitter.com/9vSWwYliWU

The kiss between Joyce (Winona Ryder) and Hopper (David Harbour) in the Soviet Union’s maximum security prison was not in the script. In fact, it was added on the day of filming and went into the final cut.

“I love you, man” was improvised by Joe pic.twitter.com/z5gYyl18KF

Joseph Quinn enchanted us with his portrayal of Eddie Munson and unfortunately met a tragic end after being attacked by the creatures of the Upside Down. Before he dies, Eddie turns to Dustinn (Gaten Matarazzo) and says, “I love you, man.” The line was improvised by Quinn.

After being baited for the attention of Vecna ​​(Jamie Campbell Bower), Max (Sadie Sink) died moments before being revived by Eleven (Millie Bobby Brown). However, the brief shock was enough to prompt Lucas (Caleb McLaughlin) to deliver one of the best performances of the season – and to shout “Erica, help me!” in the force of the moment.

The series was created by Matt Duffer and Ross Duffer, who previously revealed that they plan to end production in the fifth season.

In a small town, a group of children stumble upon a secret government experiment, which opens the portal to another dimension, called “the upside down”. The boys then begin their own investigations, which lead them to an extraordinary mystery involving supernatural forces and a very, very strange little girl. 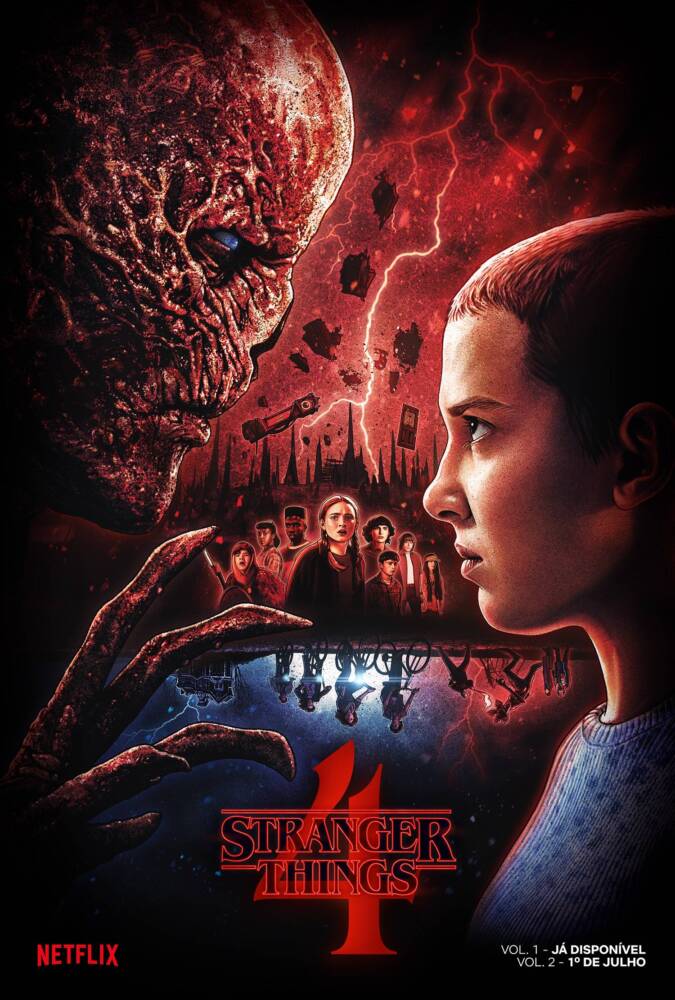 It is known that the new season of the Netflix series “Stranger Things” is one episode less than the 3rd season, but fans need not worry because in terms of duration, it is much longer. than the third year. . .

In an interview with IGN, series co-creator Ross Duffer said Season 4 would be “almost the size” of the previous one. For his part, director Shawn Levy has confirmed that several episodes of season 4 will be longer than some of his films.

“I released two movies around the time we were doing Season 4. We have several episodes longer than ‘Free Guy’ and ‘The Adam Project,'” Levy said.

Incidentally, the films cited by the showrunner are respectively 1:55 and 1:46. One of those episodes will be the last of the season, which will be over two hours long, according to The Wrap.

Regarding the length of the season, Ross Duffer explained that it gives the characters the opportunity to develop and have more screen time: “We talked about this very revealing season because there are a lot of things that we want to tell the public and reveal. in terms of the Upside Down and what’s really going on here in Hawkins.”

Recall that, according to the Wall Street Journal, the company spent $30 million per episode on the 4th season of ‘Stranger Things’, making it the most expensive television series production in history. I mean, it wasn’t cheap!