The pandemic has made 2020 an extremely difficult year, whether due to loss of life or the restrictions and changes it imposed on everyone. Projecting this year’s impacts is a difficult exercise, especially when you remember that at the start of the pandemic, many were saying that people would become more united. Well, we didn’t even have to finish the first semester to see how hard it is for people to change.

In the cultural field, the virus has killed collective cultural activities and everyone has sought to reinvent themselves – online theater is the most explicit example. And in the seventh art? What has changed and, above all, what will change in the years to come? There I want to practice dangerous futurology!

I am with those who believe that the forced closure of movie theaters precipitated phenomena that would occur over the next few years. 2020 has been (as 2021 will continue to be) an excellent laboratory for the film industry to test how viable Internet movie distribution is, whether through subscription services, such as NETFLIX, or online rentals, the well-known VOD – video on demand. 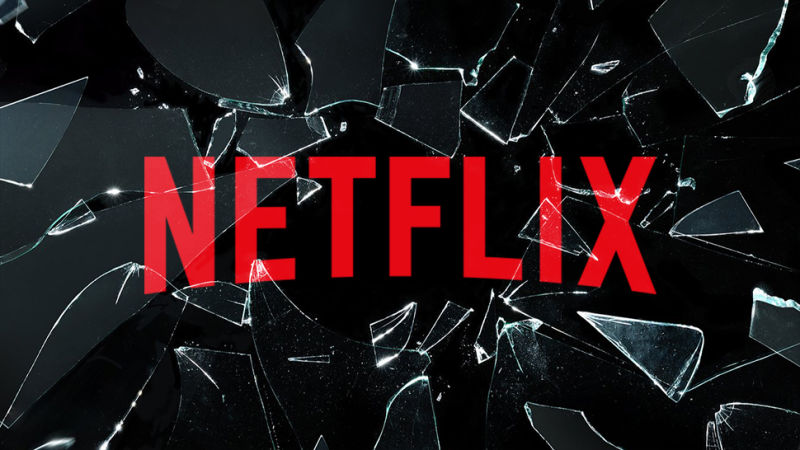 At the start of the pandemic, the first reaction was to postpone the launches. When the studios became aware of the problem, testing began.

Universal’s Trolls 2 and Scooby! Warner’s Film was the first major studio film to be released direct to streaming. A key moment was the change in the rules for the 2021 Oscar. The Academy of Cinema Arts and Sciences allowed films released only in streaming to compete for the 2021 Oscar. This change had a particular impact on independent producers, who have started distributing their films online or for hire. , or by selling the rights to include your titles in the main feed catalogs. From there, we saw a growth in the launch of films via the Internet. The other two key moves were made by Disney and Warner.

Disney has kept the launch schedule for its broadcast. By the end of the year, Disney + had reached 90 million subscribers. In addition to this show of force, the house of Mickey Mouse put the live action Mulan on Disney + in “Premier Access” mode: in addition to the subscription, you had to pay an additional $ 29.99 to watch the film. Despite the controversies, the company announced that it will repeat the movement with Raya and the Last Dragon. At the end of last year, Pixar’s new masterpiece Soul hit theaters and went straight to the Disney + catalog. 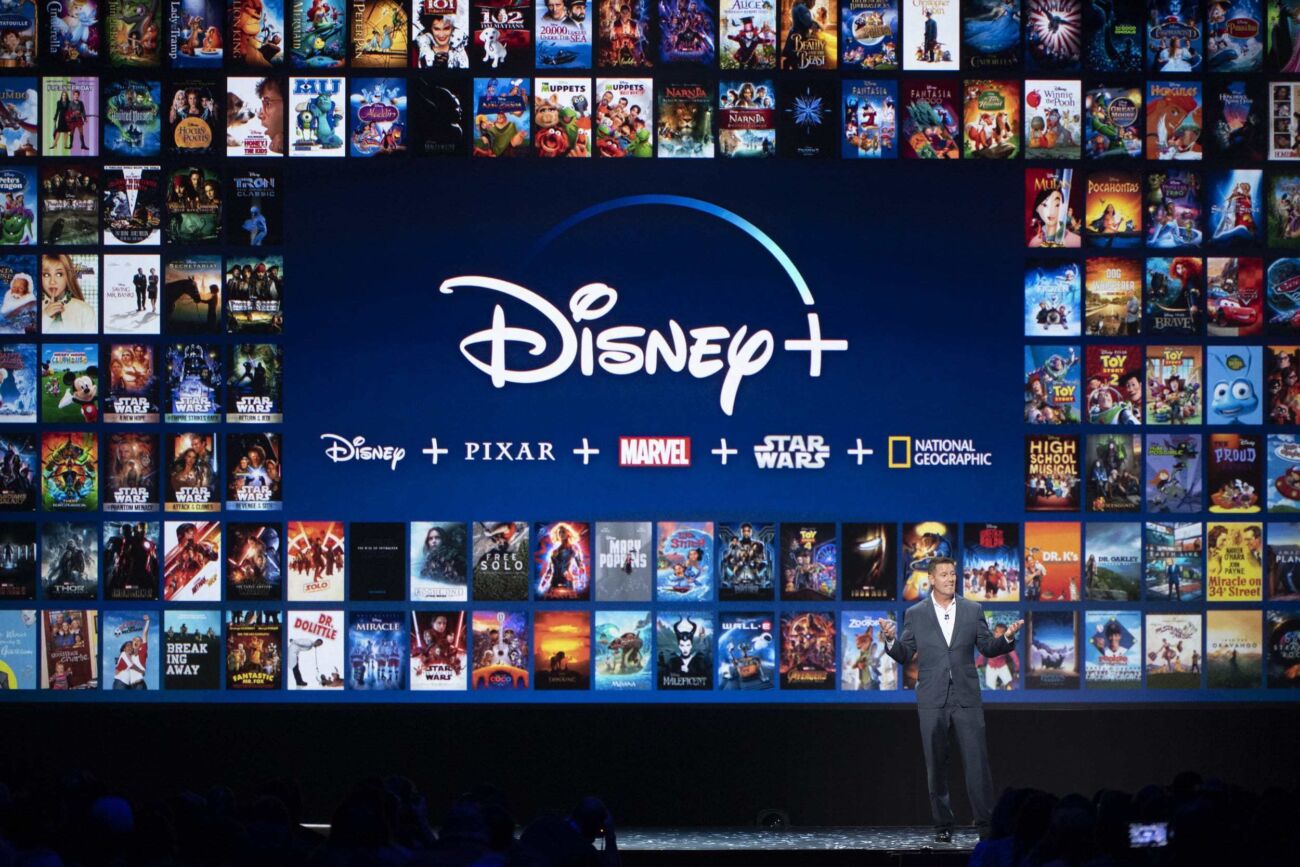 Even with such moves, Disney has confirmed major theatrical releases in 2021, respecting the window and the exhibit. Warner has already pledged to release all of its movies in 2021 simultaneously in theaters and in its HBO Max streaming. The movies will be in service for 1 month at no additional cost. This decision sparked outrage from exhibitors and directors, such as Christopher Nolan and Denis Villeneuve.

Warner’s move was more aggressive because it ignored the viewing window – a period in which a movie is exclusive to a certain medium; the first window is the one dedicated to cinemas. By allowing your films to be available simultaneously in streaming and in theaters, their future is in doubt.

I think showrooms are unlikely to cease to exist, at least in the medium term. The years 2020 and 2021 will force the reinvention of the role of exhibitors. And increased competition will also force a review of the streaming service business model. 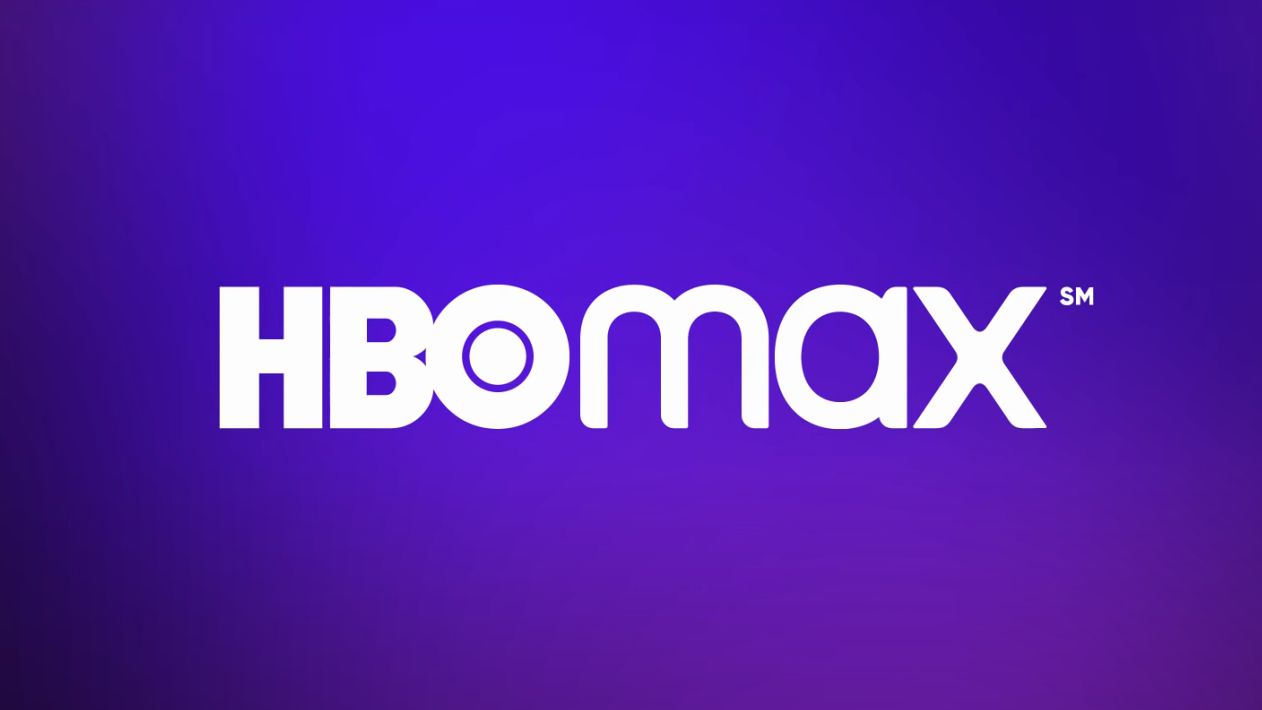 In the post-pandemic, when overcrowding is no longer dangerous, exhibition halls will once again have an audience. Those who survive the crisis will again see an audience as large as before the pandemic. However, we will soon notice differences.

The trend will be for the display window to be flexible, especially if institutions like Oscar maintain the streaming rule: the display window will become a one-off rule, celebrated between movie channels and producers when practical. I bet the viewing window will only stay for big movies, as a way for studios to win the box office. Small productions and independent cinema (films from the so-called alternative circuit) are likely to enter theaters and on the Internet simultaneously – or only on the latter.

The exhibition hall must continue to exist for two extremes: for blockbusters, where the size of the images is enhanced on the big screen, and for “art films”, already on the alternative circuit and consumed by an audience that sees cinema as artistic expression and not just entertainment. 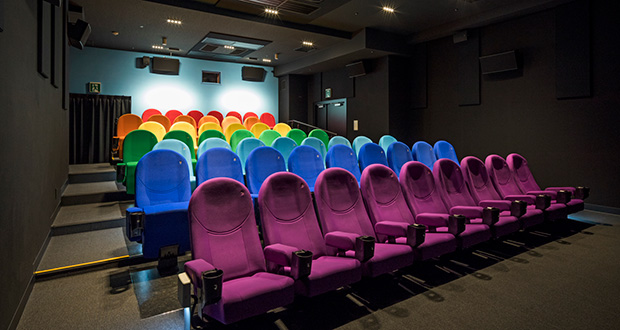 Producers focused on the so-called alternative or independent circuit will certainly make simultaneous launches in theaters and streaming services or direct launches on demand. The simultaneous release of these films only brings benefits: for the public, who will have access to these productions sooner, and for the producers and directors who will be able to take advantage of the launch hype and reach a wider audience, with a better yield. And anyone who thinks that shutting down the showcase in these cases is harming the work, just remember that sessions of The Irishman, by Martin Scorsese, had their tickets sold out, even with the movie available on NETFLIX.

The type of film that suffers the greatest identity crisis will be the one that does not claim to be a great cinema, nor that does not have a blockbuster. These are mid-sized films, which may even be great masterpieces, but they are not seen as such, either by being a first-time director or because it is a less pretentious work. I’m talking about good and bad movies. They will lose what little space they still had in the showrooms. Your destination is streaming. Romantic comedies are already following this path: today, this genre has practically disappeared from theaters, but they reign supreme in streaming. 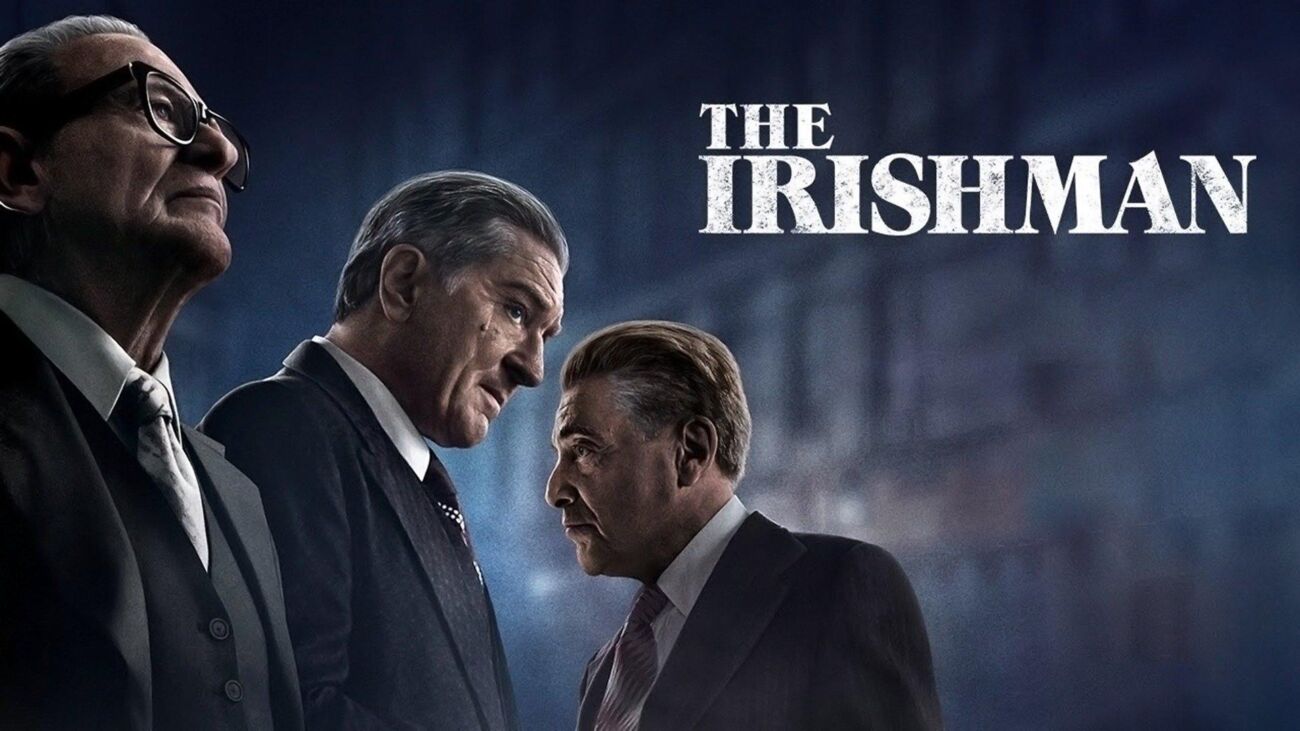 As for blockbusters, their fate is tied to the future of streaming services, which are expected to undergo profound changes in the years to come. The growth in the supply of services, so far, is still absorbed by the public. But there will come a time when not everyone will have the time or money to subscribe to so many services. Today we see a multitude of business models. In the future, some will settle.

With the exponential growth of these services, a hybrid model in which the viewer chooses to subscribe to the package or rent a movie or series should be more common than a simple subscription. The sale of advertising space should also develop. Although it is taboo today, advertising revenue will be inevitable even to make productions viable.

Right now, we’re living in the golden age of streaming, with services investing millions into production. But there will come a time when the subscription alone won’t pay the costs. And even with the influx of advertising funds, the production rate should decrease (compared to the current one). These services should follow the current model of the big studios, investing in a few own productions and buying a bunch of films produced by independent producers who have invested in the project. 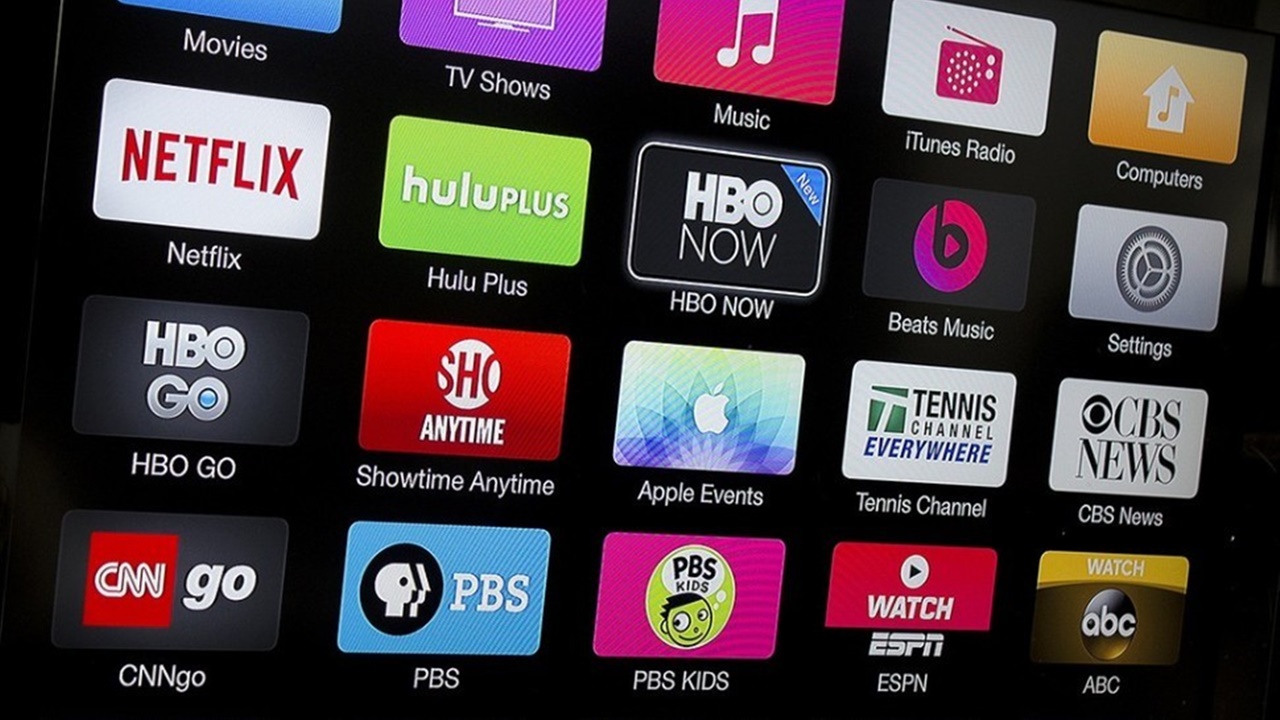 Blockbusters as we know them today will only be able to survive if the viewport still exists. These films are winning a lot in theaters. The big studios even tried during the pandemic to sell the premium rent, but they felt resistance. The point: Streaming services that only live on subscription and advertising will not be able to produce the number of blockbusters we see today – even if the premium subscription seems to escape advertising. Think about the amount of overproduction made exclusively for pay TV? The logic is the same: if it just depends on subscription and advertising, overproductions will become rarer. For this reason, a strategy like Warner’s is unlikely to continue. 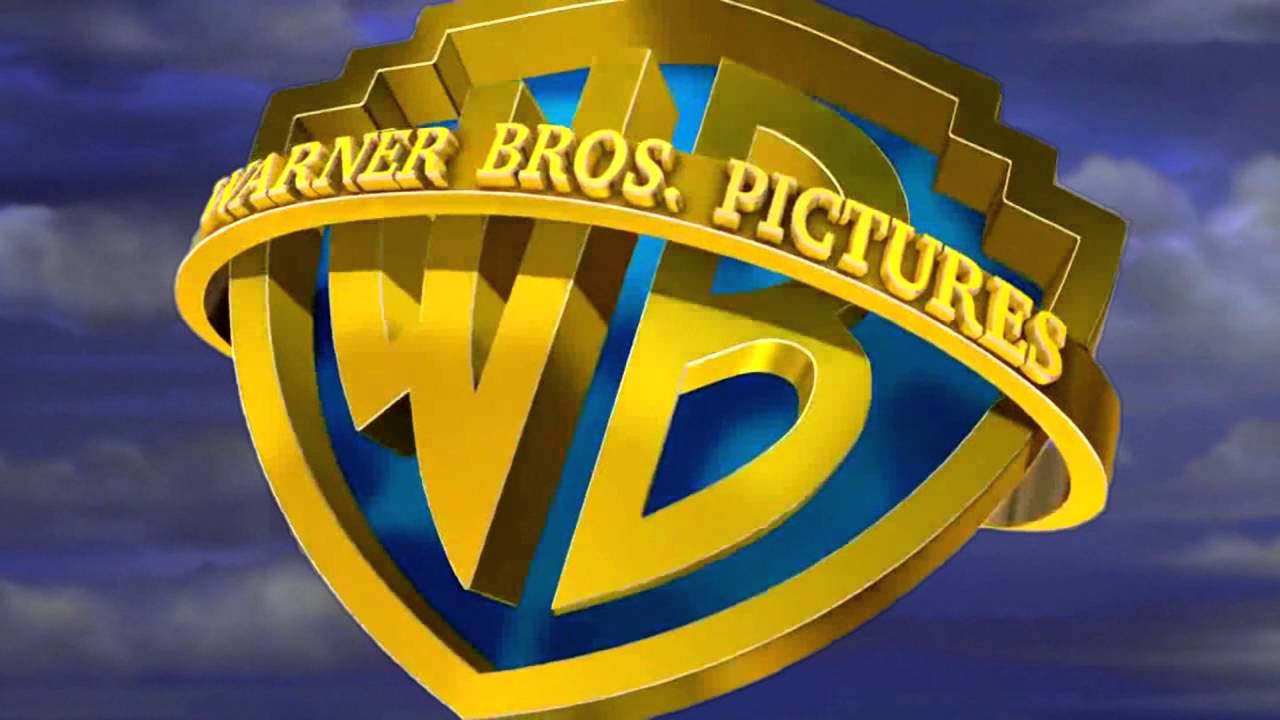 Mega productions will only continue in three ways: if the viewing window still exists, to get audiences to the movies, if they convince people to rent on-demand, or become a luxury item, that streaming services go. launch once and for all when – one need only do a survey of the budget for movies released by NETFLIX to understand the pattern.

The year 2021 will continue to be a test year for the industry. As I said at the beginning, things that would take years were rushed. Everything I have said here may be completely different, depending on the financial response. Even so, I bet the future of the film world will be loosening the viewing window, hybrid models of streaming and selling ad space, and unifying the production and distribution of content via the Internet.

It will be like going back to the Hollywood Golden Age studio system. In it, the studios owned the major show channels and sold film packages to independent channels. In 1947, 95% of the revenue of the six major studios came from the box office – merchandising had not yet been discovered. In 1948, the United States Supreme Court banned studios from owning broadcast networks and selling films. In other words, there is a precedent … don’t worry if in the future, after all the major studios roll out their streaming services, the Supreme Court orders the NETFLIXs of tomorrow to separate. production and distribution of content.