Bloody Disgusting has released the first behind-the-scenes image of “The Lair,” the new film from director Neil Marshall (“Abyss of Fear”), which will feature cannibalistic alien hybrids. 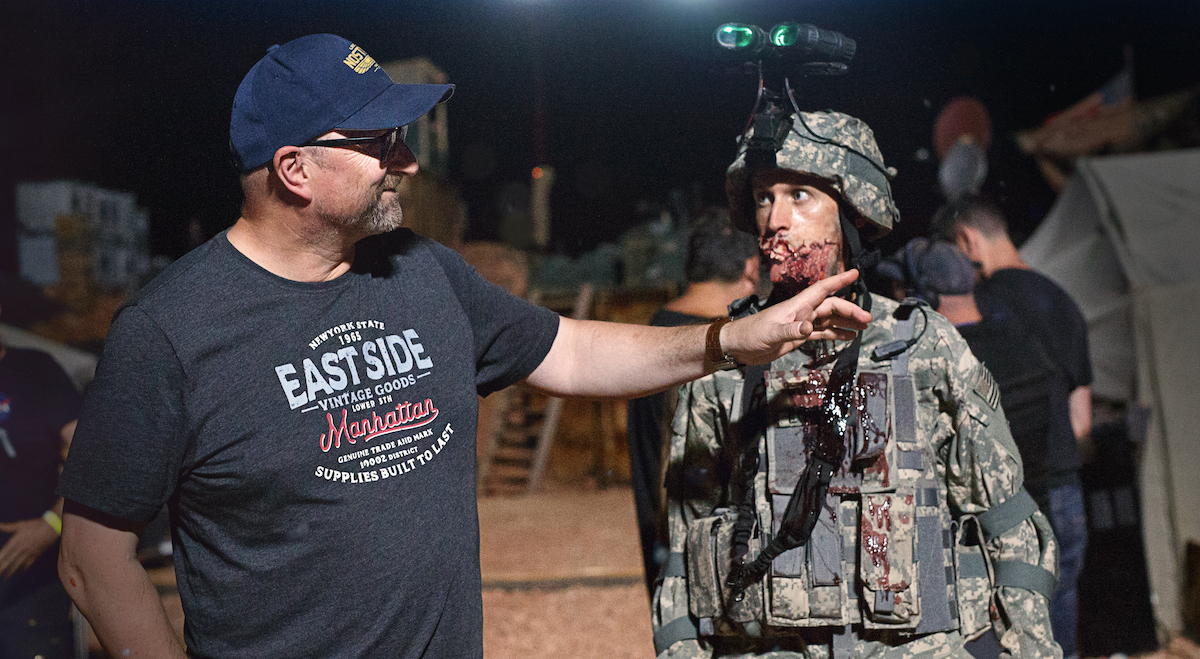 “This movie really captures the style and intensity of my early films, not to mention the violence and the bloody scenes,” Marshall said. “I think horror and action fans will have a lot of fun.”

“Sergeant Tom Hook is tasked with leading a team to find Lieutenant Kate Sinclair, a Royal Air Force fighter pilot shot down in Afghanistan. Sinclair, pursued by the insurgents, finds refuge in a long-abandoned secret shelter and unwittingly unleashes a deadly biological weapon – half human, half alien, and hungry for human flesh. Hook and his team, along with a handful of British soldiers, must rescue Sinclair from insurgents and, more importantly, cannibalistic hybrids before they invade the region and potentially the world.

The release of Terror is not yet scheduled.