After the premiere of the most recent episode of the second season of “The Mandalorian,” Disney + released art concepts highlighting the best moments of the plot.

In the episode, Ahsoka Tano (Rosario Dawson) was finally introduced to the saga in its live action version.

Additionally, the story and identity of little Baby Yoda, real name Grogu, has been revealed. 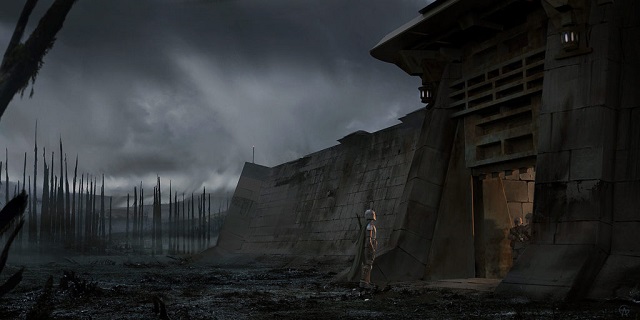 In addition to Dawson’s surprising appearance as Ahsoka Tano, the new episode of “The Mandalorian” revealed the identity and a bit of history of Baby Yoda.

As fans already know, Din Djarin (Pedro Pascal) has been warned that he should put the little alien in the care of a Jedi Knight so he can learn to control the Force.

After meeting Bo-Katan Kryze (Kate Sackhoff), the bounty hunter follows the clues given by her and finally finds Tano, who soon creates a connection with the baby through the Force.

When their minds connect, Tano understands everything the little one has been through, revealing that he had already received training at the Jedi Temple in Coruscant.

Before the rise of the Empire, someone hid the little one named Grogu, and this is how he managed to survive the attacks of the Clone Army during Order 66.

He also reveals to Djarin that there was another being of the same species as Grogu, a great Jedi master named Yoda … is that the creators are once again linking the series to the movies.

Unfortunately, she didn’t reveal where Grogu came from, and the rest of the information about him suffered some sort of psychic interference … which means that there is still a great mystery surrounding his race.

At the end of the plot, Tano refuses to train Grogu and suggests that the Mandalorian take him to the Temple on planet Thyton. There, Grogu will be able to choose between following or rejecting the designs of the Force … If he decides to follow his destiny, another Jedi can make contact when he feels his presence.

Now we can only follow the next episodes to find out where the series will take us and what the fate of the character will be.