The new episode of ‘The Mandalorian’ is now available on Disney + and has cast great doubt on Din Djarin’s (Pedro Pascal) belief in removing his Beskar helmet.

Anyone who follows the series knows that the Bounty Hunter never takes off his helmet because the Mandalorian Clan does not allow its members to be seen without the accessory that symbolizes their doctrine.

However, the episode “ The Believer ” questions whether the Mandalorians cannot remove their helmets from Beskar or whether they should prevent their identities from being revealed …

A very subtle reflection that can change the course of the series … Understand!

In the plot, Djarin asks Cara Dune (Gina Carano) to help him free a prisoner who was once the Empire’s top scorer so they can locate Moff Gideon (Giancarlo Esposito) and recover Grogu, kidnapped in the last episode.

The prisoner in question is none other than Mayfeld (Bill Burr), an opponent of Djarin captured by the New Republic the previous season.

Mayfeld explains to Mando that the only way not to be discovered while searching for Gideon is to disguise himself as horsemen to invade the Empire’s facilities.

For this reason, Mando is reluctant to give up the Beskar armor and put on a helmet other than that of his people …

This is where Mayfeld wonders:

“Does your Mandalorian belief mean that you should never take off your helmet or reveal your identity?”

Influenced by Mayfeld’s suggestion, Mando decides to take advice and they disguise themselves, but are attacked by hackers before they can start the plan.

Fortunately, they are rescued by the pilots of TIE Fighters and received at an Imperial base like brave warriors to face the pirates.

Despite infiltrating enemy territory, Mayfeld told Mando that they could only access the base corridors if they were saved in the installation files …

To make matters worse, he explains that he cannot be identified or could jeopardize the mission, as he was a defector from the Imperial infantry.

At this point, Mando begins to loosen his belief when he realizes that he could only be successful in the mission if he took off the helmet in front of Mayfeld and the other soldiers. 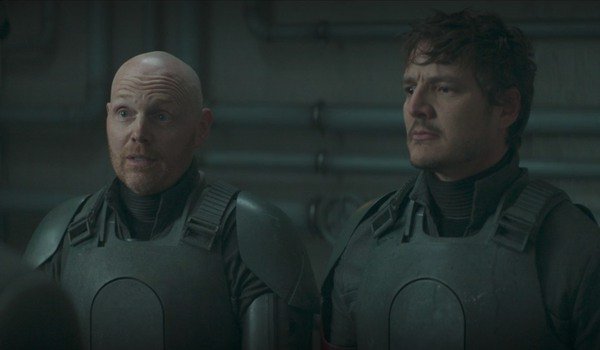 Unfortunately, the tension increases when it is discovered that Mayfeld left the Empire because he did not agree with the military dictatorship … When he fell out with his former commander, the shooter unleashed a crossfire that forced him to flee with Mando.

Before escaping, Mayfeld vows to never reveal that he saw the face of Din, who recovers his Beskar armor and shows that he is ready to give up his doctrine to save Grogu.

The episode ends with Din texting Moff Gideon, repeating the villain’s words at the end of the previous season:

“Him [Grogu] means more to me than you will ever know. 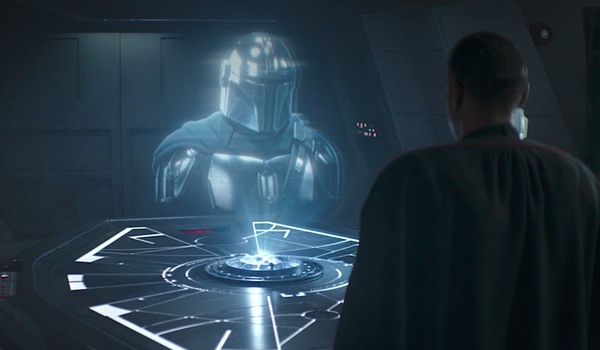 Recalling that the last episode of the 2nd season will be broadcast next week.