The post-credits scene from the final episode of Season 2 of ‘The Mandalorian’ surprised audiences with the return of Bib Fortuna, Jabba’s staunch servant, the Hutt.

In the scene, he is seen to take control of the criminal underworld on Tatooine after Jabba’s death in ‘Star Wars: Return of the Jedi’ (1983), but ends up being murdered by Boba Fett (Temuera Morrison), which takes its place.

However, the coolest thing about this scene is that the interpreter of Fortuna was Matthew Wood, the same actor who brought the character from “Star Wars: The Phantom Menace” (1999) to life. 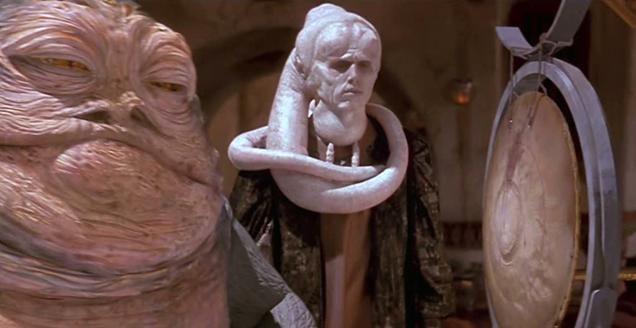 On his Twitter profile, Wood celebrated his return to the franchise by saying:

“It was literally an EXPLOSION to wear Bib Fortuna’s lekkus (those tentacles on his head) again in ‘The Mandalorian’. As Boba approached me, I hoped that all of the Kenner proof of purchase I had sent him in 1979 would have been helpful … ”he joked.

It was literally a blast to put the lekku back on as Bib Fortuna for #TheMandalorian As Boba walked over to me, I was hoping all the Kenner purchase proofs I sent for him in 1979 would be helpful. . pic.twitter.com/6SWFWT96G0

For those who don’t remember, Fortuna first appeared in “Return of the Jedi” and was played by Michael Carter.

Recalling that the post-credits scene of “The Mandalorian” marks the start of a spinoff series called “The Book of Boba Fett”.

Thanks to Twitter, the series’ official page posted the logo and new details of the upcoming production.

“The Book of Boba Fett”, a new original series, starring Temuera Morrison and Ming-Na Wen, produced by Jon Favreau, Dave Filoni and Robert Rodriguez, in the same timeline as “The Mandalorian”. The debut will take place at Disney + in 2021. “

Recalling that the 3rd season of ‘The Mandalorian’ is scheduled for December 2021.

In the meantime, it should be remembered that the first two seasons are already available on the platform.