Thinking of humanity’s need to reflect on current events, promoting critical, creative and independent thinking, November 18 is entitled International Philosophy Day, this deep reflection on the art of living together within the general and fundamentals about existence, knowledge, values, reason and thoughts. 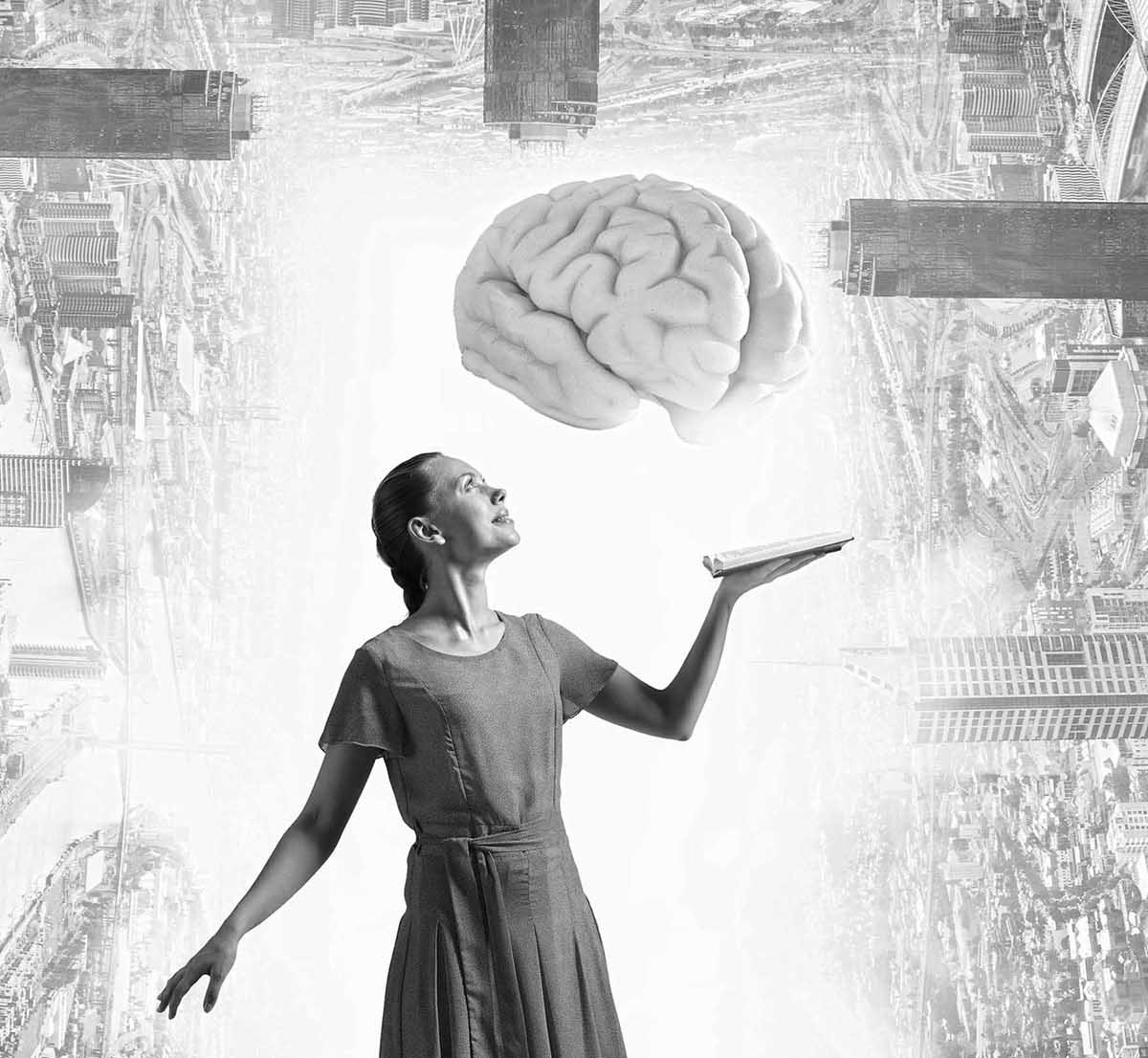 Some say that the real philosophy is to relearn how to see the world, and therefore, in this light, we can draw a parallel with the magical world of cinema where what we see on the big screen constantly makes us reflect with our reality.

With this in mind, we decided to create a list of some productions that kind of make us think about certain concepts of philosophy. 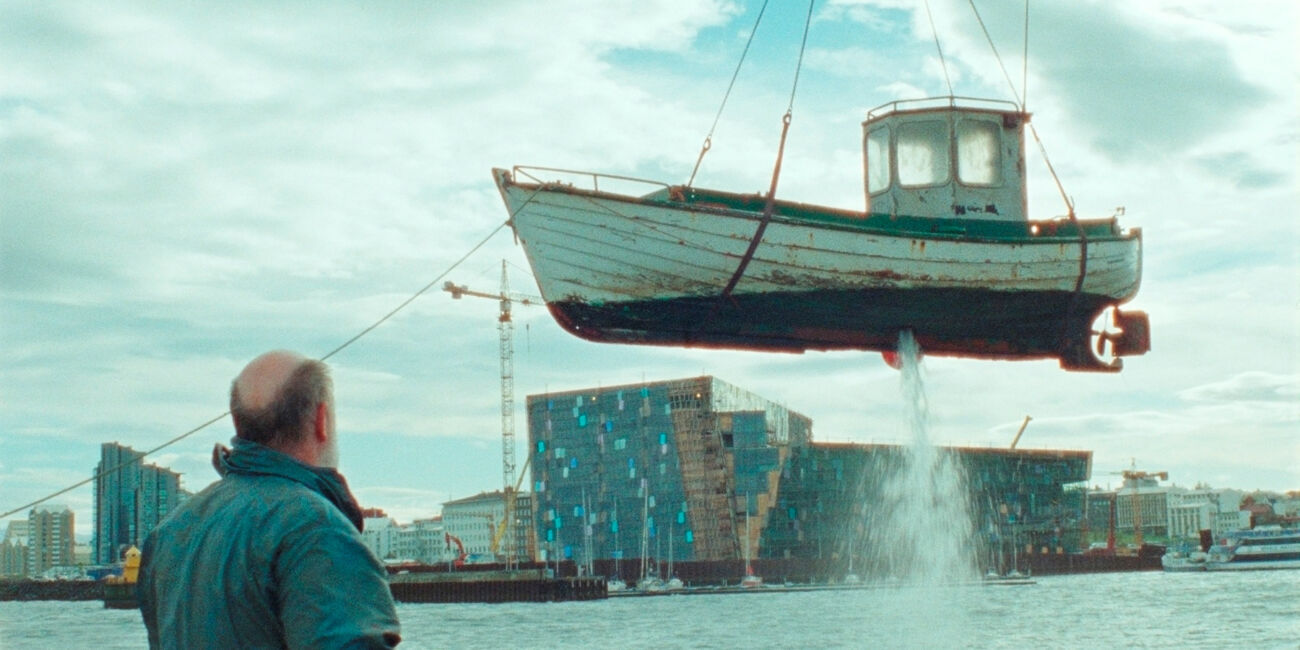 How to rebuild when you have just destroyed? Speaking of a man’s quest for happiness, the young Icelandic filmmaker Rúnar Rúnarsson – in his first feature film – turns a personal conflict into a work of art about reflection. Volcano is the kind of movie you’ve never heard of, but you’ll definitely want to debate it.

In the plot, we meet Hannes (Theodór Júlíusson), a cranky, smoker, of an advanced age, who lives his life in a sad way and without new big goals. He insists on being the most troublesome person in the places he goes, thus being seen by everyone as an unhappy person who doesn’t love anyone. One day, upon returning from a failed suicide attempt, a certain listening conversation awakens in him a sense of change. 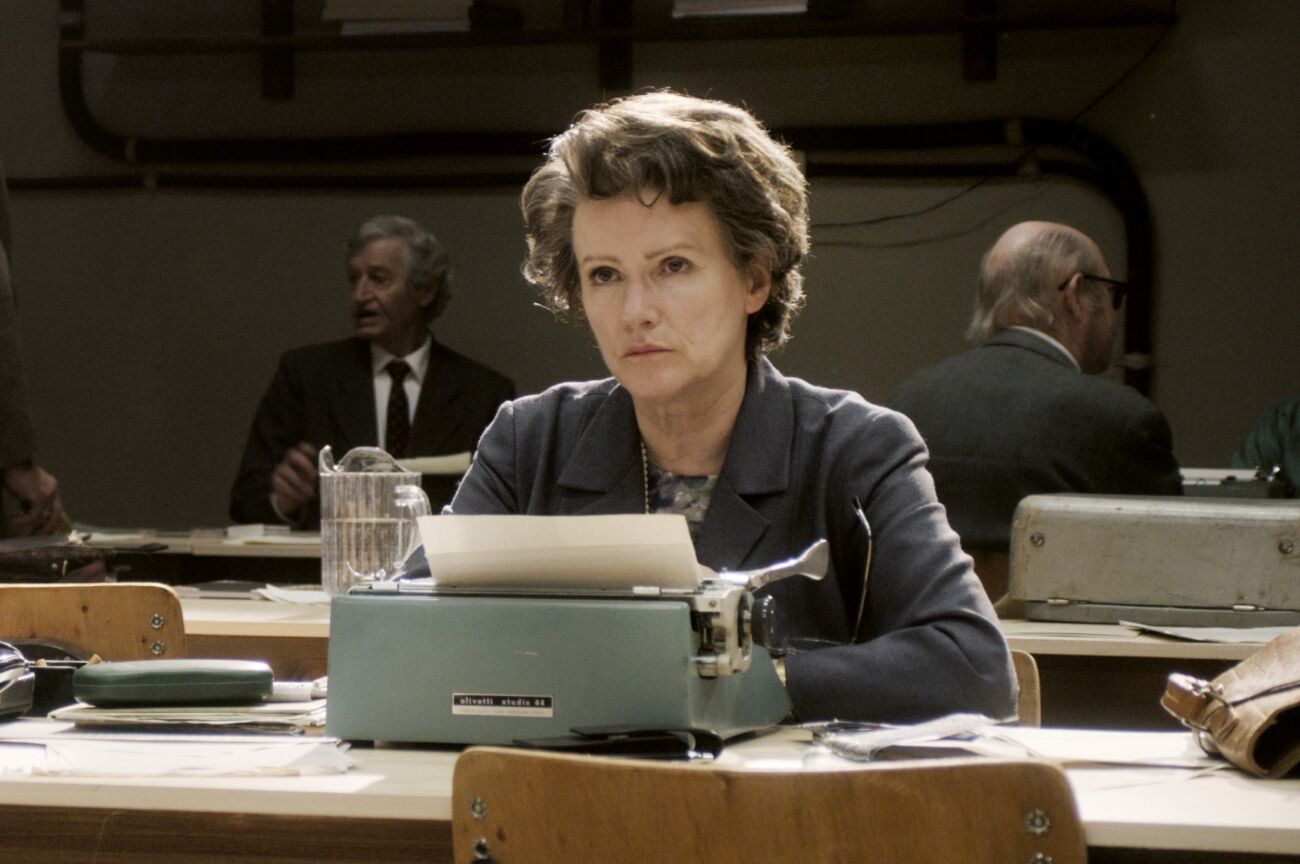 Directed by German filmmaker Margarethe von Trotta, Hannah Arendt is a drama about an important woman to the world of political philosophy who possessed a slightly unimportant air. The script is really interesting, helped by flashbacks and reflections, leaving nothing to be desired compared to other explanations for the layman of philosophy. Anyone who already knows Hannah Arendt will understand the explanations given in this film much better than anyone who has never heard of her.

In a time when original thinkers didn’t need a degree to teach, we met German Jewish-born political philosopher Hannah Arendt, who worked as a journalist and university professor in addition to publishing important works on political philosophy. Always surrounded by books and texts that have contributed to his work, we are introduced to friends (some of them famous thinkers) and to a whole personal problem caused by his thinking which resulted in the transformation of a judgment. into a philosophical question.

Alice and the mayor 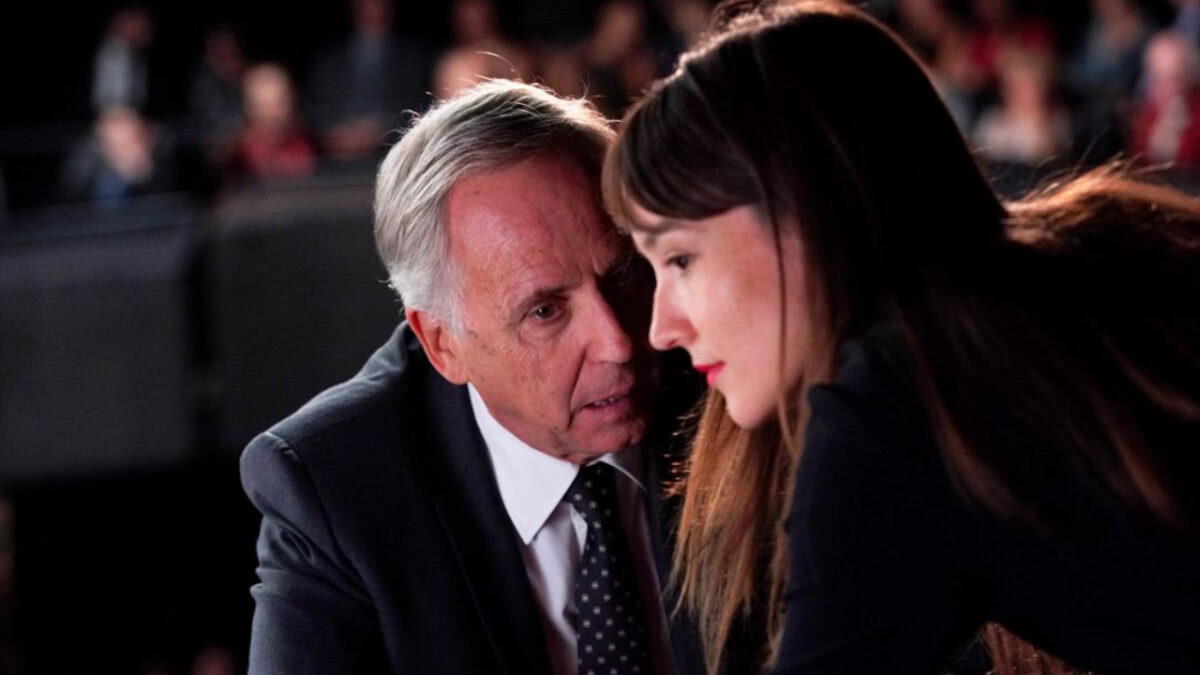 The musings of the lonely hiker. A tired politician who can no longer think. A young woman who returns to France after a few years and goes to work behind the scenes of politics when she has never had such an experience before. Written and directed by Parisian filmmaker Nicolas Pariser, Alice and the Mayor, it turns boring and tangled themes of politics into social chronicles with utopian parallels and an understanding of the practical reasons often stemming from great thoughts of this century and others. .

In the plot, we meet Alice (Anaïs Demoustier), a young literature graduate who finds a job in the city of Lyon. Recruited for a non-existent position and shortly after recruited for another, she ends up being one of the people closest to Mayor Paul Théraneau (Fabrice Luchini) by taking care of important agendas like his speeches in a short time. Thus, we are witnessing debates with didactic arguments on the left, the right, the progressives, the socialists, within the tumultuous and always demanding backstage of the town hall of this great French city. 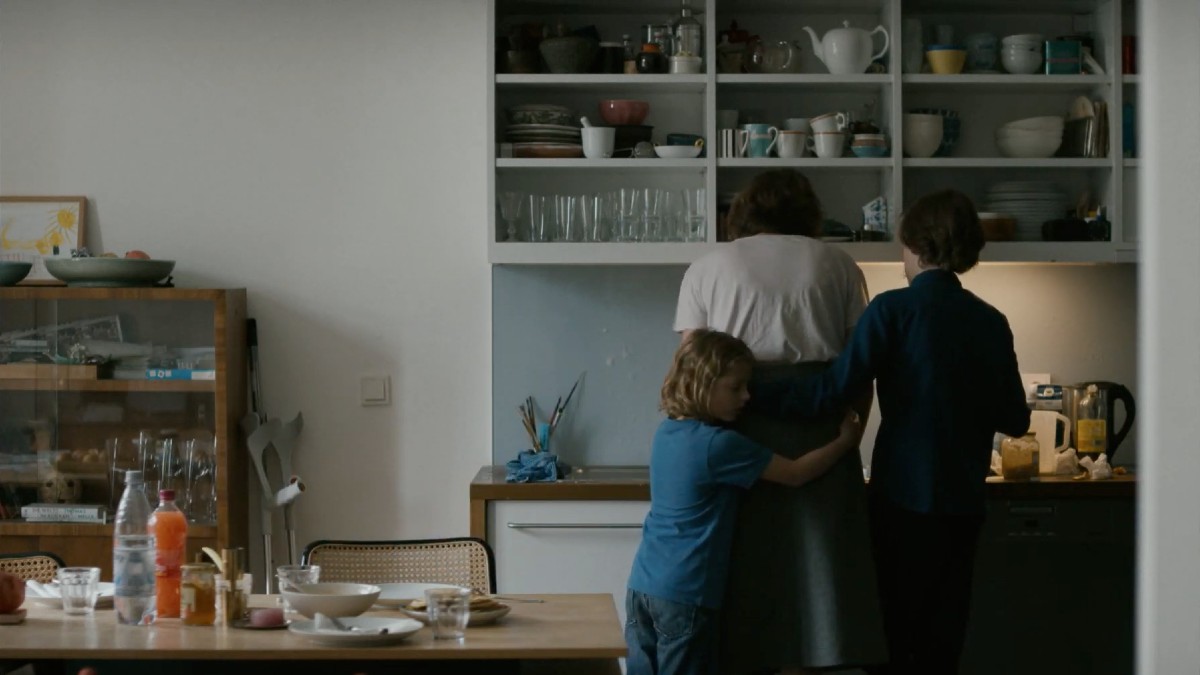 The search for your own personal truth. Winner of the Silver Bear for Best Director (Angela Schanelec) in Berlin in 2019, I Was Home, But… is a curious German feature film with almost static shots, very attentive to detail. But the question is, what would those details be? Some will think it is a film about nothing, others a simple chaotic attempt to debate the conflicts that can be seen in reality, in real life, related to family, parents and children. , in a European panorama. At a certain point, he has a certain lack of weight vis-à-vis the art, refuting the question: how shallow and empty the game can be in front of the eyes of those who cannot raise awareness. ?

It revolves around a woman named Astrid (Maren Eggert), mother of two, widowed for two years by a former theater director, plagued by personal problems and difficulties in interacting, whether at the home in the education of his children or in the street with third parties. Her oldest son disappears for a while and reappears all dirty, sparking a debate about what happened at school. The days go by and Astrid tries to understand life from different angles. 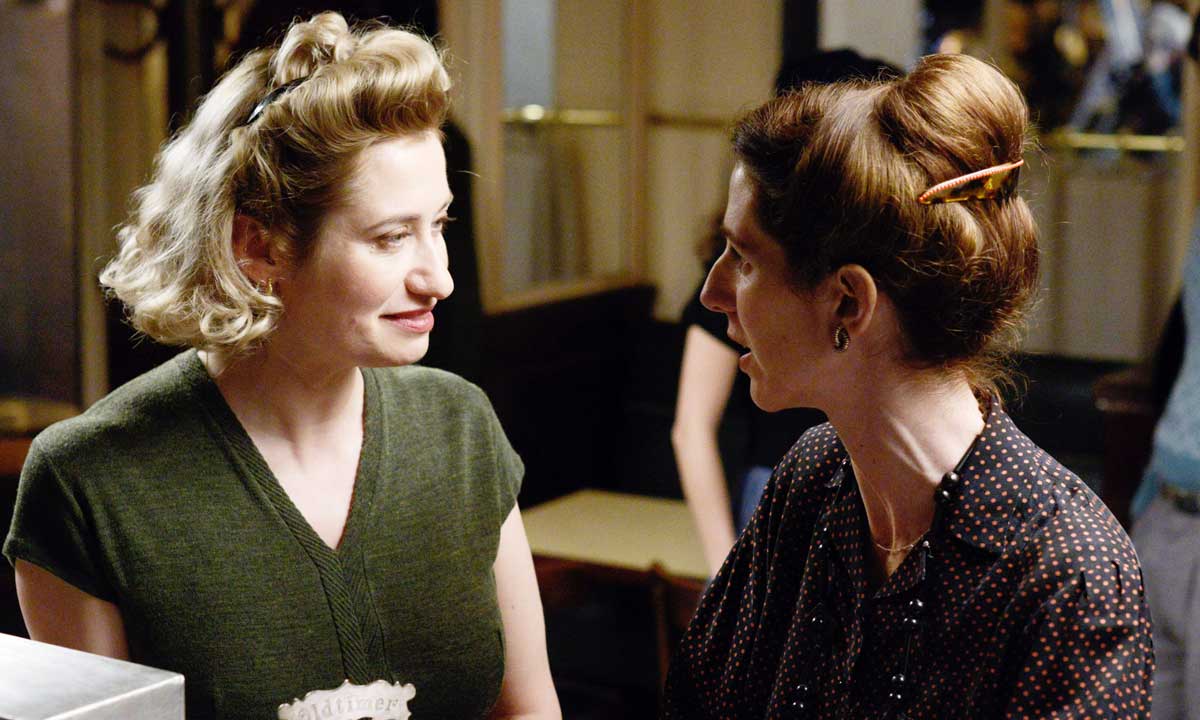 Living is the rarest thing in the world. Most people simply exist. In his fifth feature film, the French filmmaker Martin Provost decides to tell a true story, strong and full of details that has marked French thought throughout the last century. With a great parade of stars of literature and philosophy, an exquisite scenario and the inspired duo Emmanuelle Devos and Sandrine Kiberlain, Violette transforms, over the 139 minutes of recording, into a striking portrait of a unique figure in a heterosexual society that gets slapped every line of its controversial texts.

In the story, scripted by the director himself, we get to know more deeply the life of the writer Violette Leduc, a woman warrior who found salvation through writing. Her friendship and passion for Simone de Beauvoir is also meticulously shown. Feeling in a desert that monologue, defying the conventions of the time, breaking taboos, being admired by distinguished writers of the 20th century, the protagonist is very powerful. Emmanuelle Devos breathes a vigorous energy that is essential for us to sympathize with Violette. A great performance by this excellent actress, perhaps little known here in Brazil. There is at Globoplay. 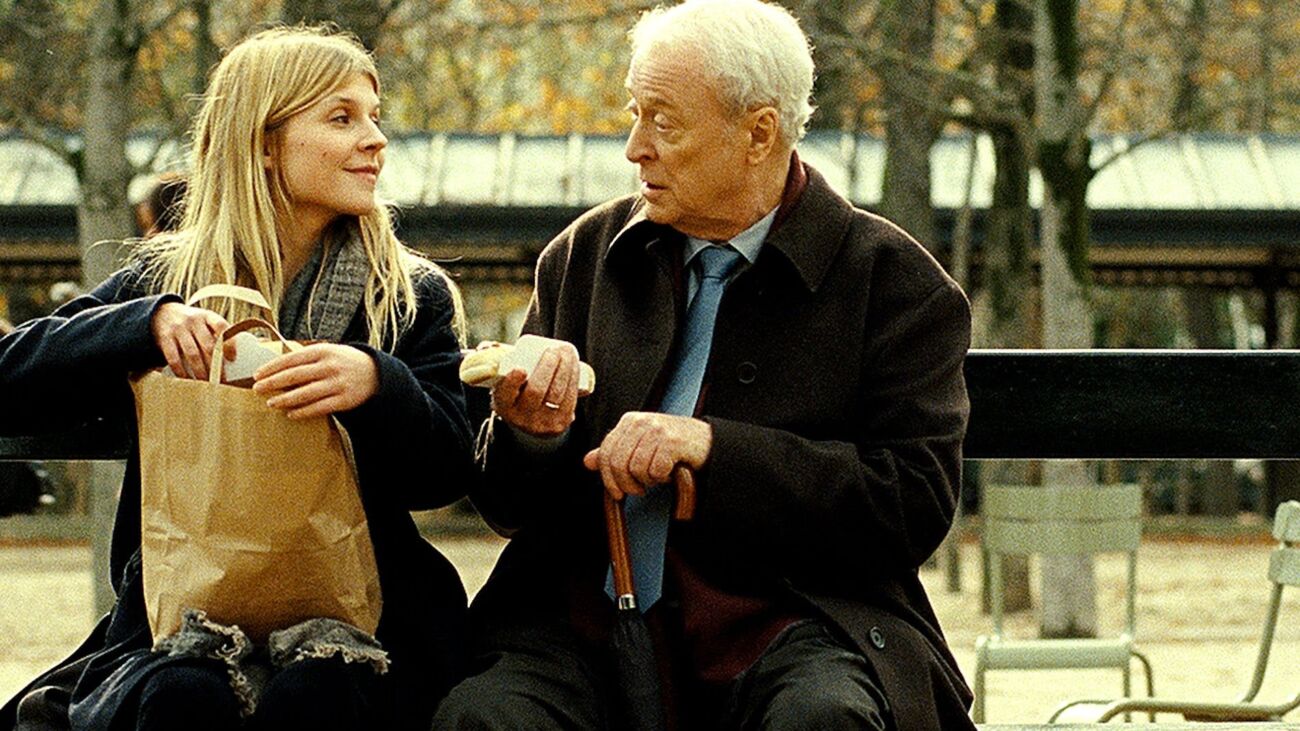 Is it sad to lose someone? Written and directed by German filmmaker Sandra Nettelbeck, based on the excellent film Helen (2009), The Last Love of Mr. Morgan is a film, that is to say sensitive. Anyone who has a difficult relationship with their father will see their structures shaken. The vulnerable protagonist, brilliantly played by Briton Michael Caine, guides the viewer through the force that the imaginary memories of his late wife have on him. Thus, we are immersed in a dramatic sea full of emotions at all times.

In the plot, we meet Matthew Morgan (Caine), a lonely grandfather who feels increasingly lonely after the loss of his lovely wife. The former philosophy professor at the prestigious Princeton University lives in Paris and seems to insist on not learning the local language. His life changes and takes on meaning when he meets the dance teacher Pauline (Clémence Poésy). Pauline’s emotions run high – which is intimidating at first for Mr Morgan – but he eventually comes to terms with the father-son relationship that develops, until the dramatic arrival of his two sons leading to an ending. more than exciting.