Among the different genres, horror is perhaps the one that has the greatest capacity for mutation and adaptation. Filmmakers specializing in the same field, when looking for it, always find new ways to represent the theme in their works. No wonder horror has several subgenres which, while sharing similarities in the atmosphere presented, are quite distinct from each other.

These “instructions” ended up becoming the infamous clichés that were repeated so much in the different copies produced, especially in the most financially successful ones, and ended up joining other features that worked in a certain work and were copied into others (as the fact of the Friday the 13th franchise inspired others like Camp Sinister). 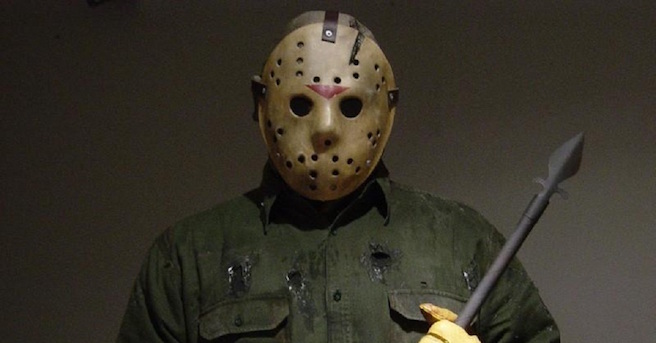 Jason’s franchise is the best-known example of a strictly followed slasher rule.

However, from time to time, some directors of the genre manage to produce works that weave, subliminally or not, meta-commentaries that draw the viewer’s attention to these standards and thus the film is able to openly criticize them. .

In 1986, Part 6 of the aforementioned Jason Voorhees franchise, titled Jason Vive, openly satirized several elements of the saga that were already famous; in 1996, director Wes Crave and screenwriter Kevin Williamson released the first Scream, which functions both as a tribute to the slasher (already sold out in 1996) and as a commentary on the conventions of this type of plot and how, knowing its rules, characters can survive certain death.

While studying in Los Alamos (New Mexico) director Drew Goddard had a question: the area had several scientists as residents, as it is traditionally an isolated place that the United States government used for nuclear weapon testing; this procedure dates back to July 1945 when the region was the scene of the first nuclear explosion during the tests of the famous Manhattan Project.

The memory of indifferent scientists has been reused by the director in his work.

Even so, although these scientists and workers, in the general sense, had the daily function of creating and improving weapons that could destroy humanity, they carried out their daily routine on the basis of a normal and even uninteresting routine. It was from this observation that Goddard brought Joss Whedon (long before the abuse allegations on his part were made public) the idea of ​​a new film.

The script written by the duo took only three days and initially features a plot similar to many others in horror. A group of young friends manage to rent a secluded mountain chalet for a vacation; Upon arriving there, they initially celebrate and act in a way appropriate to their age, but their lives are initially threatened by all manner of evil forces in the forest such as hauntings and zombies.

The obvious similarity to One Crazy Night: Death of the Devil, at first, and ultimately until Friday the 13th, is no coincidence. As the story unfolds, the protagonists realize that nothing that happens is accidental; unlike Panic, in which the characters slightly sketched out a perception of being in a horror movie with rules, in Secret of the Shack the notion of “following the rules to survive” does not apply. 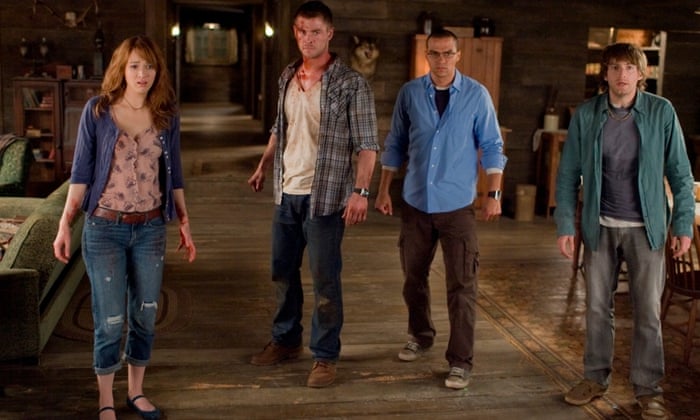 Knowing the “rules” is no longer enough.

Goddard’s story leaves much of its strength in the hands of the grand twist which, quite literally, is a “definitive” justification for everything that can and often does happen in works of horror. Even if the endless franchises of the genre are not mentioned directly, as it is not a crossover, its essences constitute the maximum of comments in the book on the existence of horror clichés (leaving aside the financial reason mentioned).

By dialoguing with the genre in which it operates, the film is quite original and its creator a broad connoisseur of horror history. Just as most famous franchises have lost, over time, their power to haunt audiences through endless sequels, The Secret of the Cabin has no intention of going down that route; on the contrary, its objective is to remove once and for all the veil of illusions from works of horror.