With its immense variety of productions, Netflix is ​​like an endless library (or video library) in which it is very easy to let certain titles go unnoticed. As with any establishment of this type, the biggest names generally tend to be visible to the visitor more clearly than anything else and in the case of Netflix, this example becomes more emphatic due to the existence of the algorithm that maps user preferences based on what they consume, thus presenting specimens considered most suitable for them and therefore hiding so many others that are not suitable for them.

One of those titles, without a doubt, is The Other Side of the Wind: Also known as Orson Welles’ latest work. The fake documentary of the famous documentary had an extremely complicated production, marked by legal proceedings, recordings that took years to complete and the scarcity of financial resources.

From the start, Welles treated the project as an independent work, in which he would not only mark his return to the good graces of Hollywood (as he believed), but also be a film in which he would have full control of everything. that would happen; it would be the opposite situation to what happened to him during the production of his most famous work, Citizen Kane, where the studio kept the director under control and had the final say. 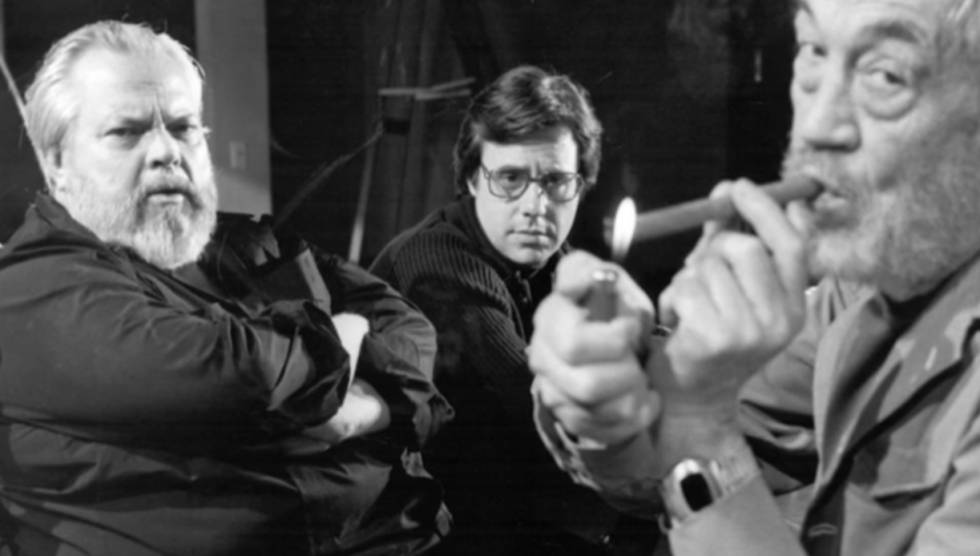 It is also very important when the idea for the film was conceived, especially given the length of development it translates from 1970 to 2018. When Welles announced that he was developing his next film, he was already a filmmaker. “exile”. in Europe and between 1948 and 1956, his productions were mainly concentrated there, such as Othello (1948) and The Immortal Story (1968).

The whole premise of The Other Side of the Wind is focused on the last day in the life of an award-winning director named Jake Hannaford, who, unable to adapt to the changes that cinema was going through mainly with the New Hollywood movement, decides to bet on it. on producing a final work that would contain all of the elements that were popular at the time by films like Bonnie and Clyde and A Man’s Last Night, namely sex and explicit violence.

So, with the film still unfinished, Hannaford throws a party at her house inviting critics and longtime associates to show off what was already in the material. As this narrative line develops, scenes from the film that is being screened at the party merge with it; featuring a couple of protagonists who never speak and involved in several explicitly erotic scenes. As this is an unfinished business, this secondary film does not show any clear narrative line that the viewer can follow to understand what is going on, even the characters at the party or involved in the production are not able to comprehend this. which is shown. 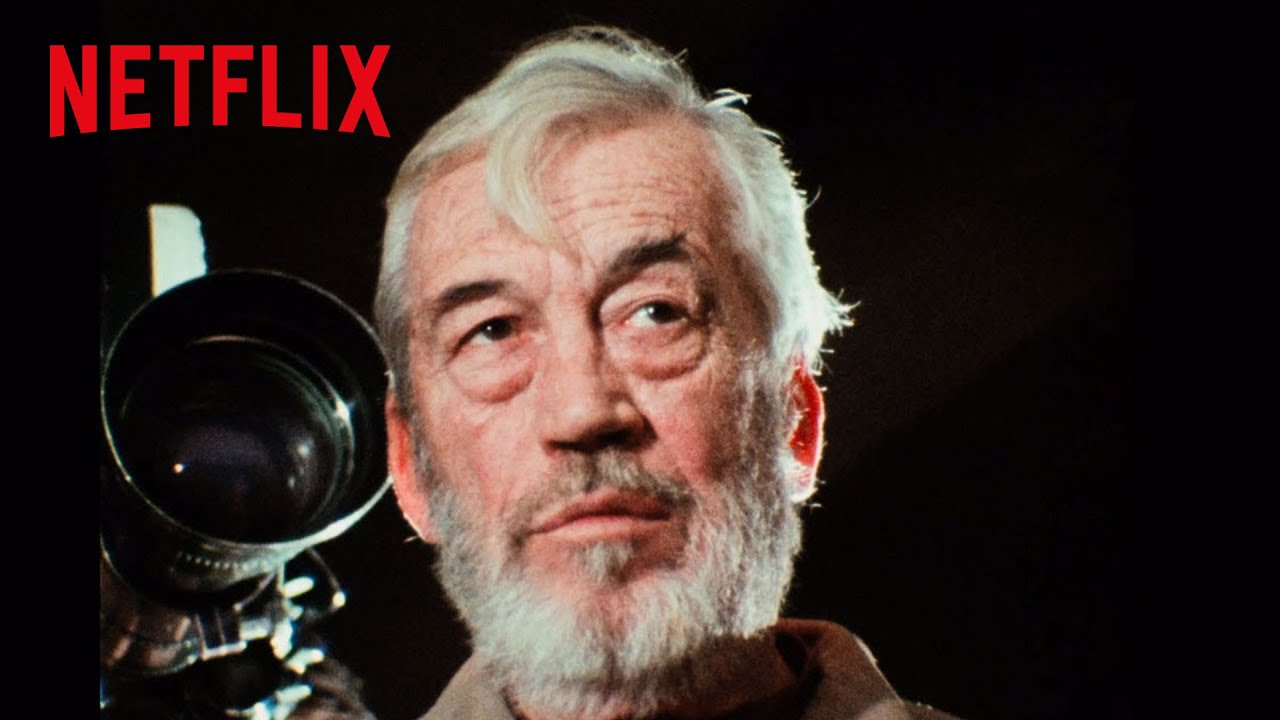 Regardless, Welles sets up its main plot with deliberately chaotic camera work among the various people at the party and overwhelming when it comes to the constant close-ups on the protagonist director. Narratively, the film does not follow a structure that faithfully simulates the formula of a documentary, but the camera has a very fluid presence in the scene, punctually focusing on several guests interacting in different rooms. Every now and then he gives targeted commentary from the observing character on everything that is going on.

In a conversation with Peter Bogdanovich, who was also a part of the cast, Welles pointed out what the plot structure would look like. “I will use multiple voices to tell the story. You listen to recorded conversations like interviews and you see a few different scenes happening at the same time ”.

The plot is also seen as an open metaphor for an artist’s aging process, varying in terms of the protagonist’s association with author Ernest Hemingway, that advocated by Orson Welles himself who met him in the 1930s, perhaps even with Alfred Hitchcock who in the past he was already unanimous in the industry, but in the final phase of his career, he encountered great difficulties in adapting to new times, thus delivering works considered mediocre such as Topázio and Cortina Torngada. 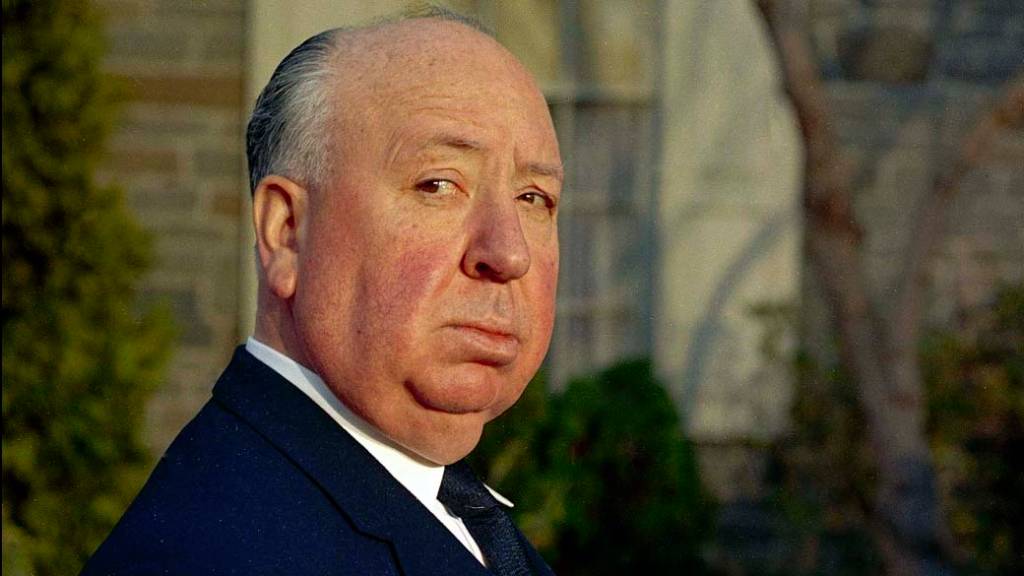 In the heyday of the 1970s, Hitchcock, like Hannaford, was far from the peak of his career

However, the most immediate and perhaps the most famous comparison ends up being the spirit behind the film. On the occasions when it has been asked whether the protagonist played by John Huston (another famous name in the Hollywood filmmaker’s pantheon) was a portrayal of his character, Orson Welles has been blunt in denying and throwing speculation in his lap. ‘Hemingway. However, it’s easy to compare The Other Side of the Wind as a satirical portrayal of Orson Welles’ own professional career.

Previously considered a film prodigy for the feat achieved with Citizen Kane and even as a distinguished communicator for one of the first mockumentaries in history, which was his War of the Worlds radio show in 1938, he gradually saw the studios turned their backs on him and with more and more difficulty in financing his projects, he turned to the European independent cinema market, which has matured since the 1950s.

It is precisely this complicated history of funding that Welles postponed the completion of O Outro Lado do Vento for decades. Initially, his main investor was Mehdi Boushehri, brother-in-law of the then Shah of Iran Reza Pahlavi. However, after the deposition of the Shah during the Iranian Revolution of 1979, the film was kept in a safe in France, first by the country’s new regime and then by the French producer of the Shah’s brother-in-law. 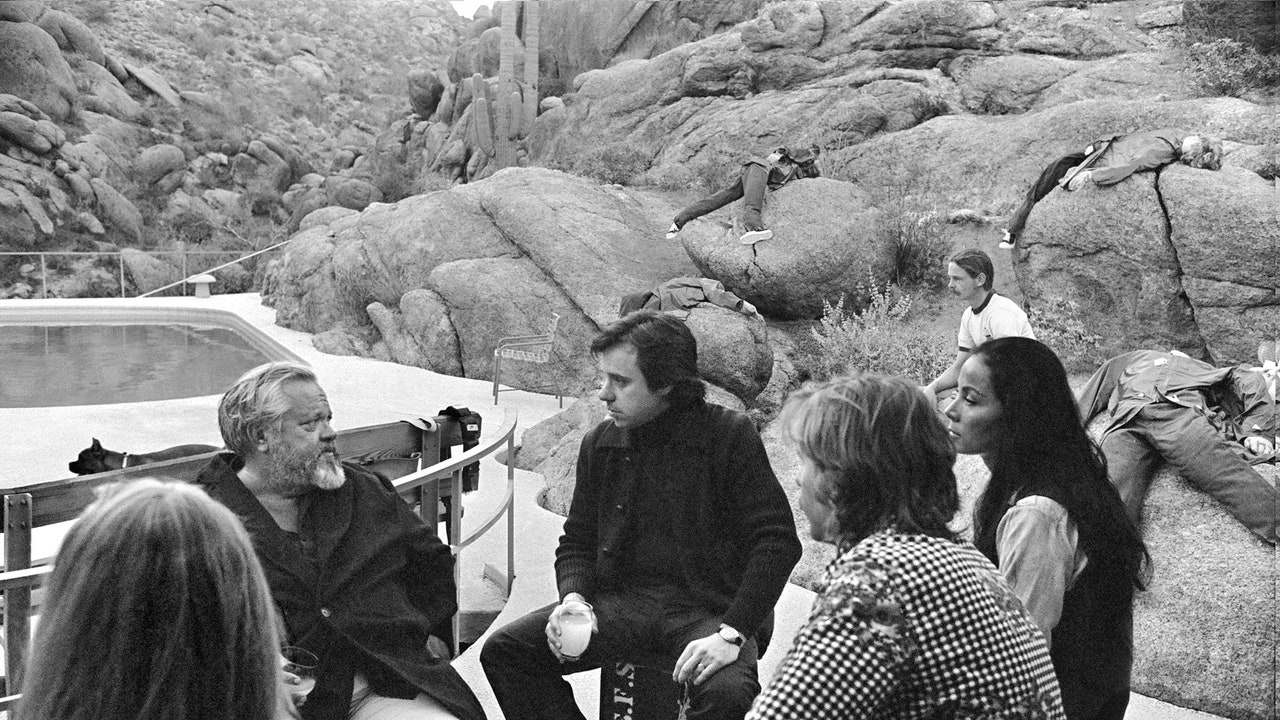 Financial problems, even geopolitical ones, indefinitely delayed the post-production of the film

Welles then began a legal battle to recover the rights to the negatives; As shown in the documentary Serei Amado When You Die, the filmmaker appealed to the old Napoleonic code relating to intellectual property, but the decision of the French court retained the rights with the producer.

On the arrival of 1985, Orson Welles died without ever having finished editing his last film. Still, his associates and relatives continued to fundraise to finish the production as close as possible to how the director dreamed of doing it. Around 1998, Mehdi Boushehri decided to negotiate the rights of the film in order to facilitate its release and thus be able to recover part of the investment.

A few years later, Bogdanovich announced that he would seek partners to complete the post-production of The Other Side of the Wind in an effort that lasted until 2018, when the final version was shown at the Venice Film Festival. and at the end of the year entered the Netflix catalog.

At the end of this saga, it’s very hard not to confuse the film with Welles’ career. A concept that originally could be the rebirth of a filmmaker a filmmaker who, at the start of his career, presented concepts that could change cinema, the story of a once great director who became a recycled shadow of him – even a director once considered a Hollywood prodigy for creating the greatest film of all time and in the later stages of his life, he needed to fund his own projects.

Everything in The Other Side of the Wind exudes the exhaustion, in a good way, of its creator, the fatigue that transpires in John Huston’s Jake Hannaford shows it well; the invasive cameras that take the party to the filmmaker’s house, like the vultures around the protagonist’s already deteriorated body, are the same ones that were very happy to show Orson in the later stages of life and yet the irony of some of them being filmmakers making recordings on the Hannaford Project; formerly camera manipulator, Hannaford Welles is now the victim.