Disney + has released the first poster for the “Simpsons” special episode, which will feature a crossover with Marvel characters.

In the plot, Loki is once again banished from Asgard and must face his most powerful opponents: The Simpsons and Springfield’s mightiest heroes.

With the help of Bart Simpson, the god of cheating will plan one of his greatest adventures to date.

Entitled “The Good, The Bart and the Loki”, the episode will be available in the Disney + catalog on July 7th. 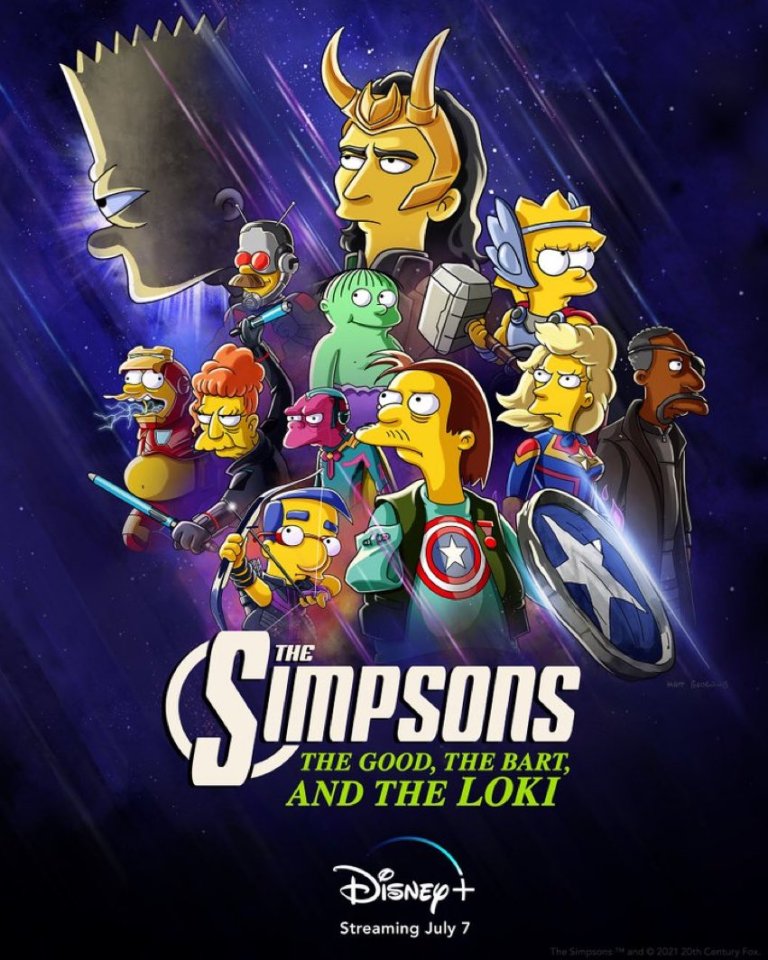 It’s nothing new that the animated series “The Simpsons” is making parodies and jokes involving the universe of POP culture, and producer Al Jean previously told Variety that the production would win a short film on the theme of Marvel.

On the occasion, Jean mentioned the new short film made in honor of Star Wars Day, titled Maggie Simpson in “The Force Awakens From Its Nap”, released on May 4th.

Reflecting on the endless possibilities that Disney’s purchase of Fox has brought to the acclaimed franchise, he pointed out that the creative process for new projects also involves looking for references within the streaming of Casa do Mickey itself:

“I won’t say what the next short will be, but it’s very exciting in a lot of ways. The only goal is to sort of run through Disney + titles, from Star Was to NatGeo, and plant our seed everywhere. “

And when asked if the Marvel Universe could make this crossover in an upcoming short, Jean pointed out:

“It could. I’m a huge Marvel fan. We’ve worked with him in a number of ways before. We’ve done a lot of parody of him. We’ve even brought some to the show, including Kevin Feige. So our relationship with them was just fantastic. And just as I was inspired by Star Wars for 40 years, I also grew up reading Marvel Comics and still have a lot of comics. If someone had told me that I would grow up to writing for Star Wars and Marvel, I would have been very happy.

It should be remembered that FOX has officially renewed the animation “The Simpsons” for TWO more seasons, ensuring its continuity until at least the 34th cycle.

During the current season, production has exceeded airing by 700 episodes.

“Everyone on our team is excited for a new makeover,” said Matt Groening, series creator. “Homer is going to lose his hair, Milhouse will be wearing contact lenses, and Bart will be celebrating his tenth birthday for the thirty-third time.”

The plot follows the satirical adventures of a working-class family in the dysfunctional town of Springfield.