The year 2011 has made history in the entertainment world for having one of the most controversial editions of the Oscars, thanks to the bizarre and chaotic performance of actors Anne Hathaway and James Franco – presenters of the award.

In an effort to captivate young audiences, the popular actor pair took the stage at the Dolby Theater to star in what would be one of the weirdest and most uncomfortable awards in cinema. While Franco was listless, maladjusted, and uncomfortable – unsure of how to proceed – Hathaway frightened everyone with his overly lively and cheerful style, which earned him comparisons to a cheerleader.

The actor, who was also one of the big Oscar nominees for his performance in the acclaimed biopic “ 127 Hours ”, has been accused of being under the influence of drugs – because of his behavior. 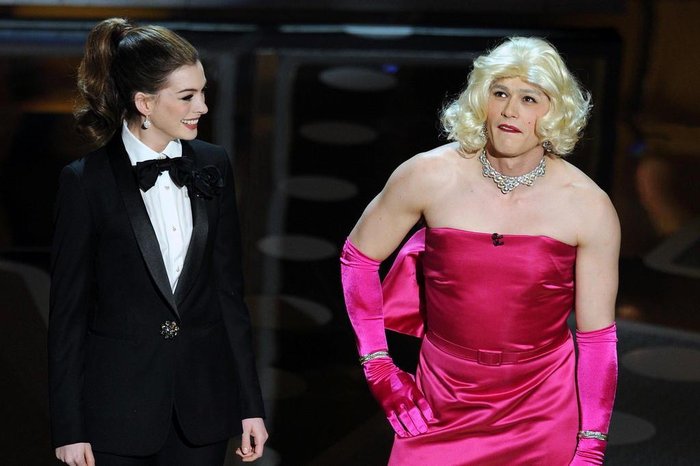 And 10 years after the notorious award, the truth about what really happened has surfaced. In a recent interview with Portal Ringer, the 2011 Oscars writers revealed details and pointed out that the event was already doomed even before the big day:

“It was like the most uncomfortable blind date in the world, between the rocker and the drug addict and the adorable cheerleader from the drama camp,” said David Wild, one of the screenwriters of this year on the Franco and Hathaway monologue.

During the months of preparation, “Anne made herself available,” said Jordan Rubin, another screenwriter at the awards show. “I went to her house and worked on the script and she did a series of video conferences, as well as answering emails. And yet, she was a great collaborator ”.

Franco, on the other hand, was making a movie while he was also immersed in his studies (he was teaching or taking courses at three different colleges, including Yale).

“He always seemed to be on a flight and it was very difficult to be able to talk to him,” said Rubin. “It used to be a red flag.”

And once the couple started working together, it was obvious that they had completely different personalities. According to the authors, the two were unable to connect and develop engaging chemistry during the prep and rehearsal process, which directly affected the Oscars presentation, resulting in a Strange Night, which marked the history of the ‘industry.