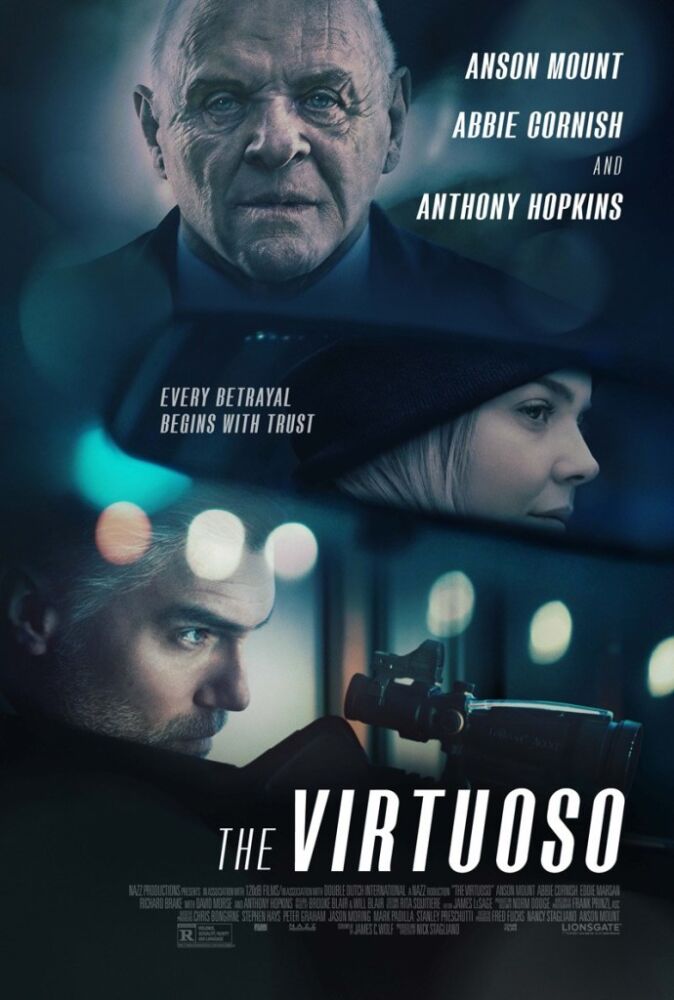 The film is directed and written by Nick Stagliano.

Danger, lies and homicide fall on a small country town when a professional assassin (Anson Mount) accepts an assignment from his enigmatic mentor and boss (Hopkins). With cryptic clues as to where and when to go, the methodical mercenary must identify his target in a crowd, which includes a local sheriff. Meanwhile, an encounter with a woman threatens his mission.

“ The Virtuoso ” opens in select theaters in the United States and on VOD on April 30.