Recording of “Thor: Love and Thunder” is still underway in Sydney, the capital of Australia, and Tessa Thompson was the new star to step on the sidelines.

In her Instagram profile, the Valkyrie performer posted a few posts and one of them shows a chair reserved for her.

In the caption she wrote: 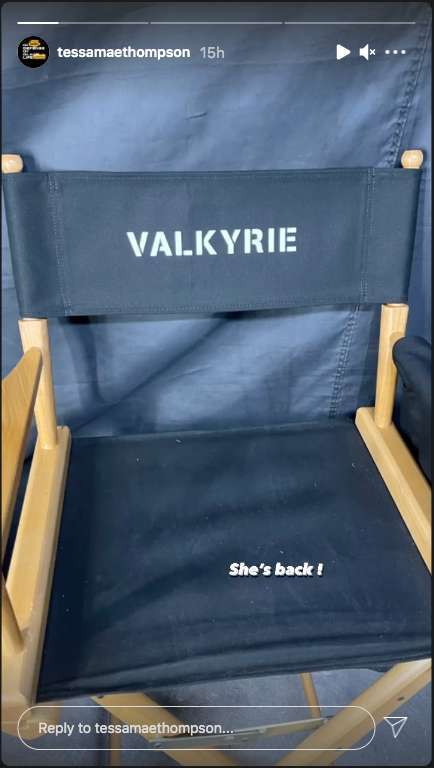 It’s likely that the choice of the call had to do with a specific moment of the God of Thunder (Hemsworth) in ‘Avengers: Endgame’: in a certain scene, the hero goes into depression after being defeated by Thanos ( Josh Brolin), leading – to gain weight and be pushed by his mother, Frigga, who tells him to eat a plate of salad.