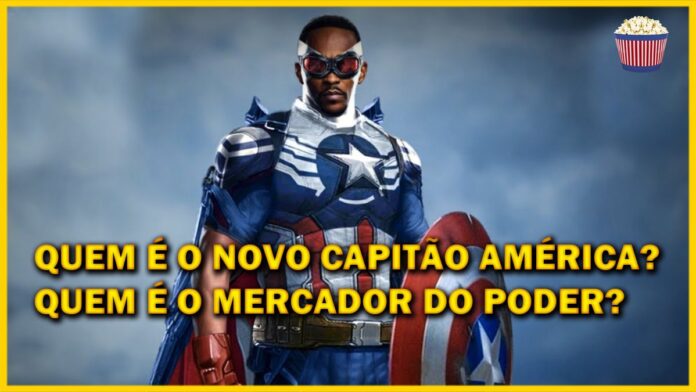 Some fans suspected Sharon Carter (Emily VanCamp) of being behind the villain … which turned out to be a reality in the end of the series.

In the plot, the merchant of power is tasked with providing information and refuge to the stateless, a terrorist organization that aims to unify the world under a single government.

In this way, terrorists led by Karli Morgenthau (Erin Kellyman) have access to a version of the Super Soldier’s Serum, which makes them unbeatable.

But why did Sharon decide to help them?

She created the Super Soldiers because she wanted revenge for a system that had damaged her, calling her a criminal for helping Captain America during the Civil War.

Even after her long years in the service of the United States, she was forced to live as a fugitive and witnessed government atrocities in poor countries, like Madripoor, where she remained on the run.

After John Walker (Wyatt Russell) kills one of the stateless people, Sharon realizes his crusade was going too far … In an attempt to keep her secret tight, she returns to the United States to help Sam (Anthony Mackie) and Bucky (Sebastian Stan) to take down the terrorists.

By shooting Karli and Batroc (Georges St-Pierre), Sharon finally reveals himself as the merchant of power, keeping his identity safe.

After that, she calls someone and says “they” now have access to all government secrets, something far more valuable than some very powerful individuals.

Sharon’s plot ends in a post-credit scene, when she receives government pardon and is readmitted to US special intelligence forces.

So far, there is no clue as to her future in the MCU or if she will remain the Power Vendor … so it’s unclear if her arc will play out in the movies or in possible new seasons of series.

So, what did you think of “Falcão and the Winter Soldier”?