The film humorously addresses the many memories left behind by broken relationships, such as photos, toys, books, and the emotional accumulators that hold these items. After being abandoned by her latest boyfriend, Lucy is motivated by her new friend, Nick, to start the Broken Heart Gallery, encouraging movement and a new beginning for all romantics and even for herself. What the two did not imagine, or perhaps try to escape from this fact, is that they would be thrilled for each other. 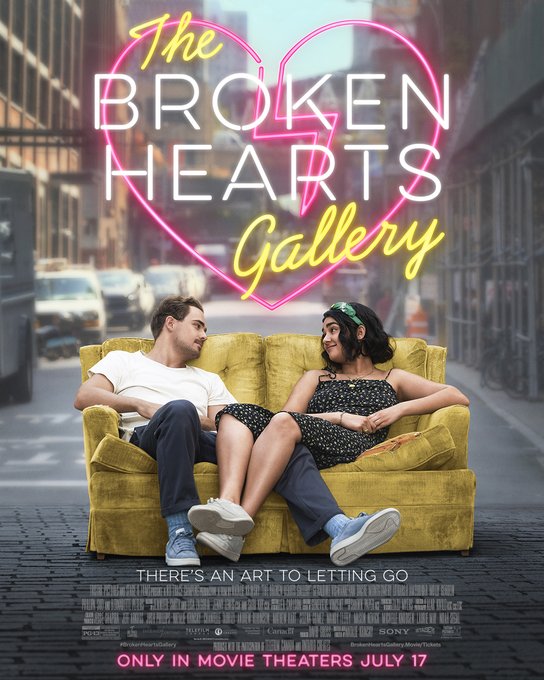