The new children’s show “Waffles + Mochi”, presented by former First Lady Michelle Obama, is now available on Netflix. The production debuted this Tuesday (16), on the schedule.

The production features two curious puppets who travel the world to discover the wonders of food and the cultures they cross, discovering ingredients from all over the world.

The program is part of her deal with her husband and former President Barack Obama with the streaming giant and aims to encourage children to eat healthier.

The series has 10 episodes.

“Waffles + Mochi” will also be produced by Barack Obama and co-creators Jeremy Konner and Erika Thormahlen.

Check out the first images of the series, followed by its full synopsis: 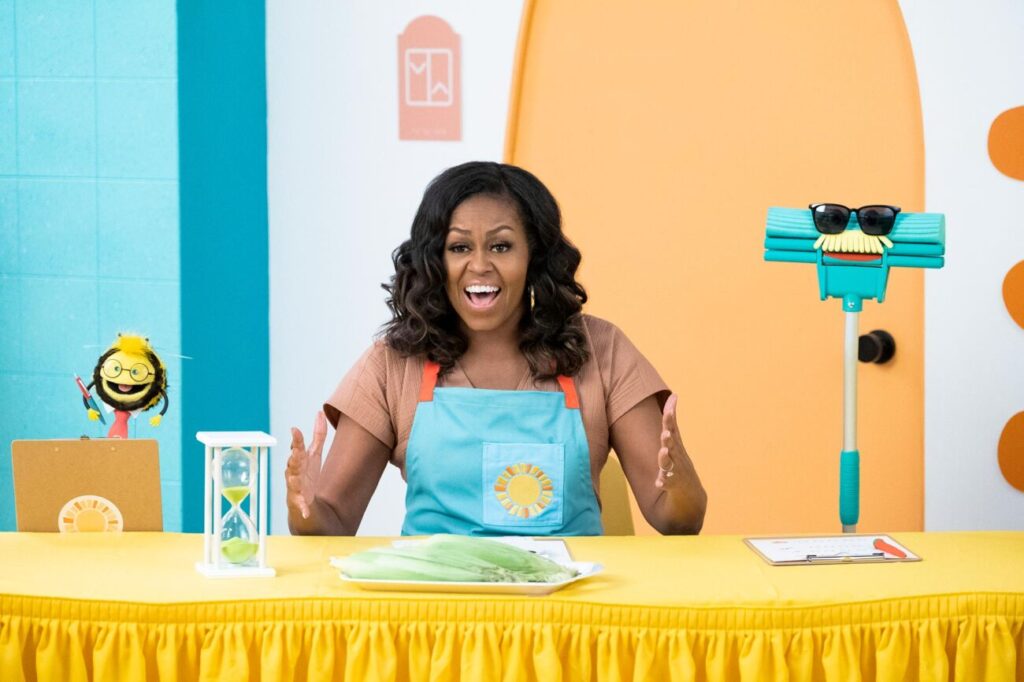 Michelle Obama, in a blue apron, sits at a yellow table between a bee puppet wearing a red tie and a teal-colored mop puppet, looking surprised as they judge a contest. 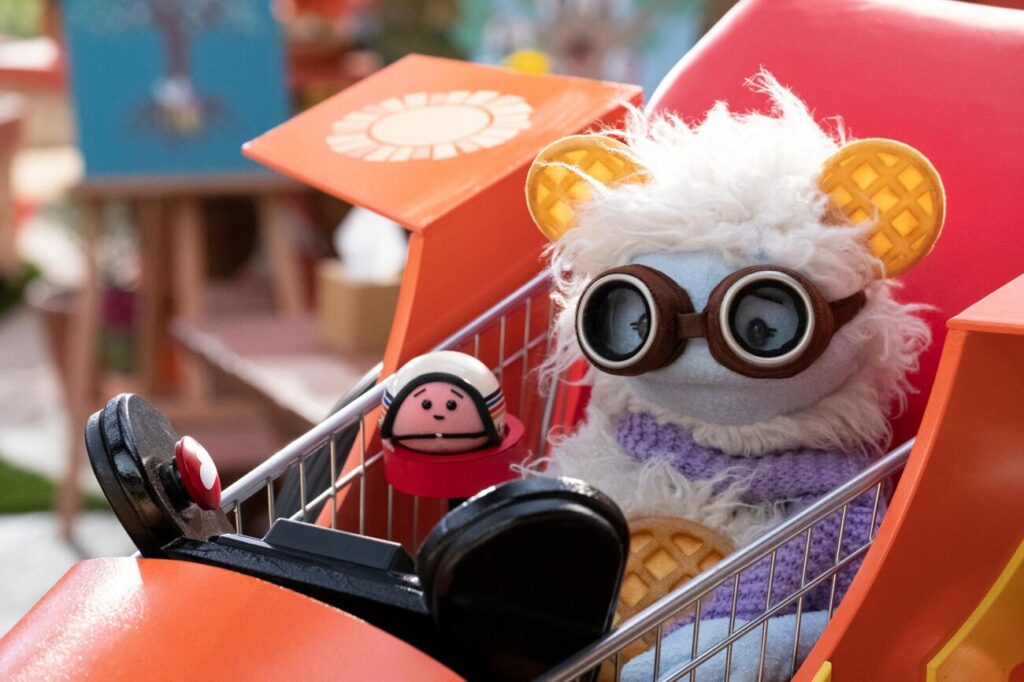 A white and blue furry puppet with frozen waffle ears, wearing flight goggles, sits next to a round pink mochi puppet, wearing a helmet. They are inside a flying kart smiling for the camera. 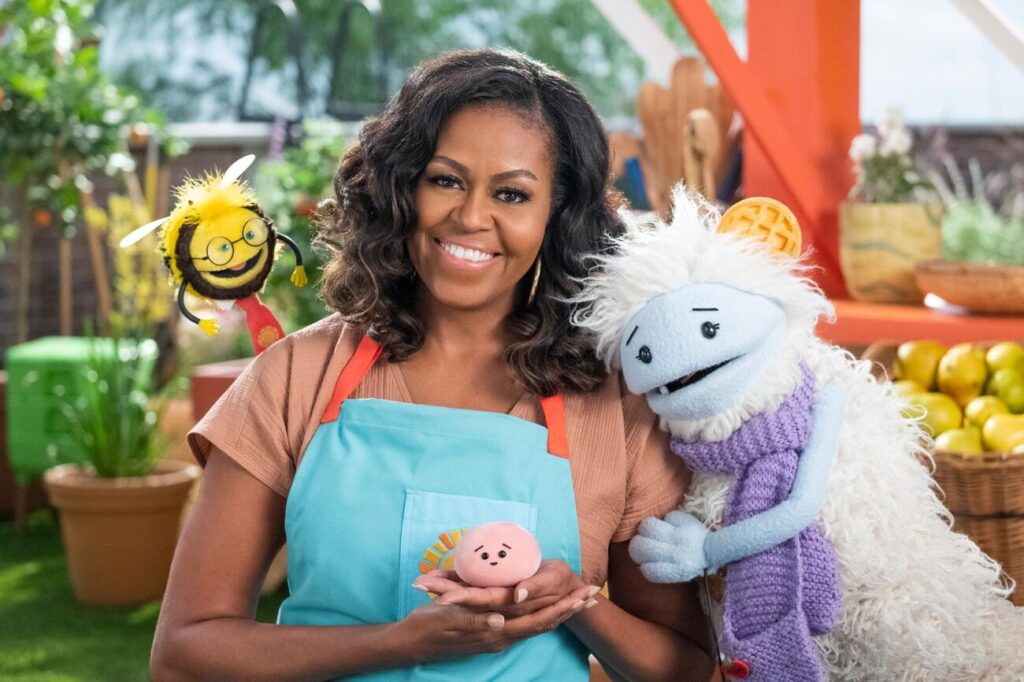 Michelle Obama, in a blue apron, stands in a rooftop garden, posing for the camera and holding a round pink mochi puppet. A bee puppet wearing a red tie hovers over her shoulder as a white and blue furry puppet with frozen waffle ears kisses her.

“Once upon a time there was a thyme… In the depths of the Land of the Frozen, lived two best friends, Waffles and Mochi, with a common dream: to become chefs! The only problem? Everything they cooked was made of ice. When these two friends are suddenly hired as the youngest employees of an extravagant supermarket, they are ready for the culinary adventure of a lifetime. With the help of friendly new faces like the supermarket owner, Mrs. Obama, and a magical flying shopping cart as their guide, Waffles and Mochi embarked on global ingredient missions, visiting kitchens, restaurants, farms and homes around the world, cooking recipes with everyday ingredients alongside renowned chefs, home cooks, children and celebrities. Whether they’re harvesting potatoes in the Andes of Peru, trying spices in Italy, or making miso in Japan, these curious explorers uncover the wonders of food and find that every meal is an opportunity to make new friends. . Waffles + Mochi is an exciting invitation for children and adults to cook together in the kitchen and connect with cultures around the world ”.