Cinema is always a gathering, a great bond, of people who like to understand the feelings that cross the universe in which we live. Thinking better to understand the origins of the beloved taste of the seventh art, this humble movie buff who writes to you spontaneously has resolved to send a questionnaire to an incredible selection of Brazilian moviegoers with the aim of exchanging experiences on all they have. lived during those years of love. At the movie theater.

Our guest today is one of the people who watch the most movies per year in the state of Rio de Janeiro. With the memory of making any film lover jealous, always sympathetic and receptive at the end of the sessions to talk about the film seen, Kathia Pompeu is Woodyallean, journalist, editor-in-chief of a design and art magazine, project director at Agência Ângulo , movie buff, jazzy, comic book collector, Batman fan, disneymaniac and NY lover.

1) In your city, what is your favorite cinema in relation to the programming? Detail the reason for the choice.

I really like the Botafogo circuit, which concentrates many options of venues and programs, like the Estação (which I have been attending since the inauguration), which sharpens my cinematic look.

2) What’s the first movie that you remember seeing and thinking: the cinema is a different place?

This question has to do with my existence, since my mother gave birth in one of those old cinemas in Cinelândia during the screening of Belo Antonio, by Mauro Bolognini, with Mastroianni in the title role. I think that’s when it all started. I was born a cinephile!

Elipse, about ten years later, I remember my uncle (his father’s) taking me to watch When Carnival Arrives, by Cacá Diegues, in Odeon – also in Cinelândia. I was fascinated by this glamorous space, this huge screen dominating my eyes. It all seemed magical, and it is!

3) Who is your favorite director and his favorite movie?

Woody Allen, for everything! I like each of his many films in different ways, but I’m going to choose Annie Hall here, because I was the first one I watched, one 80s afternoon at Cine Joia in Copacabana. It was love at first sight.

4) What is your favorite national film and why?

One of the great loves at the start of my film life was Glauber Rocha, and I had the privilege of watching God and the Devil in the Land of the Sun, in Rian – a cinema that was by the sea in Copacabana. It was a time when the vast majority of theaters only had one theater, showing the same movie in all sessions, and we could stay in the theater, if we wanted, to watch the movie again. So I went there to see Glauber’s sacred profane, by chance, during the first session … and this visual baroque, the spectacular black and white photography of Waldemar Lima, the Brazilian Bachianas n.5 of Villas Lobo, the Rosa and Manuel’s saga in the Bahian hinterland, the cangaço of a camera almost always in hand and many ideas in the Glauberian head struck me. I saw him and saw him again in a hypnotic sequence. When I left Rian, it was already dark and I was completely fascinated by this masterpiece of Brazilian cinema.

5) What does being a movie buff mean to you?

Do you know Cecília, by Rosa Púrpura do Cairo, a character created by Mr. Allen and masterfully played by Mia? It’s me. The cinema is my refuge, my window to the world, my therapy couch, my connection to other cultures, languages ​​and, in a very special way, a place to make friends. No wonder most of my best friends that I have met and live in theaters.

6) Do you think the cinemas you know have programming made by people who understand cinema?

No. Without value judgment, I think some cinema networks are programmed for the purpose of a successful business relationship, reaching large audiences and a box office. There is a large audience that wants this and is served. For this reason, I believe that the resistance of dedicated theaters that open spaces for films, shows and festivals organized by people with a broad vision of the world of cinema is fundamental, and that the profit comes from a program as varied as it is attractive for different audiences.

7) Will cinemas ever end?

I hope not. It’s a collective technological experience that can evolve into endless possibilities – which includes comfort, sound quality, image and feel. I have some good gear in my house, but it doesn’t rival, let alone exclude, the fascination and magic of this dark room.

8) Indicate a movie that you think many haven’t seen but which is great.

Wow! My friends see everything and a lot. Difficult task to indicate something to this group which explores unimaginable productions.

9) Do you think theaters should reopen before we have a vaccine for covid-19?

10) How do you see the quality of Brazilian cinema today?

Better and better. A new generation of films with the protagonism of a creative team and artists who cross all genres, proposals and audiences.

11) Tell the Brazilian artist that you don’t miss a movie.

The list, fortunately, is long, but I go to Kleber Mendonça Filho, a creator of masterpieces that lead to the reflection of a Brazil with many cultural and social layers. An intense director who, from film to film, builds a collection imprinted with his own language, recognizable in the foreground, which always moves me. A cinema that dialogues with me.

Another name that I will highlight here is that of my brother Hsu Chian, a director who combines proactivity, versatility and a long history of participation behind the scenes of national cinema. I even lost count of how many films he collaborated on, but I know all of them that he wrote and directed. I am a fan beyond friendship. I see everything he does and, most of the time, sit next to him in the audience.

12) Define cinema with a sentence:

“There is no place like home”, which in this context are cinemas. The house of moviegoers.

13) Tell an unusual story that you witnessed in a movie theater.

The 90s. My husband, Marco, and I took our 11 month old baby, Nathalia, to watch Aristogatas in a 3pm shoot at the Star Copacabana. We sat in the first row, so she could have a freer view of the screen. As the film progressed, we noticed an intense movement in the audience, especially male ones. It was a back and forth, a walk down the halls, a sit-up … until we figured out there was a cruise through the room. This audience was not really interested in Disney animation. The space was already occupied for meetings without compromise. Only me and Marco didn’t know … much less Nath, fueled by the heavy jazz of kittens rolling across the screen. Around us, in the darkness of the cinema, a lively crowd was enjoying the sound of “Everyone wants the life of a cat”.

15) You are an avid film enthusiast of the many cinema screenings annually in RJ cinemas. What do you think cinemas need to improve to be increasingly crowded with moviegoers?

Cinéfilo is a generic term, so I would bet on the variety of films, always … of origin, genre, language, proposal. The greater the diversity, the greater the scope.

16) What is the worst movie you have seen in your life?

I’m going to let you down and say nothing about Nicolas Cage, (laughs). But I saw a lot of bombs there, but I have the advantage of having selective memory.

17) Indicate films for the new generation who would like to be a cinephile and know a little about the great classics of cinema.

Fundamental films of cinema are in all possible lists. I prefer to say that to be a cinephile, watch a lot of films, a lot, in order to form an enlightened gaze. Later, it’s even legal to filter preferences. When I started to immerse myself in the world of cinema, I first became enthusiastic about directors, especially Europeans. Then I started to connect with language movements, such as Nouvelle Vague, Néorealisme, Nouveau Cinéma, among the essentials, through alternative, experimental, underground and independent titles. And so on … cycles without borders.

Today, I am a cinephile who remains curious, but I am more demanding in my interests. And when I say demanding, there is no pedantry in the term, it’s just a greater certainty in the choice of what makes me happy to watch it in the cinema.

“ The Boys ”: the creator promises a big SURUBA of heroes in season 3

“Panic in the Forest”: death traps in the new trailer for the reboot; Check out! 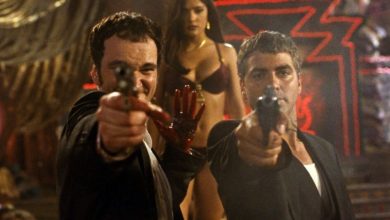 ‘A Drink in Hell’ will get a new animated series! 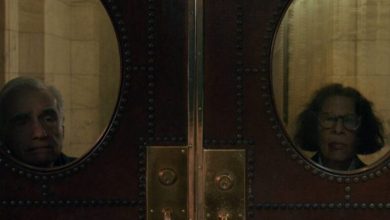