The feature film remained in the Best Animation category, competing with works such as “Soul” and “Dois Irmãos” (both from Disney / Pixar).

The winners will be announced on April 25.

The film is directed by Tomm Moore and Ross Stewart.

In a time of superstition and magic, a young apprentice hunter, Robyn Goodfellowe, travels to Ireland with her father to exterminate the last pack of wolves. While exploring forbidden lands beyond the city walls, Robyn befriends Mebh, a young free spirit and member of a mysterious tribe who has the ability to transform into a wolf at night. As they search for Mebh’s mother, Robyn uncovers secrets that take her deeper into the world of the Wolkwalkers – and risks becoming everything her father hates the most. 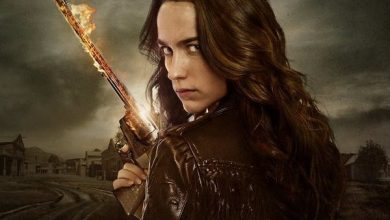 ‘Wynonna Earp’: the cast promises an exciting ending in the video of the last episode