According to Variety, BBC Three has given the green light to the comedy horror series “ Wrecked, ” which will consist of six episodes.

Ryan J. Brown will be responsible for the script.

“The storyline will take place on a cruise ship and follow new recruit Jamie, a 19-year-old who joins the crew in search of his missing sister. She worked on the same ship on a previous trip and never returned home. Jamie is introduced to cruising and has a crash course in groups of teenagers on the crew who party a lot and remain oblivious to the bloody murders that take place on board. Jamie is forced to become a detective and uncover the grim truth.

“In this series, the deaths will be brutal, the laughter will be loud and the emotional moments will be real,” says screenwriter Brown. “I wanted to create something in the same style as ‘Panic’, with the atmosphere of ‘The Shining’ and the mythology of ‘The Secret of the Cabin’. Ultimately, “Wrecked” is a maturing story about a young, lost, gay man who embarks on a journey of paranoia and self-discovery. 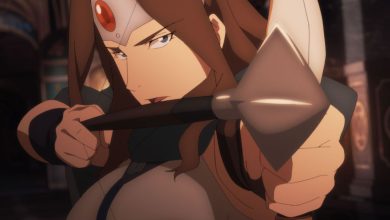